Skip to content
January 15, 2018January 15, 2018Douglas BrooksLeave a comment
“I refuse to accept the view that mankind is so tragically bound to the starless midnight of racism and war that the bright daybreak of peace and brotherhood can never become a reality.”
–Dr. Martin Luther King, Jr. 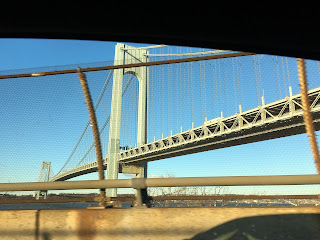 In celebration of Dr. King today it strikes me as particularly important to begin with the truth. We need a reckoning with truth itself and, as I see it, we are both succeeding and failing in our aspirations. With Trump the truth itself is under siege. What he deems “fake” is true and his alternative narratives, the ”alternative truth”— better known by it’s real name, “lying”— holds nearly half the population in its throes. The very structures of democracy depend on credibility and trust as we contend for meaning. However we have contested in the past for policy and ideology, we today contest for the facts and for the integrity that is necessary to sustain even a semblance of decency. Truth will only fail us if we fail to tell the truth.

We must ask ourselves who we want to be by examining who we really are, who we have been, what we could become. Only by facing the truths of history will we find the better angels of our nature. We have never been wholly truthful or honest with ourselves as a nation and so have yet to enter this conversation as seriously as we might. Now is a particularly good time because Trump is everything about America that we know we have been and the very form of all we must not be or become.

So let us be plain: we have before us in Trump— this vile, corrupt racist and incompetent narcissist—an example of all that America must never _truly_ become, the very rejection of our ideals, a person who fails even the most elementary tests of decency. In Dr. King’s teaching and in his memory we can create an alternative that speaks to an America that we might become, one that is more honest, decent, and true to its impossible propositions. In Dr King we have a chance to ask ourselves about both our failures and our hopes. We can learn about an America that has in its shadow a more vivid possibility for understanding our true identity and our possibilities. That true identity includes the institutions and structures of systemic white supremacy that are as real as our most cherished and valued propositions of equality. We have failed to take our shadow seriously and today, on Dr. King’s birthday, I think we have yet another opportunity to reflect. Everyday could be a “new birth of freedom” if we choose King over Trump.

Let us begin with Charles Blow who offers us a useful definition: “Racism is simply the belief that race is an inherent and determining factor in a person’s or a people’s character and capabilities, rendering some inferior and others superior.” Trump is racist. Period. This is what Blow and all of us recognize to be a fact. There is no alternative fact or plausible interpretation of his words or behaviors.

Our American racism is built not only on a history that includes the institution of slavery as lawful but on the value of white supremacy as its foundational basis. The history of our politics is the history of these facts, Trump’s facts. Trump is a white supremacist, racist as the day is long and the night longer still. This implicit claim to white supremacy is as _fundamental_ to the origins of America as the immortal words of our self-evident truths and ideals. This is America’s shadow truth that follows its light.

To be clear:
White supremacy values, which appear plainly in the American Constitution as law, in the correction of the 13th Amendment, in the entire history of our inequality under the law, are the great shadow truth of America. Lincoln, Kennedy, Johnson, Obama, and King particularly give voice to _both_ the light and the shadow that forms us. They all knew that the words of the Declaration are but half our story, the light of impossible but beautiful declarations of human possibility. We are _not_ ALL light, not in politics, not in spirit, or in any honest assessment of human reality. We are humans seeking a more perfect union with our better selves only when we are willing to see the shadow that follows along with the light.

Trump makes it plain that we are failing and that his very presence in the office of the Presidency is a reminder of our failure. That failure is both political and moral, it is factual and deeply embedded in our national character and in our individual experiences. We speak as if there is only the light of freedom to which we must aspire, but the truth cuts more deeply. To understand America is to see those higher aspirations in the burning light of the truth of our pain, our failure, our shadow that is so vividly presented in the person and in the presidency of Trump.

There will be no American greatness until we embrace both the shadow and the light of our deepest truths. Jefferson the slave owner put into words our light, our most precious ideals, as did the incrementalist and flawed presidency and person of Lincoln. Today we celebrate Dr. King, himself a complex person of great light and real shadow. We know he had his own demons and personal failures. Are any of us exempt? Had he lived I believe he would have had the opportunity to confront these facts of self and politics with even greater honesty.

But what King brings so vividly to our Amercian story and to our spiritual hearts is the acknowledgement that our shadow is just as real as the light that burns brightly. King understood that our founding was not only rooted in uplifting aspirations of the Declaration but in the facts of the Constitution that reveals our deeply flawed American character.

As a nation have not prepared ourselves to do that work, we show little interest in engaging our great task. We argue with and about Trumpism but what we are seeing is a citizenry unprepared and largely unwilling to contend with the contradictions of our history.

In Trump we have a tragic opportunity: he is that darkness of our shadow. Today we celebrate King as the light that can look into that shadow. Dr King gave us an alternative, a land of hopes and dreams that will not forsake the immortal words, even if they were composed by a slave owner, ensconced in our flawed immorality. He taught us, and invited us to look into our souls and to see the darkness as clearly as the light, to examine and contend with the shadow of America so that we might yet create a vision of the shining castle on the hill. It is a day to celebrate King’s possibilities and to refute just as plainly the falsity and corruption that is Trumpism, America’s latest failure of its greatest promise.