Skip to content
October 8, 2018October 8, 2018Douglas BrooksLeave a comment
Don’t hold this against me. I’m perfectly happy to tell edifying stories about who we _could_ be. My life depends on that or at least some significant portion of my livelihood.  I have tried not to fool people with the usual unicorn nonsense but given the furtherance of Kali Yuga, you can call on me for most anything if you need it.  Let’s start with some stone cold facts, okay?  We can move on to consolation fantasy soon enough. 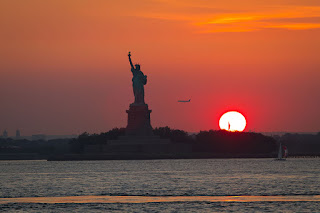 Now, despite the fact that the universe has no intrinsic meaning, purpose, or reason to exist, is entirely bereft of supernal agency or design, and otherwise turns us out as the strange consequence of stochastic caprice, it sure does have a way of being ironic. Evidencing a level of contumacy unwitnessed in any living memory, the American republic this past week made itself a spectacle of refractory nihilism and mob rule. When the minority that rules us decides there is no longer the need even for the pretext of decency, we have Kavanaugh’s America, sort of like Trump, only worse because it’s not nearly as stupid. Without a hint of fourberie, they were straight faced while dissimulating, more like mugging for their low information base which are now declared to be “pumped up” for the midterms by this debacle. No doubt. So where’s the irony?

Well, Amazon—that bastion of Who Me, Steal Your Life? Capitalism we all can’t live without—released Season 3 of The Man in the High Castle. Sure, I’m a sucker for anything that filters and foments some Phillip K. Dick sci-fi but this is downright prescient for its coincidental weirdness. You see, this story begins in a world in which America lost WWII and we are ruled by the Japanese on the west coast and the Nazi Reich in the east. In between there is some wild west neutral zone that is more like rural Blade Runner meets the Pale Rider. The twist is that there is more than one time line, an alt-reality in which the principals have different lives because, well, America won the war over _there_, in _that_ reality. It strikes me as Trump Wins is all too much like the time line in which the Reich won and here we are living in America wishing it were Alt-America. Problem is, we know all too well how we got here even if getting out is _everyday_ a more precarious matter.

We got here because white America—a motley coalition of the rightwing rich, the suburban and exurban class that thinks “fiscal conservative” is somehow Republican tax cuts, and the all too familiar low information Fox-viewing religious, rural know-nothings—decided that a narcissistic, misogynist, soulless buffoon should reset the nation’s temperature to stupid. They are angry at us liberals and elites because they know that we think their religion, selfishness, and hypocrisy is exactly what it is: nonsense, superstitious folly, anachronistic idiocy. They resent the truth they are committed to denying.

I am genuinely sad to say that what links them all together is that they share in Trump’s most distinctive personality trait: anything that does not affirm their worldview is worth scorn and must be answered with cruelty. Trump likes that cruelty, in fact, he seems to need it just to make it through a day: someone has to pay for his inability to manage himself.

There’s a meanness in America—I think it’s always been there, founded as we are on pogrom of the native population and the importation of an enslaved labor force—which is _also_ why we are such a generous people, I mean to charity, to neighbors, to whomever needs a hand. Our shadow is so deep and so dark we act it out by phoning in our donations and serving up soup, doing dishes like VP-candidate Ryan did.

Alternately, we could actually create an entirely different paradigm for the dignity of work, a living wage, real opportunities that redress structural inequality, and so engage our long, sordid history of racism and misogyny but that would require levels of self-reflection that the majority does not even know it would need. Why bother? There’s the playoffs, the new season, wtf gets you to look the other way.

So as I predicted with the usual dose of caustic, sardonic candor, we now have the Kavanaugh Court. There were the hopeful, the holdouts, the ones who thought that the likes of Collins or Manchin or Flake might have been born actual vertebrates. In this timeline—the one where the Reich rules—that was never going to happen. Only in some alt-hopeful world in which the magic of mudras or the next meditation saves you do people come to their senses—or rather avail themselves of the insensate escape, at a price.

Can this change? In what alt-America is there another Obama who can win rather than another Democratic Senator grifting on this most current loss and making sure his or her rivals are swiftly dispatched to some more time with the family oblivion. It is supposed to be the one that votes in the midterm, provided the Russians, North Koreans, Chinese, or someone who has real reason to hate us like the Canadians or Norweigians hack the election. If people vote will the votes count or be counted? And how much does that matter now that the issues of the day will be legislated by the white men in black robes (Clarence Thomas gets honorary white man status and, finally, a seat next to a fellow sexual assaulter.) What a wonderful world.

So this week alt-America isn’t the fascism we feared it’s the America we now imagine, the one that won the Civil War, that won the Great Society, the one that invited us to HOPE but then sat on its hands. We may be the majority but we are a team that doesn’t know how to win. The America we seek is now further away, somewhere in a post-Kavanaugh world. And if I hear one more bit of unicorn bullshit about how he is going to be impeached, I will likely have to take up some overpriced meditation program just to check out even further.

In the meantime, buckle up ’cause the ride ahead will be sure to take care of all those who opposed him. Trumpists get mad and they don’t just get even, they get vindictive and use all that spite to make sure their retaliation is as ruthless, as venomous, and as baleful as possible. To turn this around we will, as Lindsey Graham said, have to win some elections. Graham proved himself among the most loathsome and execrable of this week’s Trumpists but, you know, he was right. If we don’t like it, we’re going to have to win some elections. And if by some alt-universe timeline that actually happens, we’d better learn the lessons these “Christians” teach: turning the other cheek just invites them to do the same thing again. Vote. We’ll see if it matters.