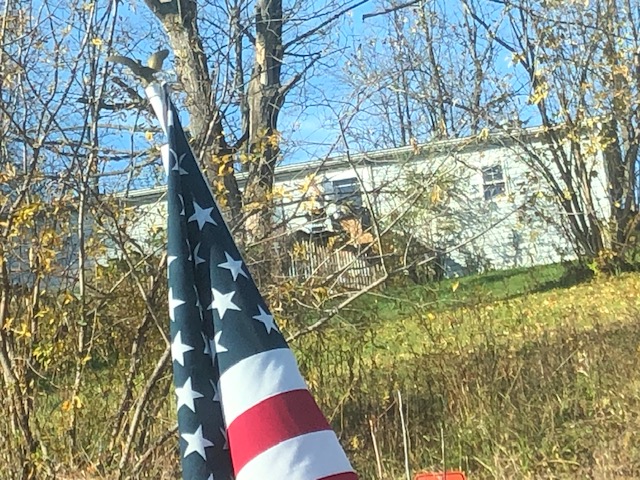 I think it’s time to get honest about what is most likely going to unfold as a “nation.” As whole-heartedly as I endorse and deeply admire President-Elect Biden’s efforts to unite and reconcile and compromise, I think there is almost no chance that anything meaningful will be accomplished in Congress.

We will have an executive that will do what it can—and that is a great deal. But we have no consensus, no _united_ States. America: it was a good idea. But we are effectively a confederacy with a few institutional centers, like the military and, if Trump doesn’t destroy them, a State Department and Intelligence. They too are executive but there is no reason to think that there is no functioning democratic government that rallies to common cause. 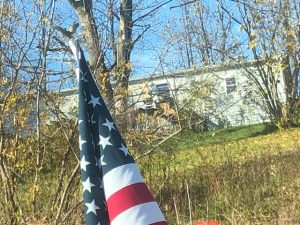 We should expect now that Republicans will now dispute every election, claim fraud, and consider elected officials, beginning of course with Biden, as illegitimate. In effect, Trumpism appears to have rearranged democracy such that we cannot convince our opposition that there actually is democracy. Game over it seems.

There will be no serious legislation that provides pandemic relief to individuals or businesses, not nearly on the scale that will make a serious difference. There will be no legislation on climate change—the most pressing global issue of our age even if by executive action we re-enter the world stage through the Paris Accords. There will be no real infrastructure or education bills, certainly no gun control legislation, no comprehensive immigration reform, and absolutely nothing to advance race equality and economic justice.

The federal government will reflect our honest irreconcilable differences. We are a partisan nation and, as far as I am concerned, there is no reason to suggest that Republicans will act in good faith or that Democrats are somewhat “equally” responsible for the deadlock. The Grim Reaper will insure that there is effectively no government whatsoever but the continued stacking of the courts. That fact will also have lasting consequences since we can expect Republican judges to strike down whenever possible laws that apply to all—civil rights, voting, healthcare, women’s rights, and whatever agendas they can devolve to the States. Roe v. Wade may very well be struck down and once again women’s health issues are in the hands of the States (at best).

But therein lies whatever we can say further about life in America. I happen to reside in the pre-dead dead red part of New York where since Nixon these rural white people have elected governments that have left the impoverished, isolated, and helpless. And apparently they like it the way. Downstate or, say, in most places in California or Vermont, there will be an entirely different quality of life and government will function to do its job through Democratic leadership.

In short, Blue States and Blue bubbles will have to take charge to enact local laws while we as a nation do nothing constructive and fail to advance a collective good. The Confederacy is not a southern fact in 2020 but it does apply to whole States and to most of rural America. Politically speaking there is no effective difference between Alabama and western New York. People in Ohio and South Carolina are now firmly entrenched: rural Red, urban Blue and modest differences in suburbs.

All of this optimistic talk about turning around Ohio, Florida, Texas, etc. is largely nonsense: that is the true lesson of the Trump Election. Half of America is not listening to us and there will be as little change as possible. Georgia is interesting because the urban and suburban areas are growing and changing with income, with Blue-ness as a set of values and ideas. But it will be a miracle if in an off-year or special election Georgia elects Democrats to the Senate. I could be wrong about that but I wouldn’t be the farm.

So as I see it, it’s best to lower our expectations and try to find _local_ lives in communities that reflect our values. Let the Red go its own way, it will rot and fail and, yes, that will cost all of us. But America does not have a functional citizenry. Half of the nation wants to be in another century, living in a world that never existed, clinging to guns, religion, and backwardness.

I want to say I am sorry to Black people and to young people especially who will inherit a nation that is far behind the rest of the civilized world. I wish I could live in a Blue Bubble but that’s not my lot in life, so for the most part I will ignore my neighbors and hang here or visit civilized places. I need to stop being mad and stop feeling like somehow it’s going to change. It may, eventually, but not with the well-meaning Biden-Harris administration: they can expect ZERO help from Republicans because their people don’t want what we want and never will.  They just want to be left alone.  I think we should given them what they want so long as we do everything we can to protect rights and make what progress is possible.

There’s no point trying to persuade and little reason to care for what they do. We must try to keep a semblance of decency and what we can not to become a banana republic with a big army. But we are an oligarchy and a nation in which half of the population that votes are unqualified for the 21st century, for mature democracy itself. I admire those who will fight for the good policies but I think should learn our lesson about white America, particularly rural and under-educated white America. Once they are a true minority then we the majority will not have to ruled by them. Until then stalemate is the best we can hope for. The oligarchs have won and the dupes have chosen their regressive leaders.