Skip to content
March 17, 2017March 17, 2017Douglas BrooksLeave a comment
American identity is in truth complex, rich, and defies reduction.  But when did that ever stop us?  Let’s look for our monothetic marker, that one thing we share across our political, economic, and nationalist identity.  How’s this one?  We think we’re great, even if we’re not willing to say exceptional.  We not only tell ourselves this story, we assert it, claim it, justify it, and vindicate our faults by it.  We’re great and mean to be again and again. 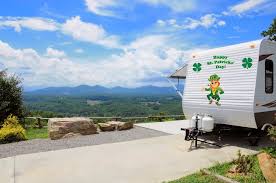 We live for the self-applause that congratulates and blame everyone else for what has gone wrong.  America’s brand is greatness self-conferred.  It is in the excess of that greatness we more often than not find ourselves.  That this has become our collective sociopathic default is, so far, the defining feature of this current, young American century.
Allow me some examples to nuance the point, though nuance is a very unAmerican thing to do.   Unless you’re Obama, then it’s a very Obama thing to do, which you will recall was also made a benchmark for reasserting our real Americanness as anti-Obama and so rejecting all things pansy.
Amidst the strange amalgam of ideas that populate every David Brooks essay, the one in today’s New York Times (March 17, 2017, “Let Bannon be Bannon!”) includes both indefensible absurdity and some small kernel of actuality.  One is tempted to ask David personal questions about how his complicity in right wing ascendency couples to his self-branded moderation.  He seems to be working this out in every article, but I digress.  Digression is my own form of self-branded excess.  It too is unAmerican because it’s prolix and refuses to get to the point.  We’re supposed to be the get to the point people.
But the kernel of truth that fuels honest contemplation is David’s observation, “Donald Trump doesn’t really care about domestic policy; he mostly cares about testosterone…He wants to cut any part of government that may seem soft and nurturing, like poverty programs. He wants to cut any program that might seem emotional and airy-fairy, like the National Endowment for the Arts. He wants to cut any program that might seem smart and nerdy, like the National Institutes of Health.”
I think a great deal about America’s deep divisions and its collective ethos.  What holds together a culture that has been built on diversity and dominance?  With that comes the most commendable features of the American Experiment —equality, the common welfare, liberty, the pursuit of happiness—and our most abject failures evident in a history rife with prejudice and exploitation.  No civilization escapes its contradictions anymore than it is likely to embrace them.  We console and inspire ourselves to be better while we reject and ignore the difficult conversations.  Nations and cultures are in this sense really not much different than individuals in relationships, but that is a matter for another day.
Not only is Trumpism built on America’s John Wayne no apologies, no excuses model, it fashions from tiny hands a smaller world built on a vocabulary of domination, strength, winners and losers, and, as David Brooks puts it, on testosterone.  This aligns the great again and winning again memes with the undeniable sexism, anti-intellectualism, and unconcealed admiration for authoritarianism that marks the Trump Administration.  But David points to a larger problem, with the usual requisite “who me?” plausible deniability that marks his process of self-denial and congratulation.
What Trump cares about is the dominant paradigm of American identity.  We exhibit a love of superiority and machismo that gives us both that can-do spirit and marks out in bold Sharpie and clumsy crayon just how primitive, tragically shallow, and fixated we are on specious muscularity.  Our favorite professional sport organizes itself around programmatic violence that features military music, uniforms that conceal vulnerable faces in favor of gladiatorial chest thumping, and all the rest.  The once national pastime too is now a game based on overpowering, well, everything that could otherwise be finessed.  But even at its best, the slow-paced rituals of baseball never allow the game to end in a tie, much less reveal too much vulnerability.
Trump appeals to his 46% currently with an 80% approval rating because he reminds them at every turn that winning negotiations are meant to establish supremacy, subordination of the opponent, and the prerogative to write the script to suit whatever the moment commands.  Everything else is girlie-man.  America’s defiance, expressed so ably on the back of pick up trucks with pissing Calvins, profane bumper stickers, and transparent symbols of crude disdain for others is our stock in trade.  We’re not a new America, we’re just more America than we have been willing to unleash before.  We’re simply more emboldened and shameless about what is quintessentially American: the six-gun cowboy, the muscle car, ummm truck, lots of beer, and a God that takes care of all the rest.
What makes our ugly American so very Trump is that a person, dare I say, a woman of accomplishment, patient fortitude, and ambition is only to commended when there is no sign of the feminine infecting our intractable obsession with America’s needy virility.  John Wayne, Reagan, and President Cheney are the true emblems that have emerged in Trump but with considerably less refinement and distillation.  Yes, that is possible and that we are surprised by the degree of vulgarity is at the very heart of the larger issue.
We Americans are still Randolph Scott and Jimmy Stewart when we want to project our soft sided masculinity but Prince is likely a step too far for at least 46% of the population.  He might also be just a bit too black but how racist we are comes with the same impenetrable certitude that accompanies narrow our hearts and minds to affirm the one true identity.  Coach played only to win and losing was only cause for whatever must be done to win again.  Losing will not be permitted.  But, more importantly, it must not be admitted except for the purposes of assigning the right blame.