Skip to content
May 16, 2017May 16, 2017Douglas BrooksLeave a comment
College education has been successfully refocused to advance prospects for adult material success. A humanities education is a luxury that is largely unaffordable, impracticable, and impossible to achieve while focusing on STEM subjects. It’s still true that financial prospects are immeasurably better with college than without it. But this is also why education is failing. 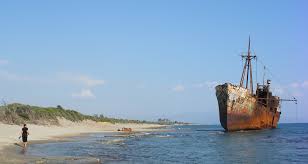 When I was a kid studying in India I was often uncomfortable with how schoolchildren were treated. Even at our deeply egalitarian Srividyalaya School in Madurai there was a lot of discipline, uniforms, deference to teachers, elders, and authority, and a deep commitment to teaching basic morals, hygiene, civic responsibilities. We humans rarely learn things well that we haven’t been taught are important to learn.

I’m not sure how we re-introduce these kinds of values in American education. Each child deserves her and his own chance to flourish as an individual, each with gifts and passions and cares that must be theirs to love and further. But unless we teach our children well that they have individual responsibilities to themselves, to each other, to the community, to the idea of America, we’re really not going to make it. As their education moves further and further into technical expertise, the kind required for success, it is more and more about less and less. But without—dare I say this?—civics, not flag waving stupidity, but something like “critical civics” we’re going to be grossly underprepared to sustain this republic.

Our commitment to creating citizens, humanizing each other, teaching people _how_ to _think_, is unraveling. America _must_ have this kind of education— starting in school with civics and then in college with critical _thinking_— because without it we have no way of defining what it means to be an American.

America is an invention unlike every other, it is a radical experiment with justice and freedom, and an _idea_ that must first be learned and then interrogated. Lest we learn how to criticize “America” we will never face the deeper facts of our history and culture. Students are learning the material that will take them further into global technologies but virtually nothing _about_ thinking, even less about exposure to the complexities of the world. Those without college will be left further and further behind materially. Our divisions will become more exacerbated. And to further the real tragedy at hand, not going to college nowadays reduces your chances so gravely such that you likely will have NO chance to learn the rudiments of critical thinking. This explains how America got where we are today and portends our future.