Skip to content
June 28, 2015June 28, 2015Douglas BrooksLeave a comment
To choose with whom we will forge a life in intimacy, with all its imperfect implications, is a remarkable human gift and, as we have learned, it is indeed not a blessing conferred by God but rather by social contract. 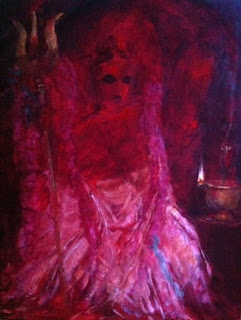 The Justices in dissent of the majority Supreme Court ruling have been able to deflect their moral and religious objections to same-sex unions and instead focus on the overreach of Court’s Constitutional role.  There were not merely four dissenters, there were four dissents, each of which made an implicit case for rejecting the collective social will.  Some commentators suggest an incitement to treason. (Look here: http://www.thedailybeast.com/articles/2015/06/27/did-dissenting-justices-suggest-treason.html)

But no matter how we construe their dissent, it is a thinly veiled religiosity that fuels their discontent.  Justice Scalia is simply the most undisguised and mephitic in his effort to impose his personal pieties in the guise of constructionist interpretation.  While same-sex marriage is now the law of the land there is every reason to believe that a significant minority of hearts and minds are non-consensual.  We can, of course, compare this week’s events to the civil rights movement that has indeed shifted attitudes and values with a generational tide. But that tidal wave too has also seen new walls built to prevent the sea change: the Court’s regressive ruling concerning the Voting Rights Act along with Congress’s unwillingness to renew its critical provisions are supported by States imposing restrictive voting laws aimed directly at repressing minority voters.  Law may be a measure of progress but progress is not best measured by law.  Neither is what we teach our children the meaning of law; it is the difference between right and wrong.

There was a time not long ago when marriage was hardly the blessing or the gift it is today understood to be in America.  Especially for women.  We need only reference Emma Goldman’s remarks in 1910.
From infancy, almost, the average girl is told that marriage is her ultimate goal; therefore her training and education must be directed toward that end. Like the mute beast fattened for slaughter, she is prepared for that. Yet, strange to say, she is allowed to know much less about her function as wife and mother than the ordinary artisan of his trade. It is indecent and filthy for a respectable girl to know anything of the marital relation. … As to the protection of the woman—therein lies the curse of marriage. Not that it really protects her, but the very idea is so revolting, such an outrage and insult on life, so degrading to human dignity, as to forever condemn this parasitic institution.  (Cited from Lapham’s Quarterly.)
Goldman goes on to reflect on how women are left uninformed and made shameful of their sexuality.  How much of that has changed?  Even a brief look at the history of “marriageable age” reveals the depths of sexism that continue across the world.  Anyone with a cursory understanding of cultural anthropology knows that the legal age of consent has little to do with reality.  (https://en.wikipedia.org/wiki/Marriageable_age)  Once again, the law speaks to but one feature of civilization while culture speaks to so many others.
America has addressed an injustice and finally joined with Canada and much of Europe in a commitment to legal same-sex marriage (http://www.pewforum.org/2015/06/26/gay-marriage-around-the-world-2013/).  Perhaps it’s also a good time to remember that there are seventy-nine countries in which being actively gay is still very much a crime.  (http://www.bbc.com/news/world-25927595)
Things have changed and the law speaks to change.  But the law is not all we must contend with.  Human decency has a far longer road to travel.