Skip to content
January 31, 2018January 31, 2018Douglas BrooksLeave a comment
There is an interesting piece in The Atlantic magazine about the first chair of Atheism in a University and the study of atheism as a movement, etc. It lays out the facts, all of which strike me all too obvious; for example, not being a believer in god is vilified and largely unacceptable to the American electorate, etc. But the principal matter here is to treat atheism as a belief and as an oppositional belief to theism. I get that: this is what Hitchens, Dawkins, Dennett, and others do when they write about atheism. This is a conversation that sells and seems to be the one that most people want to have. They posit their atheism as the correct alternative to theism, as if the facts could be made into correct belief. But I’m not interested really in the theist vs. atheist conversation. I mean, it’s there and we can think about it. But this is not of particular concern to me.  I’m looking for a different conversation. 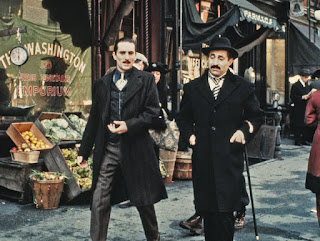 Let me suggest a different way of thinking about the “there is no god” statement. No one will be particularly surprised by my point of view but here are a few points about teaching from an atheism perspective.

First, we all live with the stories that we need and plenty more that we wish we did not have to live with. Consolation stories about god, compassionate nature, enlightened souls, puppies, altruism, goodness, whatever we need are an important part of human psychologies. I take my own solace in things that strike me as factually true, that is, I begin my own consolations with a drenched in acidic truth with the proviso that these truths and facts are incomplete, provisional, and subject to revision. All facts must be placed in those unfinished categories but that doesn’t make them less our-best-story-so-far. That go with what we know is better than believe what you wish were true, at least for me. This leads me to my second point.

I’m only mildly interested in atheism as a world view, that is, as a competing narrative to theism. Sure, it’s there and it may be more factually true than any theism claim but most atheism is offered up as an alternative with an axe to grind. It wants to tear up the theists —and sometimes for good reasons. Hitchens does a good job of showing the ills and potential evils of religious belief and that axe he grinds is sharp, effective, and largely irrefutable. So this proves largely uninteresting since the criticisms are so plainly true. But facts never get in the way of beliefs, which is why studying religion will always still be important. It doesn’t matter if what people believe is not true, what matters is that they believe it.

So here’s my take, my point to add:
I don’t treat atheism as a belief. I think of it as a prerequisite fact. All of our very best evidence points to the simple fact that the physical universe can be explained without a god or creator, etc. and life evolving through natural selection seals the deal. And it _really_ does once we understand what is being presented as fact. All theist responses to these physics, chemistry, and biology arguments are lame, inadequate, and usually just wishful thinking, that is, theists need to believe so they do. So, as far as I can tell, the facts are pretty much in, that is, as in as any fact could be. So _let’s start there_.

Atheism is not a conclusion, it is a beginning. It’s really not unlike what Rajanaka has to say about non-duality. Unity, non-duality isn’t a _goal_ we achieve or an insight that somehow changes us. Rather it’s just how the world started: it started in less complex ways, likely from singularity, and it unfolds as that process of itself. It’s MUCH more interesting to think of “not me” and “like me” than it ever is “just like me” unless we are looking for certain prerequisite needs such as we all love or we all get hungry, things that are _human_ and so shared, natural facts.

If we start by NOT arguing about atheism then we can ask more interesting questions.  As a “Hindu,” I ask myself these sorts of things:
*Who are the gods (and the demons) in our stories?  Why mythologize?
*Why express devotion or do ardor in temples?  Why ritualize?
*What is darshan when there is no god there?  What are we doing and why are we doing it?
*If we are what modern science suggests we are, that is, material forms of energy experiencing only mortal life, then how do we construct meaning, morality, and value because _this is all we are_?
As for the theists or the “we are really universal consciousness” or some primordial consciousness or some claim that makes us more than our mortal experience, I think those folks are more (often less) interesting to study. Why do they want these claims? What happens to them when they live with these claims? What do they do and not do with their lives?

I feel no need to participate in some sublime effusion of absolute anything, be that god or consciousness. I’m quite comfortable and not entirely thrilled that death is real, suffering will happen, and I will exit this life only to become memories of others and nothing more. I live with that not as consolation unless what the facts suggest is true is what we think we must face.
Appa thought that mortality creates our poignancy, our importance, our urgency, our value. That we are _only_ mortal and then die to become again the stuff of the world means that living is the miracle, consciousness is a wonder, and we’d better appreciate it now while we can. That’s all I got, at least for now. The link is below.
https://www.theatlantic.com/education/archive/2018/01/how-should-atheism-be-taught/551885/