Skip to content
August 1, 2017August 1, 2017Douglas BrooksLeave a comment
Republicans will now “move on” to “tax reform.” This means an enormous, unaffordable, unnecessary tax cut for the wealthiest few and corporate welfare beyond any imagining. We, the resisting will resist, point out the facts and try ever so earnestly to convince the populace that this is not in their interests. Evidence, arguments, facts brought to bear and none of that will matter. Why? 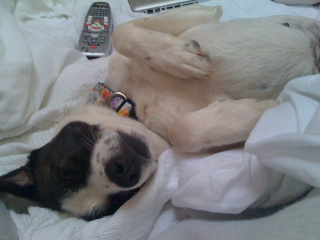 Do you have a dog that loves bacon or a hound that when she sees a marmot cannot help herself, she will jump even the Invisible Fence ™? Doggy brain fully engaged and nothing, not. one. thing. can stop them. Yup, it can go all the way to an experience of personal physical pain but the veritable Palovian response wins because bacon/marmot love conquers All. This is how Americans react when you tell them you are cutting taxes. It doesn’t matter that you are not cutting _their_ taxes, just tell them you are. Neither is it about policy, real economics, or facts of _any kind_.

Don’t try to go all Bernie on me here, NO amount of talk about billionaires will enter this equation (n.b., envy always tops jealousy on the bacon/marmot scale of moral compromises). Tax cuts are the bacon that goes deep, deep into a primal, pre-emotional foundational American psyche. We are founded on two great principles as a nation: a tax revolt and the exploitation of human beings (first as slavery, now as wage slaves). Democrats will argue the common good, the benefits that accrue to all from our investment, blahblahblah. Meh. Bacon. Bacon wins.  (See that photo of Mabel up above here.  That’s what Americans look like at the mention of “tax cuts.” It’s pure bacon. Only. Nothing else matters.)

So if these dysfunctional fools do manage to pass “tax reform” expect Russia matters even less—which opens the real possibly of firing Mueller because no one will care but us— expect the healthcare debacle to be a long, distant nothing until you get sick and can’t afford care, and watch white America wave their flags, Stars and Stripes, those weird black and white ones with the blue stripe for police in the middle, that grand lost cause that is Confederate Battle Flag to raise the grievance of the loss of white supremacy, and Gadsden because Don’t Tread means tax cut. Well, no matter how you name it, most Americans will climb in the bathtub with Grover Nordquist to drown gub’mint if you so much as MENTION tax cuts. Imagine that. Imagine being in that bathtub. With Grover. I know you can.  Americans can if Grover says “bacon.”