From Richard Cohen today in the Washington Post, “…I will not concede that a greater wisdom exists in what is known as “flyover country.” It has voted for a charlatan, a blinged ignoramus who has promised the past as the future. Trump… lives in a gilded bubble of his own…”
I just flew over. In fact I flew over my own house. I’m returning to the end of my semester, the fall of my 30th year as a college professor.  I am a liberal, elitist humanist.  What I would give to get on one of those Rightwing watch lists.  It’s a personal aspiration.  What awaits me is a stack of sincere but crippled prose from young people trying hard to understand difficult ideas and write in complete sentences. They will get grades and my own deteriorating eyesight will be challenged. I was busy with other work this weekend and finally read some of the news too about the Russians and the CIA and the Congress. 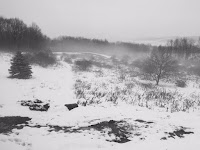