Skip to content
June 3, 2017June 3, 2017Douglas BrooksLeave a comment
When Dysfunction is the new Hope
(Metaphors When That’s Almost All We Got?)
We’d like to believe that we’re some kind of holding pattern, flying around what we think is America or was America below us. That when this nightmare flight with more turbulence, storm, and sheer terror finally lands, there will be something familiar to which we can return. We know there will be real rebuilding because on the ground the storm rages. Thank goodness for that. 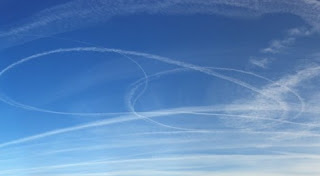 When we took off things were rough on the ground but slowly improving for some devastated by the last time Republicans crashed the economy and sent us into meaningless wars, while millions of poor people who’d never had health insurance got some. The rich were doing splendidly but the system always seems to take care of them just fine. Their intention not to get richer but to take everything was, during the last flight, in its own holding pattern. Nothing about any of these things was anywhere near perfect, but we had some Hope. I remember that poster well and I think I still have one at home, in the basement.
To land the plane, to make a better world, we have to improve, we have to _function_ together, we have to fly with a plan, arrive somewhere, and do it again. Not everyone we fly with is our best pal —to say the least— but we’re all on the same flight. Not everyone wants to go to the same place, but we try to get somewhere near enough. To be bipartisan is to have two wings and then some. Don’t expect that anytime soon. Correction: don’t ever expect that and some kind of deal, some day might be made.
What we need to understand is that any hope for that kind of bipartisan flying is over —at least for the foreseeable future. Worse, have to come to terrifying realization that the earth may be too burnt or too flooded to land anywhere. How the climate nihilists have taken over from science and international cooperation and consensus is as absurd as the fact that our best hope is to keep flying. There’s no place to land right now and we have to wonder if there will be any place when it might be possible again.
Once after a very rough flight into O’Hare I was looking green in the gills, standing on line for a Starbucks. A pilot in front of me asked me if I was feeling poorly. I replied, “it was a rough landing.” He said, “You know what we pilots call a ‘good’ landing?” “What’s that?” “Landing.”
Senate Majority Leader Mitch McConnell praised effusively America’s withdrawal from the Paris Accords lying so brazenly but with such familiarity that we don’t even gasp for breath any longer when he repeats them. McConnell said, “By withdrawing from this unattainable mandate, President Trump has reiterated his commitment to protecting middle class families across the country and workers throughout coal country from higher energy prices and potential job loss.”
When McConnell makes these kinds of statements we don’t know whether he believes them or not but we can be certain that they serve his _sole_ purpose: to keep Republicans in complete control on the ground while the rest of us circle. Power is the only Republican test of “truth.” With Trump, well, it doesn’t actually matter what he believes because his emotional instability demands something else: it requires him to feel whatever he needs when he says whatever he says. This is the only measure of his conviction and the true core of his rancid, incurable pathology.
So how does hope fly and what happens when we land? Correction: if we land. The dim lights below occasionally reveal how the dysfunctional may yet slow down the devastation on the ground. McConnell has recently said of the repeal of Obamacare, “I don’t know how we get to 50.” And every time he has to say that, on whatever vote the Senate must take, is hope and a win and a chance to do something else once the flight stops circling. That people on Obamacare need help _now_ with premiums, options, and other issues is a sad fact that accompanies our scorched earth America. They will have to hold on below and fly above too. Republicans promise only more nihilism.
To continue our current flight to nowhere —really among our best hopes— we have to believe that some things on the ground, like Robert Mueller, the Senate Intelligence Committee, and the professional government do their job to keep the Republicans extra busy with their dysfunction. If there is enough storm on the ground for the Republicans, there might be a landing for us sometime in November 2018. For that to happen people flying around, hoping to land someday, have to hope for _more_ Republican dysfunction, especially Trump Trauma. I know that’s asking a lot but that’s the deal. Be sure to stay woke while we circle, we may not have much power on the ground, in the halls of government, but we are all part of the same storm. Stay in the trenches too. Keep giving them all they deserve for the horror they are making for the all of us.