Skip to content
March 30, 2018March 30, 2018Douglas BrooksLeave a comment
This past week I met an amiable enough older man— one can’t get that much older than I am and still be ambulatory, so the impression of him being “older” was more than chronologically determined— smartly dressed, white haired, bolo tied, big bucket belt, and cowboy boots, all he was missing was the hat, but we were inside, meeting under sad and tragic circumstances. I discovered he was from a small town in Wyoming and liked the “harsh weather” and the “independence.” He went on to explain that “liberals had ruined” Colorado and that Wyoming “still had that Old West” feeling and values. He was glad that he could still live “without those people” and drive his truck, have breakfast with his friends. I took it in, one sentence at a time, using all of my restraint and composure to stare vacantly in reply. 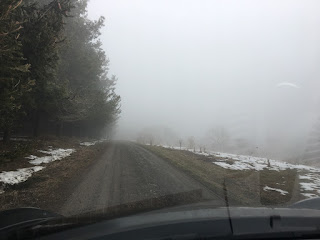 This was not the situation for me to lace into him with sardonic criticism of his not so concealed racism or his privilege but whether or not he needed his Social Security check and Medicare I was certain without asking that he was collecting on both. Living the life, being alone and happily apart from we the rabble. I thought to myself too how much in common this man has with the yogi that the texts describe as “lonely like a rhinoceros,” urging upon themselves the introversion and disengagement from the tedious and tawdry business of being citizens dependent upon other citizens in democratic experiment. After all, who doesn’t just want to be left to their own devices? I count myself no exception to that privileged aspiration though it seems to me nothing more than a prescription for 21st century failure.

We are beings dependent upon matters beyond any individual control, woven into the fabric of social, economic, and political worlds that shape and provide, that determine us and even occasionally succeed. When we unravel ourselves —often because the supporting structures and fact patterns fail to serve us— our lives can quickly devolve, our immediate worlds can become near-dire. When the net that we hoped would grab us or the roof meant to shelter us simply isn’t there, we become starkly aware of the consequences of individuation.

Actions that address our most immediate needs— healthcare, education, concomitant violence, inequity, and isolation— addressing these situations demands seriousness, competence, and collective intentionality. Without the institutional structures and formats for collective response, however flawed, messy, and conflicted they may be, we will as a society collapse into mayhem. To subscribe to a governance of “personal freedom” above all other considerations risks the kind of isolation that throws us “into the wild” surrounded by everyone else doing as much. So we “need guns” to “protect our home and family” or we work ourselves into health crises because the alternative would prove even more desperate. Our problem is not wealth, not in America, it is how we have chosen wealthy and power over equity and more humanist values.

What prompts this morning’s tirade is more than a chance encounter with an old cowboy living out his years.  It is growing fact that Trump does indeed intend to run America not only like the criminal enterprise of his businesses but as a reality TV-show in which the principals required to manage and steer the ship of government are so fundamentally incompetent, unqualified, and corrupt that it becomes all too real. The elevation of Ronny Jackson to the VA —after 17 years of on-going war and immeasurable need— is particularly heartbreaking. Structural needs cannot be met by impulse or by “draining the swamp” because it is deemed a “deep state” conspiracy. How do we penetrate the hearts and minds of those who cannot seem to grasp the gravity of the situation we all face under this kind of impulse of governance?

One last point. I think there is a far deeper connection between Trumpism —the impulsive, inept reality TV survivalist game show that is him— and Ryan, McConnell, and their patrons. American “conservatism” believes that there should be as little government and governance as possible, no matter the cost to human lives. This is a guiding principle that not only serves their kleptocratic fetishes but one whose appeal takes us deeply into American individualism, the wild west, the idea that freedom is just being left alone. There should be no VA, or at best no government VA; there should be no public schools, or at least none that aren’t privately funded. In fact, there should be no money or resources spent that are “government” other than the military.

What else explains the cynical stupidity of their latest balanced budget amendment introduced this week, after their tax cut meant to redistribute wealth to their patrons? Their aim is to eliminate everything that is public —but their means of authoritarian control. Because “freedom.” From behind the dashboard, I see an America lost in a fog that can’t find home, even if it’s just a few hundred yards down the driveway. I hope those young people grow up to vote sooner than later. We need their voices and their commitment _now_.