Skip to content
June 11, 2017June 11, 2017Douglas BrooksLeave a comment
This week James Comey proved the President of the United States to be a pathological liar. Is that a crime? So what’s next? There are still 1318 days until Trump’s first term ends. While it is hard to believe it has only been this long and harder still to fathom that the republic can take much more of this, I think we are in for the long ride. There will be no impeachment, that kind of talk needs perspective. This week’s events have added important features to the story.
Let’s think it over. 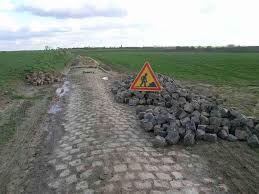 1. Constitutional Tribalism
This is the newest feature of the story. We should take it as a given that the Republican Congress and leadership will tolerate anything that Trump does. They have so far, their own behavior this week in the more “reasonable” Senate proved they will provide cover and deflection. Don’t let the President’s non-allies (Graham, McCain, Collins, et.al) mislead you. They all believe that _anything_ is better than Democrats. The House, far more corrupt and divided, would have to bring impeachment proceedings. Not. Going. To. Happen. Impeachment is a political act that requires consensus and integrity. The Republicans have quite enough consensus both in their Party and in their voters to look the other way no matter what the Trump Administration does. If you disagree with this point, ask yourself what more could he do that would turn them against him? There’s somehow counterevidence to these assumptions?

Here’s where this week’s events matter even more. We are divided as a country not only on ideologies and values, but on the very interpretation of the Constitution. Enter the new Constitutional Tribalism. Lawyers on both sides, with irreconcilable differences of opinion. Much depends on Robert Mueller, but Constitutional crisis awaits us and _legal opinion_ is divided. This is the crucial new issue to consider: How much power does the executive have? Could he fire the Special Counsel? How much power does the Executive Branch have? Dershowitz argues that all Justice Department investigations are legally subject to the president’s whims. Can a President be indicted? Let us be realists that the House will not indict the President for obstruction of justice, no matter the evidence, on the basis of our new Constitutional Tribalism. The Federalist Society and the Right see power differently and the law is not clear. If you watched or have read these arguments, it might come down to either Trump ignoring a Supreme Court ruling or, given the Gorsuch factor, simply getting the ruling he wants regarding executive power. Does Constitutional crisis await us too? Don’t believe your own bias, there are two sides to every argument and the Republicans have Court majority.
2. Executive Order
The Congress may be incapable of immigration, healthcare, or tax reform. Let us pray. But the damage done by Executive Order can be nearly incalculable. This is what Republicans thought too when President Obama arranged not to vigorous pursue immigrants or when he applied pressure to the banking industry under Dodd-Frank. All that and more will go away: the environment, the sabotage of Obamacare, give aways to industry, banking, and kleptocrats is fully under way. These matters can be undone but that would require winning the Presidency.

3. Paralyzed Majority and Incompetent Presidency
This is good news: Republicans will not likely pass any meaningful legislation before their summer recess, which may mean nothing this year. They control three branches and cannot govern because they are held hostage to their right wing and their more “moderate” elements fear their voters. With so many vacancies and so few people willing to fill them, the Trump Administration is slow, inept, quarrelsome, and incompetent. All good news. Stifle, thwart, delay whenever possible, make their lives utterly more miserable.

3. Motivated Electorate
June 20th is the Ossoff election and before that a primary in Virginia. The left will argue that moderates are losers and may split off again for the sake of their ideological purity. Democrats are brilliant at stealing defeat from the jaws of victory. There is nothing like winning to motivate people. Need I remind you that Republicans win even when they divide among themselves?

4. Blue America: 500 Counties and 64% of the Economics
Here is one very bright spot if you think that the slow demise of the republic is already underway. The 500 counties won by HRC constitute 64% of the country’s economic activity. Trump’s 2600 counties just 34%. This means that Blue States, counties, and cities are prospering and living in ways that do not depend on Red cooperation at the more local levels. Whatever politics we can control the Blues must act, as California and New York have acted to counter, create alternative, and thwart the Red state influence and policy. Keep an eye on Illinois where divided government and big bills are sending the State into disarray. Blue government must be responsible and competent government ’cause otherwise we have no bulwark against the madness of Kansas and the rest. But here, in the 500 counties, where most of the people live, America’s divide will prove the difference. We may yet be 50 little entities that function together only in the vaguest ways as the federal government continues to fail. Let us hope for less crisis and war because Trump could use both to make his Constitutional crises go away.

5. Elections and Lasting Damage
Gerrymandering is no small matter, voter suppression is real despite some good court rulings, and Republicans will do _anything_ to stay in power. If there ever is a Trump budget then the fact that Blue America hands Trump America $300 billion more in tax revenues than they pay works to further the divide. States will have to tax to save schools, infrastructure, and working government but Blue is where the money is and Red will be poorer and poorer still. In big states like Texas the demographic changes are too slow to make much difference in 2018. Expect an R controlled House and even gains in the Senate in 2018. If there is an anti-Trump backlash vote it will depend on who leads the D ticket in 2020. Democrats are divided but I think it’s suburban Republicans who hold the keys. They may not be winnable for Democrats but they may be losable for Republicans. How do Democrats win? Put up candidates that are sane, passionate, and who understand just how far Republicans will go to win at any cost. Someone has to be appear to be the adult in a room of crazy. Americans hate taxes more than they care to understand the benefits of government: that is the key to purple voters.