A friend I admire asked me to weigh in on Al Franken, an issue I would prefer to avoid but won’t. We live in troubled times because the more we _need_ certainty, the more that need will turn on us. The only thing more dangerous than ignorance is certainty. We need to know right from wrong but we also need to explain as clearly as we can how we have arrived at our judgments. And judge we will. 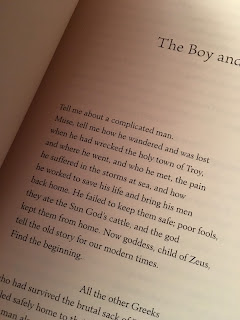 I’m not even sure that if Moore becomes the duly elected Senator from Alabama, _elected_ by _the people_ of Alabama, that the Senate has the right or the responsibility to expel him. Who decides moral fitness? How? The Senate or the electorate? Moore is a pedophile and serial abuser, and what if he is elected? Is Franken really in that same league? Are these moral equivalents?

First, I will let my partisanship show. We all have a bias. Al Franken has been a beacon of hope in a government that is driven by sycophants, traitors, and criminals— and that is no excuse for his behavior. But not even his accuser is asking for his head or more from him. I think we’re headed into a place where very stupid antics, inappropriate behavior, and zero tolerance are all being equated. Of course, anyone who recalls SNL Franken remembers that it was not all funny, not by a long shot, and that he would do nearly anything for a joke. And that is a problem too, right?

So instead I ask myself this: does banishment fit the crime? That would be the question I would be assessing if I were judge and jury. So let’s keep going.

I am compelled to look at “comparable” cases. It would be easier just to use the same standard for every case and call that “principle.” That’s a kind of justice I want nothing to do with, not in this case or any. Justice is always judgment and judgment is measured, not blind. So let’s look at, say, the president, who not only confessed to sexual assault and was accused by dozens of women after he’d said as much but was elected after his constituents knew precisely that. We can question Trump’s moral fitness— who does not?— but in comparison to Franken, would it seem fair to you to compare them? To me it would seem disproportionate. So what’s fair?

Unfairness, as we learn from the strange story of the Sage Mandavya and a thousand others, is an unavoidable feature of an unfair world. So maybe Franken just gets the whole book, fair or not, thrown right at him. You are either pure or you are not. And that’s a good idea? Are we required to destroy everyone who fails? Do we equate every case as the same? Does one size really fit all? Three strikes and you’re out? Remember that one in California? You get life for stealing a candy bar because you did two other stupid things? I don’t want to live in that world of “justice.”

Others too might enter our judgment of Franken, not just Moore, Weinstein, or Trump, all of whom I would regard as serial monsters. And then there is the Catholic Church, which continues to claim authority over moral affairs. So perhaps lesser comparable offenders —the sort that make confession and contrition—might be treated differently? There’s a difference between being truly criminal and offensively stupid. What I resist is seeing everything the same. That reduces everything to the letter of a law that no one can meet. In the fascist state laws are written such that everyone is always in violation, this means the state can destroy you whenever it wants. Do we reduce our social mores to the same kinds of permanent culpability? Both the left and the right have been guilty of that. I hope we are not.