Skip to content
October 16, 2018October 16, 2018Douglas BrooksLeave a comment
The facts may not yet be fully known but neither are they beyond our human abilities. State sponsored murder in plain sight is nothing new. While concealing the truth never makes it less true, what we need isn’t only more and plainer facts. What we need is meaning that delves more deeply into the costs of virtue. We’re going to need our mythologies, more than ever. Without a story to accompany the facts, we will never be better than these diminishing truths. 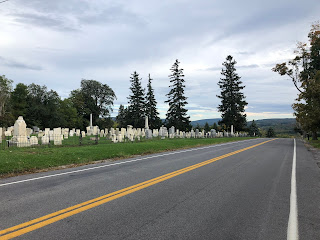 The hypocrisy that is the price virtue pays as tribute to vice is as much part of our political alchemy as are our noblest human aspirations. We seek the blessings of power but at what cost to virtue? How do we otherwise explain the American experiment built as it is on expressions of human freedom, equality, and dignity and as much on on the back of slavery, native pogrom, sexism, and every profit-driven exploitation?

We possess myths of American idealism and innocence and while they are patently false _in fact_, both in history and manifest behavior, what we must realize is how little we are without them. Until we take the mythology of the American experiment, the invented narratives of principle and virtue to heart, the best we will ever be are our sordid facts. Real or fake, the news is that America articulates in its mythic imagination compelling spiritual ideals: freedom, equality, dignity, and virtue’s pursuits. We may only be merely human, with or without our myths, but until we embrace their power we’re nothing but power’s worst instincts and indications. We will be little more than beast if we forsake entirely the deeper meaning of myth’s beauty.

The American presidency has embodied our hypocrisy and conflict from its invention. What we now witness is the dissolution of every last vestige of pretense. As we acknowledge the wiping clean of even the veneers of decency and the connection between aspiration and all of the rest of our fraud, demoralization, and delinquency, we come to a more lucid recognition. America without its mythology may become nothing more than a bully, an insolent and dangerous villain in a world that rewards debasement.

America admits to the world that when we stand for nothing but power, we embolden others to reveal their own distinctive perversions and moral desecrations of civility and convention. That we claim to do it with God on our side cannot offend more because such an appeal to righteous, affected piety merely reminds us that the Almighty is yet another human invention concocted to collar the mob and insure its compliance.

Who has ever failed to ennoble their unctuous displays of imposture without claiming some divine beguilement? Enter the religious right, the staging of piety is never virtue but when did that stop us? We wrap our authority and clothe our treacheries and conceits in some or another supernal resource meant to absolve failure or provide cover for mendacity. Religion is never far away from our worst and, even occasionally, our best instincts. How it plays its role is usually predictable.

There’s an inherent, inextricable relationship between power and goodness—and how this relationship manifests in politics, culture, and personal conscience often reveals to us the depths of human beneficence and just as often debasement. Can one exercise the privileges of power and, at the same time, be good, stay good, want the good? And exactly is that good? Will we even pretend to agree? Will power always corrupt? Will goodness always demand more character and sacrifice than we can command?

At the heart of the conflict are interests, values, and choices that point as much to paradox as they do to aspiration and pragmatism.
We will not agree what is good or right.
We will not acknowledge the same goals or claim the same values. And when we do, we will usually know from the outset whether or not we actually agree or are prepared to compromise. What cost?

We can debate these matters as creatures born, as are all, the complex processes of natural selection. But human nature does not appear to require we be much more than primates engaged in what Hobbes called “the war of all against all.” The invention of constraints, be they religious or secular, have done little to prevent us from our extremes.

When people have structural privilege and the bias of history, coupled to money, seats of power, and ambition, the incentives to act from principle or some self-determined moral yearning enter a maelstrom of competitions. We must admit every form of need, hope, want, and possibility. There are no guarantees and few binding covenants that cannot be brokered, compromised, or renegotiated. We are nothing if not pliant beings, adaptive for better and worse to do what we can, when we can.

Trump—yes, it took this many paragraphs to say his name—has laid it all bare. Everything and anyone that does not acquiesce and satisfy immediate need warrants invective, cruelty, or blithe indifference. No truth is too sacred that it cannot be contradicted or disavowed. Nothing should delay or diminish profit and nothing will stand in the way of harvesting every last remnant of power for any purpose. Character, accountability, and the discharge of justice are the province of losers: no apologies, no explanations, power knows no burdens of responsibility or liability.

This is Trumpism and “America first” is merely a further projection of such personal aggrandizement and multiplication. Are we really surprised that Republicans have condoned and endorsed this shameless, consummate avidity? Someone is bound to do it because power can always justify the means and disregard or rearrange its ethics and aspirations.

In today’s world outrage is a news cycle away from irrelevance and the powerful know that simple distractions will entertain or re-induce an insensibility that keeps even the vigilant off their marks. We are all too busy surviving to attend to every indignity or sacrifice the pleasures that intervene as salves to relieve the malady of the everyday. Whether or not we are particularly privileged, Americans can largely decide to live in their own personal reclusions—and the powerful count on that to keep the streets quiet.

So when Trump says that, sure, the Russians are murderers or the Saudis did a “very bad thing,” he reminds us that these are not proximate to the average American’s life, that they happen in “other countries,” and that what we want are jobs, profit, and just enough moral outrage to assuage our need for the pretext of conscience. But everyone knows, both here and abroad, that power left to its own devices rarely pursues virtue, acts upon the facts, or demands justice when its just too inconvenient. What we could be shouldn’t stand in the way of what we can safely ignore.

At least not until our mythology intervenes. Then we stand a chance at betterment because we can make _real_ what we can dream.

We are left again asking not who we are but who we want to be. We’re not merely individually culpable: few of us commit crimes of overt evil. We prefer more duplicity and deflection, a more insouciant infidelity to our ideals if we bother to have them. But having character is no human imperative. It takes work. It’s a bother. But it’s not difficult to learn just often tedious— and almost always exhausting.

We also have to have enough privilege to care what to do with however much power we possess. Paying power back as virtue is a cost too few will make not because we are evil or merely fail but because we prefer more useful myths that don’t demand we take them seriously. It’s only when we decide that the “myth,” the ideal, the invented story of virtue is better than profit will we become something more than Trump and his ilk. It is indeed the power of myth that is before us. The question is will we endeavor to allow it to change us for the better or merely pander to the facts of power without it.