Skip to content
October 1, 2015October 1, 2015Douglas BrooksLeave a comment
I’m not presuming to offer advanced lessons in civics here but rather make a few observations about how institutions persist, however we might want them to change.  Today was deemed an “important” deadline for Presidential campaign contributions.  I received solicitations from both Mrs. Clinton and Senator Sanders.  I’m sure those identifying with the word “conservative” also received the same from other candidates.  Today was about money, about promises to change the system, perhaps even a call to revolution of one kind or another.  Everyone involved promises to change the country at its very core.  Whether or not you believe that is a good idea or however you might like to see that happen, let’s be clear: as Gil Scot-Heron told us back in the day when revolution was just as popular a rallying cry, the revolution will not be televised.  But neither should you expect it to go live anytime soon. 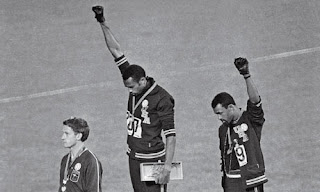 First a few facts to fuel my claim that the forces of inertia will prevail.

America and its government, its politicians are owned by the donor class and they above all are the least interested in change.  The system as we know it is their property, rigged to their advantage, and run by their capital. We don’t vote for person or policy so much as the ones who have paid for the law and have the influence to extract their privilege.  It is the law that is actually for sale, driven by ideologies that favor wealth’s celebrity, and with it all of their commensurate advantages.  Citizen’s United made this purchase of the system of government perfectly legal and the next President will very likely secure a Supreme Court that will have a profound effect upon the future by virtue of how it understands the past.  But let us not get ahead of ourselves here. We are well to remember that elections are bought— unless what? And it is this rather unremarkable recognition links Trump and Sanders voters.

These candidates are not selling themselves to the highest bidder.  While Mrs. Clinton promises to change government for purchase, she participates in donor class dependence, claiming that to do otherwise is political suicide.  This is because politics is not policy, it is a system that exists as a virtual organic entity dedicated to perpetuating itself.  That entity has multiple organs: political, religious, military, ethnic entities that gather to form larger bodies of influence but at the heart of the matter is identity, that is, who We the People think we are.  Trump and Sanders say they are both immune to the influence of money—their common link— and yet, I submit, two very different things are going on when they assert their independence.  The difference between them is a revolution’s worth of identity.
Any recognition of our bought-and-sold politics upsets the powerful donor-buyers, be they individuals, corporations, or other interests. All such interests maximize their profit by convincing the less influential to vote in their interests. However else identity is formulated, to be American is to convince us to identify with The Dream, the entrepreneurial hope that we too might become as rich as Croesus.  In this way “Americans” need not vote who they are but only who they wish they were.  With Trump his self-financing has coupled itself to our American wealth and security dream and a nativist revanchism that sees the “other” (particularly the under class of immigrants) as the cause of middle class stagnation and decline.  Calling these human beings “illegals” is meant not only to delegitimize their political status but also to assert that they have not secured the same human rights as others who are “Americans.”  This classic plantation-owner strategy rallies around hate and uses race to manipulate the fearful to identify with the “real” American interests of wealth and the wealthy. There is something inveterately American about this American Dream identity, something both familiar and deeply troubling.  The purpose of government is to maintain the vision of The Dream.  Trump supporters believe he can’t be bought because he has achieved The Dream and that those he castigates are the cause of their problems, stealing their wealth and opportunities. They see themselves as losing power, as a majority emerges who are not like them. This alone would be enough to motivate them to vote but because they also recognize that their donor class— a class to which they aspire— has no care for their “plight,” their views entangle become with establishment Republicans (aka the donor class).

Chances are, however, that some donor-class candidate will suffice to win their vote if the un-purchased Mr. Trump fails to win the nomination.  This is because at the core of their ideology is the notion that their world is being taken away from them by this “other,” that their hard-earned taxes go to pay for those who “want free stuff,” as Mr. Bush has put it. But it is also because their American Dream is to become nothing less than that donor class, immune to the insecurity that can then purchase influence and guarantee outcomes.  Freedom means to do as you please—for yourself and your family in particular— and for that all you really need is money and the legal right to acquire whatever you want.  It would be a mistake to underestimate the appeal that this has had historically: scapegoats have been named, “real American” identity secured, a positive entrepreneurial aspiration and goal has been established, and with that a certain set of whistles, codes, and nods will create an “us” that wages its battle against “them.”  This is not so much a theory of governance as it is a crisis of identity emerging in a world in which diversity is the emergent norm and opportunity scarce but for the already secure.  Of course, American security is also not what it was and that fact has provided since 9/11 yet another pivot of fear.  The rallying cry is to “take back America.”  From whom?  To where?  These are the usual questions but now they have been answered.  Mr. Trump has seen to that.  The revolution he promises is to become him.
Of course the contrast in what it means to be a not-for-purchase candidate could not be more stark. Senator Sanders proposes nothing less than a revolution where our economic interests are matched to collective ethical standards, in which case education, health care, safety, environmental protection, work, retirement, women’s rights, gender equality, etc. are treated as human rights under government’s aegis as guarantor and protector. The Senator’s detractors call this European Socialism as if what American Exceptionalism means is not to have such human rights but instead The Dream.  We know Senator Sanders can’t be bought— certainly not for $32 and change on average— and there is every reason to believe that he is, as he has always been, consistent to his convictions. But do note too: he has no Party apparatus, no Congressional representatives or Governors, no one in the greater system of governance that wholly supports his views and this is why Sanders is unelectable at present. But we can take this further: the Sanders Revolution is not imminent, even if he were somehow to win the Democratic nomination and then the Presidency.

The System we need understand more fully warrants a Capital Letter: it is no less than a Living Entity, just as real as any Corporation is effectively a Person with extraordinary privilege.  And this System represents the Character of the American People: it does not change unless there is an overwhelming majority working within the System itself to alter its very nature.  Given President Obama’s two convincing elections we have discovered there is no such overwhelming desire to change the System nor the majority in power to effect that change.  The events of 9/11 did not precipitate a collective determination to make ourselves better as a people, as a nation but rather to extract a vengeance that only served to empower further the goals of those immune to change.  We received no “satisfaction” of vengeance or victory, nor did we rise to any other greater collective aspiration.  The Dream, which is the fantasy come true in Mr. Trump, in fact has continued and reinforced itself in the hearts and minds of a significant number of Americans.

If you support Senator Sanders —and I too made another contribution today following the appeal to the Federal rules governing the campaigns—his chances of nomination, much less victory are still slim to none. This is not negativity. This is because one person simply cannot change the System, as the Senator notes time and again.  But neither can We the People unless an overwhelming majority come to dominate the structure itself and change the collective’s character, our deepest aspirations of identity.  This kind of change is something Tea Partists and conservatives have understood at the grass roots where every election, down to the local school boards, they have indeed altered the character of America.  Some forms of social change, like the implementation of LGBT rights have met their stiff opposition but here, at last, demographics and financial interests coincide to thwart obstructionism.  Have no doubt that these hard won rights will be fought every step of the way forward in the name of The Dream.
Let us not forget that the System is not merely the people who run it, otherwise it would not be a system at all: the people within the structure are exactly what is replaceable. The System would require structural change and that more frequently happens incrementally— yet another civics lesson to be drawn from Republican Party electioneering and victories.  Since just short of half the country will not support Senator Sanders ideas under any circumstances even if a majority might well offer rousing cheers, the System will require a revolution from within to change. Senator Sanders’ objectives would require us to evolve our ethical identity: America would have to love all of its people more than profit, value labor more than property, and pursue its role in the world to peacemaker rather than mere enforcer of its interests. Does anyone here really think that America really wants that?

The Tea/Republican Party continually restakes its claim for some or another, currently trumped up, version of The Dream. Progressives need to see matters through this lens as well as their own.  President Obama didn’t fail us— for all his corporatism and willingness to perpetuate the previous administration’s militarism— Mr. Obama only demonstrated that the System is no more in his control than it is in ours, it does not actually belong to We the People, and so it is just as likely to regress as it to progress only in increments or in fragmentary victories. He continues to speak of the arc of history because otherwise there is no chance for change. There is just not enough We where that decisive change will shift the collective discourse and cause the structure to refashion itself, our ethos as a nation has not yet evolved.  And that revolution of character, that change of heart is the very heart of Bernie Sanders’ candidacy. I will continue to support Senator Sanders because he has both the integrity and the vision I endorse but no one should doubt we are as a country a very long, long way from his revolution.  That is a revolution for the heart and soul of America and we’re not there yet, deadlines notwithstanding.