Skip to content
March 6, 2017March 6, 2017Douglas BrooksLeave a comment
America would be in free fall were the Resistance not the floor.
The sum of the polls puts the President’s* popularity at about 44%. These are historic lows but we also know what the polls told us about the elections. (See 538.) What can we count on these days? 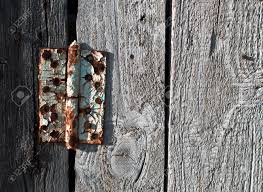 First, the bright news is the 49% disapproval. One wonders how some 7% never seem to know anything. The Press is vigilant and segments of institutional government are clearly part of the Resistance since they are leaking information and acting to preserve some decency. Comey, even W have said sane things. Elected Democrats are listening to the Party’s more progressive base, a base that spends a lot of time disavowing that they are Democrats at all. That latter point emerges from angry false equivalences, a measure of truth that Democrats have not worked in any interests but corporate self interests, and a perverse ability to steal defeat from the jaws of victory. The Resistance is vast, diverse, and paying attention. It remains to be seen how it can be organized to winning and if it will be paying attention on a Tuesday in November. We need more than 49% to win an election.

In the past six weeks some 90 regulations have been delayed, suspended, or reversed. Wall Street, gun sellers, polluters, big pharm, auto makers— the list is long and the process of corporate give aways, lobbyists’ interests, and kleptocracy in action is just underway. He is doing what he promised. 44% cheers.

An unhinged President* was described by aides as “enraged” because he believes his “sick” predecessor wire tapped his residence. The basis for the story is an AM talk show host best known for conspiracy theory, bigotry, and shameless grifting. Much like the President*. The FBI has called these claims false and so effectively agrees that the President* is lying or unhinged. We await a White House response. 44% watching Fox believes the President*.

The government’s chief enforcer of the law has sort of recused from portions of the investigation into how a foreign government undermined our democracy. The Press has everything but the smoking gun and we will undoubtedly find out how deeply the Trump Administration is in collusion with the Russians. 44% doesn’t care because he won and he “tell it like it is.”

This week Congress may well pass the repeal of the ACA though we might have the Koch Bros to thank for preventing that from happening. It seems _any_ effort to keep just a few of the 20 million who received medical insurance insured is too many for the Kochs. The Tea Partists representing white, largely poor and under insured districts have their constituents cheering their effort to deny them insurance. Perhaps incompetence and ideology will slow down this collapse and the rest we’ve noted. Wait till they get their hand on Social Security, Medicaid, Medicare, and the rest of the New Deal and Great Society progress. But 44% applaud because freedom!
The majority of voters in America are seriously appalled and are trying to distinguish themselves from deer in headlights. Perhaps their outrage will last until November 2018 and the shock of just waking up in Trump’s America will cause them to…vote?

But the problem with America is, in truth, Americans. The majority of our electorate, 44%+7%, welcomes the kleptocrats, tunes in to “news” sources that are as real as buying gold on the radio, cheers authoritarianism and doesn’t mind bigotry, and looks forward to when fewer have medical insurance, including themselves. Business is gleeful because there is just so much profit to be made when there are so few rules to prevent the exploitation of consumers and workers. America! We’re #1!

Our electorate is unhinged from reality, indifferent and disengaged, heartless even to themselves, and willingly complicit in self-deception, corruption, and pathological lies. America would be in free fall were the Resistance not the floor. 49% is not enough.

Have a good week. I’m giving midterms to my undergraduates and looking forward to writing a book, decidedly not about politics. But the truth is, if you are a living, breathing human, everything that matters to you involves politics. Unless you’re in that 7%, likely “spiritual” in a cave, on a mountain top, or wandering about claiming you are not lost and that it’s all the same.