Skip to content
March 14, 2017March 14, 2017Douglas BrooksLeave a comment
American conservative ideology has got a certain rabid appeal, I mean it goes right after base emotions and ideas. To respond requires we get out of the passing lane and take the traffic seriously. Speeding by we say to ourselves that people should be responsible to take care of themselves. Why should the working pay for the lazy? People should be free to make decisions without others interfering. Then we get right up on the bumper of what is in front of us. Hmmm. Now what? 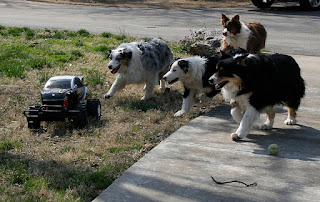 The conservative dog has caught the car in America. First, deep, abiding apologies to dogs. Rather than curtail their tale, the rabid Rs believe they must seize their corybantic mandate since, as Ryan puts it, it’s their one chance. While in absolute power they mean to repeal and replace not merely Obamacare but the entire New Deal and Great Society. These programs and the ideologies that created them are the bastard hounds of principled liberalism. What is at stake is not merely policy but a fundamental difference in values _and_ assessments.
To fathom the dogged Rs worldview you must accept two values claims, both of which strike at the heart of civilization itself.
First, we are utterly autonomous individuals. “Freedom” means we are not responsible for more than our immediate relationships —because we are not made by a collective greater than our own hunter-gatherer tribe. This accounts in part for their bringing back the Confederacy, racism, etc. Take care of your own. That’s it. If you don’t have the means, refer to the first principle. The supremacy of the individual over any collective means that all other concerns than what’s in it for me can be dismissed.
Second, there is admitted to be no structural history that creates the field of opportunities, thus no long term impact of racism, sexism, homophobia, classism, or other formatting that decides and creates for us. And so there is no need for remedies or one can appeal to the laws, assert that times have changed, Clarence Thomas’ originalism, etc. Ironically, the Rs are impervious to the hypocrisy. These bumper biters are in explicit violation of their avowed religion and can’t fathom how their embrace of corporatism makes them hacks and victims. Worst of all is their assertion that history and the American originalist’s truest intentions are on their side, though the latter has some substance when we admit the slaveholder’s hypocrisy. But that would require, umm, history and facts.
How do we make ourselves? How are we made by forces greater and other than just ourselves? These two questions are at the heart of all human thinking. A reply to the conservatives doesn’t reject the initial questions or even their substance. But it does require we do better than chase cars only to sink our teeth into hard metal.