Skip to content
March 23, 2016March 23, 2016Douglas Brooks2 Comments
Not a day passes without each of us confronting the problem of evil.  We witness human beings in the name of their particular brand of religion commit atrocities and then acts of nearly incomprehensible altruism.  Both sorts of behavior are routinely attributed to religious motivations, ideas, and doctrines.  To say that those acts for worse are not truly religious or true to religion is but another religious claim that religion is only about being good.  Write over the human shadow whenever you can and religion will suffice to explain that evil is deviance and goodness our true project.  How’s that working out? 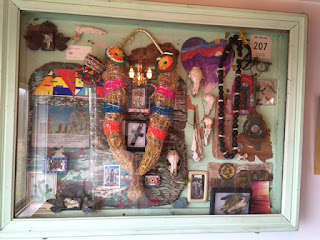 That people portray themselves as religious and as acting for religious reasons is enoughevidence that we should take their version of religion seriously.  I am not unsympathetic to President Obama’s defensive admonitions that ISIL and other Islamic terrorists do not represent “true” Islam, especially in light of the demagogues of the Right who would use religion and their religion as a justification for their own barbaric claims and punitive “remedies.”  The President is incorrect about his parameters of “true” and “false” religion but let us not give any more succor to the incendiary forces than is necessary.  Senator Cruz last night advocated “patrolling” Muslim neighborhoods.  Mr. Trump concurred 100%.   (You can’t make this up so there is no particular reason to pause here to cite their specifics.)

If you are not appalled, I think you’ll find in your religion a reason to agree with them.  You wouldn’t need to be religious to be appalled.  But surely religion provides every reason we need for nearly anything we want.  We’re still left struggling to explain the facts of evil and by that we mean the contumacious intention to inflict suffering on others.   When religion is posited as the remedy rather than the cause of such infliction we’re just as liable to dismal results as we are to saintly responses.  We needn’t be religious to enact either but religion more often than not comes into play.

Fewer people are asking me, the University Religion Professor, how millions of Americans take the likes of Donald Trump or Senator Cruz to be persons with the seriousness, judgment, and temperament to be President of the United States.  We all seem to know that people can be that angry, embittered, and willing to act punitively and violently against our fellow humans.  Last night hundreds of thousands voted again for Mr. Trump and for Senator “Patrol the Neighborhoods” Cruz for the leader of the “free” world.  Putatively sober politicians, like Jeb Bush, have now endorsed Cruz in an effort to stop Trump.  It’s hard to reason but not difficult to believe.  Belief is nearly always an impediment to better thinking.