Skip to content
June 1, 2017June 1, 2017Douglas BrooksLeave a comment
From Inside Trump’s Mind,
Or Why the Intellectual Smoke is Emotional Fire
It’s crucial to understand that our resistance is defined in important ways by that which we resist. We cannot presume that our efforts are outside the context of our opposition. We’re not some noble project acting in a vacuum. So we must fathom Trump from the inside out to create meaningful opposition. I know, I know. But stay with me here. 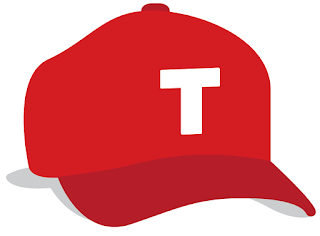 Trump-speech demands at least two things from his followers. First and foremost, Trump is a test of loyalty to the boundaries of sycophancy and allegiance autocratic domination. Trump followers want the world to be simpler and look for the help they need to find the emotional satisfactions that come when doubt or difference is no longer in play. Think Spicer-Conway Syndrome. It can infect to the level of McMaster, but it’s all of a piece. It doesn’t matter what he says, it is your job as his supporter to cheer and die for the cause, or else. (Once again, we should draw our attentions to confluence of religion and politics here. To believe is to interpret _as true_ whatever the “god” says.) To make America great again is to be _with him_ because everything else is against. The emotional need to believe is vital because the transparencies of disbelief may get you fired. Trump knows disbelief when he sees it because he is only capable of comprehending what are, in fact, his own needs.

Second, Trump needs _distractions_ and _lies_ the way the rest of us need air, and this defines the boundaries of his words and actions. Trump distractions and lies need to be seen as made of the same purpose, these are different but connected purposes.

—He needs distractions because, like air, this is how he survives, this is how he deals with a world that demands more attention span than his capacity. He is intellectually and emotionally incapable of sustained thought or emotional self-management. He can’t do better or more, it’s not merely that he won’t do it. We are subject to his limitations, which his followers have been taught to deny or reject (perhaps because it reflects their own low-information abilities).

—He needs lies because they provide the ceaseless affirmation his fragile intellect and underdeveloped emotional condition demands. The content of those lies is changeable because they never needed to be anything but emotionally satisfying at the time. The lies are far less important than the emotional response he requires from them. In the moment, the lie will be deemed to be true because that too is a requirement of his emotional needs. For his followers, they will tell us not to take him literally. They are correct. They want the same emotional satisfaction that Trump seeks: they want to _feel_ their truths, not test them. Trump gets a pass because the truth is merely how you want to feel. This should frighten any reasonable person but don’t mistake people for being reasonable. A more reasonable response is to understand that people’s emotional needs always come first.

And lest we forget, those who fail the litmus tests of sycophancy or contest by replying with facts are enemies, losers, and other. You are with him or against him. This is what makes his followers so dangerous. They are far more the problem than Trump because they are enablers of his mental illness. Yes, I called it an illness. Sue me for restating the obvious. We who resist didn’t create this paradigm but we are subject to it, from Trump, his Republican Party, and, most importantly, their voters.