First a love song for a friend. 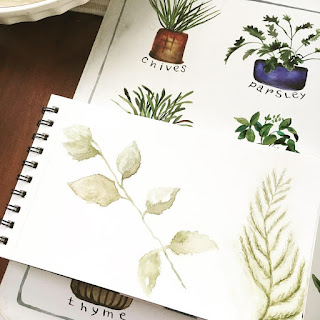 It’s been a rough few months. It’s not likely been easy for you either. These are troubling times.

I’ve sat for days and days with my dear friend Dr. Kishan Pandya till his end this past Sunday. I would have chosen nothing else, nothing less. Kishan was a brilliant doctor, a wonderfully gifted artist, and a visionary of self. He retired from medicine to pursue Sanskrit studies, to make more music, to revel in the company of a beloved family and the company of a few good friends. We spent hundreds of hours together over this past decade, talked about love, language, politics, religion, and life. I don’t know what I will do without him now. Something needs to ease this stubborn little achin’ heart of mine.
I’ve been delinquent in finishing the Gita commentaries, only occasionally rising to meet more immediate responsibilities including University lectures and Seminars. Built into my RajanakaDNA, my training as a student of India, is a deeply Indian sense of duty, a concept that both invites us to character and challenges our very core. It’s not only an Indian idea, expressed plainly in the opening of the Bhagavadgita, it’s a shared human value, each culture creating its own version. Everyone does a cover version of this one.

After all, a duty is the experience of an incumbency mixed with urgency, it is the real sense of responsibility and that we must act upon those things, it is the honest expectation not only to one’s self but to others. We can be devoted and assured but duty’s shadow is just as real: we can also lapse into self-righteousness, be given to folly and blind to the ways we are reciting commands—self-imposed and otherwise—that are mere inventions. I’ve been keen to keep both light and shadow in mind. But one is never sure how to stay in that seam where both real value and the wound make for deeper engagement, a yoga of meaning when there can be no yoga of clarity. We must persist. What is life but to love its strange gifts when sorrow is never far?

I’ve been working some too, not enough, that has had it’s distractions including staying up far too late to be productive. I’m blessed with friendship and conversation, inside and out. Somehow I found myself playing the Burns and Novick documentary on Vietnam over and over again, especially the early episodes that describe the vile impositions of colonialism and then the precipitous slope of dissimulation, the fully cognizant lies, and the failures of leaders which brought death and devastation to the Vietnamese and others, and to young Americans and their willing allies. I was only ten years old in 1967 when my brother was drafted, when the FBI came looking for him at our door, when it began to become crystal clear to my child’s mind that we being lied to, that our country was failing again at its noble experiment. And indeed it has always been a noble experiment. Why must it fail again and again to so much insipid folly?

It would be a few more years for me before the follies of religion would become as clear, though that never deterred me from pursuing what I thought was religion’s greatest gifts: art, music, poetry, myth, ritual, and honest philosophical inquiry. But let’s be honest: not all of that inquiry is honest. Much of it is devoted to the same kinds of falsity, distraction, and consolation that led us into and kept us in that war.

Religion, as we all know, is a tool and a prop for whatever purpose we might want, far too often to manipulate our honest human needs and herd us towards our worst human instincts. But like politics, we would be mere beasts without it because however we fail to fathom our feelings or reach into reason, we are only as good as what we can create. God is on no one’s side. I learned that too at this tender time.

On April 28, 1967, with the United States at war in Vietnam, the Great One himself, Muhammad Ali refused to be inducted into the armed forces. He said plainly, “I ain’t got no quarrel with those Vietcong.” And this was considered unpatriotic, even unAmerican. On June 20, 1967, they convicted Ali of draft evasion, sentenced him to five years in prison, fined him $10,000 and banned from boxing for three years. They meant to destroy him. But he would have none of it. We should take that lesson to heart, deeply to heart.

It was then in the summer of 1967 that the ironies and tragedies of the age crystallized yet another revolution of thinking, feeling, and action. We were presented with the fantasizing proposition that All You Need Is Love. (The song was released in July 1967 as non-album single.) In the midst of a politics of bitter division and well-justified social unrest came the imperative to _create_ something else.
The declaration that “…it’s easy” is an irony we know John meant us to savor: why is it so hard to do what is so easy?

Let’s not mistake the psychedelia for the deeper truths. We were asked to be carried away, to create an alternative. The world we’d inherited wasn’t all evil but it had taken so many terrible turns we knew our elders and many of our leaders were lost. The maelstrom was real, just as it is today. We learned in our purple haze, that in our own “procul harum” we could enter into and experience things that are literally “far from these things.” (“Procul Harum is a Latin misanthropy meaning “far from these things,” but it might just have been the name of someone’s cat. Absurdity is a great teacher, no?)

We took leave, we went elsewhere because the world, especially the world of our parents’ truths, the just war world that defeated fascism, that world was obviously failing. What is truth and where is meaning? The facts were lies and somehow the withdrawal from reason was understood: it could provide new insight if only we listened more deeply to the heart.

We learned the truth from the goddess Vesta who reminds us: “She said there is no reason/ And the truth is plain to see…” There was acid changing The Beatles on the greatest single record album ever made—Donovan was the Sunshine Superman, and Traffic proposed that this was all a Hole in My Shoe. Our deep melancholy and pain for the war, for the violence of the white nationalist racists, and for the realization that “god and country” are both lies was palpable. All the while there is napalm in the jungle and our innocence burns. The words break through and the revery offers only a brief respite from the tragedy of a world at war with decency itself. When decency is lost then love is all that might remain if only, if only we make it easy. And easy is the hardest thing we ever do. Zen knows, and so does Rajanaka, that’s what Appa taught me. I need to remind myself everyday.

I think these recent late night forays have brought home both hard facts and well-worn dreams. I am not worn out but I feel worn, and that’s not all a bad thing. I am comfortable with this deep discomfort; the pain is a great teacher. My friend was dying and medicine, however heroic and honest in its efforts, would not save him or even give him a few more months or years. And after all, isn’t “save” just another lie?

In the meantime America now condones the state murder of journalist who was divulging corruption and pleading for freedom of speech while, on the very same night, our president holds a rally in which he applauds violence against a journalist and the crowd cheers wildly. We are the mob he says. It’s us, not they who protect the murderers or incite the mob before them.

The recursion of our collective failure at this moment in our history reminds me that 1967 was no anomaly. What we need more than ever—and what we are in fact creating—is a new activism and a new call to do something easy. What’s easy? To care for refugees fleeing from violence and oppression, to listen to women coming forward to tell their truths and create meaningful change and pursue justice, to put in place an _alternative_ to the violent, racist, sexist rhetoric and rise to the occasion of human rights: justice, protest, and the exercise of democracy.

We must not, I think, allow our feelings to get too much the best of us. We can rather learn something from the prophetic voices of 1967—from MLK, RFK, Lennon&McCartney, Dylan, Janis, Velvet Underground, Aretha demanding we Take a Look, Sam Moore and David Porter singing about a Soul Man. All of these artists asked more from us and, at the same time, the simplest things we share in our common humanity. John Berryman published his Sonnets, Gwendolyn Brooks and Marianne Moore offered brilliance and real alternative vision, Lowell and Atwood and Ondaatje, all created artistry in the face of a world gone mad. They wrote about madness and the madness it would take to make the world a far better place.

I think a lot these days about Robert Kennedy too, about what might have been had he been president. He wrote in what can today appear with a bit too much anachronism.  But let us not fail to take his point,

““Few will have the greatness to bend history itself, but each of us can work to change a small portion of events. It is from numberless diverse acts of courage and belief that human history is shaped. Each time a man stands up for an ideal, or acts to improve the lot of others, or strikes out against injustice, he sends forth a tiny ripple of hope, and crossing each other from a million different centers of energy and daring those ripples build a current which can sweep down the mightiest walls of oppression and resistance.”