Scholarship doesn’t reward the personal. We’re told it’s not our job. But Rajanaka—and that means you, people you likely know, friends, folks who’ve come to the conversation with open minds and willing hearts—has taught me that I don’t know any other way of doing scholarship and live with myself. 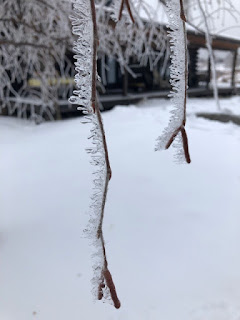 I’ve never been very good at just reporting the facts without thinking aloud about what I’m thinking. I like to try to imagine lives I have not lived and not likely to lead but within every conversation I ask myself, to the core of being, “Well, what do you think, Ji? Do you know what you think?” Studying religion will do that to you, if you let it. Not just religion.

As far as I can tell nothing is more personal than politics. If you decide not to participate, think about it or deal with the maelstrom and malaise, it’s still all gonna matter. It’s going to change your life and it’s likely going to change others at least as much, maybe a lot more.

Politics can be as selfish as you want it to be. It shares that with religion or spirituality, which we think of as a “me-problem.” Truth is, that too isn’t just a me-problem. How we evolve our learning in every way will cut to the core and that means it will reach out into other lives.

But there’s a chance in politics that’s rarely as clear in your religion or spirituality: what you think or believe or do can change others’ lives and change yours _right now_. There’s an urgency we are all feeling now because what we know is that truth, decency and dignity itself are on the line. This is an _emergency_, folks. Our imperfections, our long and storied histories of light and shadow are nothing in comparison to the menace we face.

Can we feel compassion for those who berate us, lie about us, demand fealty threatening our safety should we disagree? How we are feeling for others isn’t supposed to be this hard but these are troubled times.

Empathy is no small matter. We like to believe it is natural. As Mencius said some four hundreds years before the Common Era, “Who does not feel for the child who falls into the well?” He believed pity and compassion, empathy itself came as a matter of course, as the well-spring of our shared human nature.

But in the privacy of the voting booth we face no maker but ourselves and therein lies the real test. No supernatural judgment awaits and what is karma but what we yet understand about the consequences of our actions? We can “look out for ourselves” or we can imagine a bigger world, one that implicates each and every person not because we know them but because we don’t. So what will we do depends on who we choose to be. That might be worth a thought.

I teach now in University concealing only as much as seems right to insure that students feel no pressure, so that they might reach their own conclusions and assess their own values. Whatever comes through that is personal I hope makes clear that we must take learning personally. We have to decide how what we know matters and if it might change the world we share.

In a room of adults—rather than University students— I’m just as committed to be personal _and_ to do my level best to educate, to avoid even the slightest tincture of indoctrination or evangelism. But in this environment I feel a different responsibility because I _expect_ adults to already have their own hard-won opinions. We won’t persuade each other of much, I think.

Instead we will ask each other how what is personal to you might matter to you should we disagree. We learn that empathy, however natural it is, is something we can feel more deeply when we learn from one another. That is a lesson I think Mencius would also agree is part of the task of becoming, as he puts it, “more human.”