I have argued before that we live in a post-factual society where only feelings really count. Until you need to get your computer or your cell phone to operate— but that too evokes plenty of feelings. What we are following of late is government by feeling alone, by puerile impulse, by emotions largely made of frustration, anger, vindictiveness— all fostered by a President who is clearly mentally ill and incapable of executing the duties of the office. And his poll numbers have gone up. 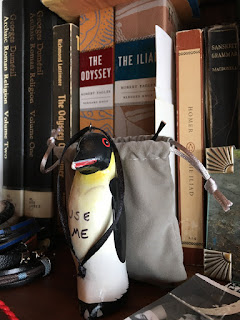 At the heart of the matter may be that Trump is more mentally incompetent than any kind of literacy or critical thinking could solve. It matters not that he doesn’t read if he can’t. “Critical” thinking for Trump means only disloyalty to the latest impulse. But we the citizenry reflect our government and the ethos of our history: Americans are doings, not thinkers, and now we are feelers abandoning reason. The republic, now more than ever, demands that we can reason, all of us, at least a little bit. It’s no small matter in the 21st century.

Jefferson argued that the ordinary person —and by that he meant only white men without an education— were capable by their inner wisdom to tell right from wrong, to elect capable leaders (such as himself). But the tasks of right and wrong, still as much matters of character as they are of judgment, are no longer addressing the 18th century world. America is not an agrarian state of hard working farmer peasants. But it will be nothing more than if we don’t take the tasks an educated citizenry more seriously.

Before we get too uppity about how we think about all this, let’s be reminded that serious efforts to think require _learning_ to think. The “critical” in “critical thinking” is a word to take seriously: it involves method, process, and rules of engagement. Smart people need to _learn_ the critical method; it’s not enough to be smart, one has to be _educated_. And, I tell you as a college professor of mostly STEM students, they are _not_ learning critical thinking in STEM, much less the power of words. Words too are no small matter because people are afraid, suspect, or intimidated by what they don’t know. How many adults stray from the 2500 or so words that constitute basic fluency in English? How many look up a word with which they are unfamiliar? I do this _all_ the time. Reading takes time, it’s often tedious, and who in this busy world of capitalist pressures has time?

In short, literacy appears in our culture as a privilege when it may well be a near-necessity. And critical thinking will not fall out of the sky merely because you went to college or tried to learn by your lonesome. We may not need advanced skills to “prosper”, that is, to make a living and most of us don’t need them at all for our work! But I’m of the opinion that we are likely doomed as a civic society, as a citizenry without them.

Some degree of literacy and the essentials of critical thinking are 21st century requisites of democratic citizenry if we are to address the difficult, messy business of democracy. It is authoritarianism that needs nothing more propaganda. Fox knows this is all they need. And so we are largely without them and we are failing. It’s no wonder we have elected a President entirely bereft of these basic skills of political competence: he reflects the citizenry that is equally unqualified. Feel on, and we will get exactly what we have now.