Skip to content
December 1, 2017December 1, 2017Douglas BrooksLeave a comment
As the facts roll out about the impact of the tax bill we, the rational doing the math and, dare I say, secular wonder how is it that Trump voters swallow this toxic swill. Let’s assume for a moment that they believed his populist backlash message: that elites had failed to deliver and that the vast swath of white working class America that has fallen hopelessly behind the curve of education, jobs, health, and well-being would get relief. Let’s also believe that HRC represented all of that elitism, topped off with Obama’s fast-paced social changes, like marriage equality and DACA. Hmmm, we’re getting closer to their populism but now that is failing them too. This bill is nothing like the populist promises, so why still support him? 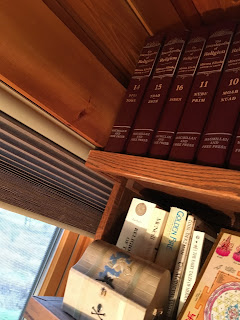 Now that the plutocratic shift of wealth from the lower and middle classes is on the verge of passing the Senate, a wishlist conforming to Ryan’s Ayn Randism and McConnell’s Kochism, let’s assume too that Trump voters recognize this for what it is. Let’s also assume that they understand this is _not_ the populism of jobs and economics that will in fact benefit them and is not what Trump ran on. Has Trump turned their backs on them? Why of course he has but from our point of view this is because Trump has no policies or convictions, he has only the desire for self approval. His malignant narcissism coupled with intellectual inadequacies and moral vacuity seem self-evident to us. But the Republicans in Washington know this too. They know he is sick and incompetent but they don’t care. They want a tax bill and the culture wars that push back in the courts against women, minorities, religion, and the rest. Norquist was right: Ryan/McConnell really are happy with _anyone__ who will simply sign their tax giveaway, at any cost, no matter _who_ that person is, how inept or corrupt. The rest of the culture war is a distant second to the money but it’s there too. And on this second point Trump is with them, just think Gorsuch.

So the question remains why is Trump still solid with his base when the polls tell us that the Republican tax bill is not popular? There are two immediate things that come to mind and neither of them has to do with the math.

First, Republicans evince a strong need for authoritarianism. This explains their religious preferences and claims, their confirmation biases, and the ways they look to God the Father to be safe, right, and in charge. In Trump they have a dissimulation of that need and a preference met. He may be an inept, erratic narcissist but they will assert he is crazy like a fox, that he _really_ knows, and that the rest is facade or mystery. Just like their, umm, mysterious God who is charge of the weather, consoles horror, and has a plan for the victims of the next mass shooting. It’s all in God’s gracious hands. So most of all he is Papa Bear, and Republicans love their patriarchy because their religion reflects their deep need for authority and security. The world is chaos, evil, filled with villains and warrants more guns but we also need a God in charge who will cut through all and any of it “to tell it like it is.” If they need strongly redolent authority why not go for a whiff of cool Obama, who after all epitomizes, at least for many of us, the calm, sober, not always right but always measured authority. This leads us to the second point.

Republicans who do not fancy themselves _very_ religious or racist— think of exurb, suburb types in your family— believe they have _earned_ their way in the capitalist system. Obama did not, he’s a phony, got a boost, didn’t really serve his time, and advanced by privileges given, not earned— this is not far from the surface of their feelings. No arguments about structural or systemic disadvantage, like racism, patriarchy, or their own privilege cuts through the idea that they got theirs by their own hard work. Now we can re-invoke the power of tribalism, which of course is redolent with racism and privilege no matter how much one denies it. It’s got two sides, first, “we” need to “protect” what “we earned” and “they” want it and “are coming” for it.
Build a wall, get your guns, put up blue-lined American flags, and make sure that those rich athletes “respect” the system that pays them so well. It just so happens that those “takers” are brown, it’s not racism, right?

Second, “they” are getting undo, unearned privileges (like wedding cakes, welfare, immigrant status, etc.) that “they” don’t deserve because they didn’t “earn” it “like we did.” Their interest is _to protect_ what’s “mine” and to see “them” not as “takers.” The Romneyn/Rya’s takers/makers came through abundantly, clearly, and without “political correctness” in Trump. It’s ugly, structurally racist and privileged but that neither matters to them nor will it penetrate their fear, their need for acknowledged worth (“we earned it…”), or their sense of “mine.” Get off my lawn has become if “you” come on my lawn I will shoot you.

None of this is a long a step from a family relative, friend, or acquaintance that doesn’t think she or he is racist or paranoid because they look out at America and nearly everything about it is deeply unfamiliar: fast technologies (older and undereducated people hate this), more diverse (the neighborhood isn’t “safe” because it’s not like me), and their jobs are obsolete, everything is _more_ complicated and that’s now government’s fault. If they are relatively well off, well, that is under threat because government is for everyone but “us.” If all of these things would just be simpler or go away, everything would “go back” to “normal.” That 99% of these folks are white, likely more religious (or authoritarian) than the rest of us, and don’t live in diverse places tells them nothing about themselves no matter how much it tells us.

Authoritarianism and Tribalism can’t survive without racism, sexism, and structural privilege but these feelings of disenfranchisement and cultural change also create a kind of plausible deniability of those facts. Think of how uber-religious conservatives like Ross Douthat of the Times argues that he doesn’t believe Trump voters are principally racist. The argument we just made describes this mentality. Ross loves the Church of Big Hats telling women what to do with their bodies and promising morality and an afterlife. Let’s leave the patriarchy, pedophilia, and manipulation out of it for a moment. It’s about feeling safe in an unsafe world and this is how people cope and console themselves. But now we are at true turning point, politically and morally.

It doesn’t matter how these authoritarian and tribal needs translate into this Trumpian populism. Trump is shamelessly, blatantly racist and unrepentantly guilty of sexual assault. To continue in any way to support him for _any_ reason is to be wholly complicit in these worst failures of human character. It is to be part of the worst arcs of history and failures of humanity. Does supporting a racist and abuser make you one? Are Trump’s voters who insist this is not racism racists? At this point and at best it makes them complicit, it diminishes character, and puts them in the worst company —and in all of those ways, one becomes part of the problem socially and culturally just as one’s own character and integrity is fundamentally failing the tests of decency. Whether they acknowledge their racism and sexism, they are part of it and are morally culpable for complicity.

Trump voters will not give up on him though they are failing these simple tests of human association because they want what they want _more_ than their character. For the rich, that’s more wealth, the kleptocracy; for the rest of them, it’s culture wars by any other name over their own financial interests. For our part it is important not to underestimate the power of culture over people’s choices and how self-affirming the tribe is when one’s character is called into question. Ask the voters of Alabama. America the Tribal explains more than dollars or sense. Our tribe is not theirs because our needs and our hopes are not the same.