Skip to content
September 16, 2016September 16, 2016Douglas BrooksLeave a comment
Today the media is reporting that the new polls indicating a closer Presidential race are a feature of the American public at last “paying attention” as the election approaches. I demur. We shouldn’t concern ourselves too much with these tightening polls much less place value on this assessment. America is not finally getting around to “paying attention” nor is there any shift in sentiment towards Trump. There is something much more elemental at work in the polarization of America that reveals something fundamental about our human nature. Let me put it simply: do we seek answers or are we more invested in the questions? 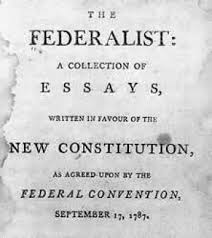 We can understand better Trump’s voters when we try to fathom how he manages to appeal to certain evangelicals. It’s not their Christianity with which he somehow resonants. There is, in fact, no such link: he shares not in their faith, has never been committed to their social agendas, and has no history with them. So what is it? It is, I think, their love of authoritarianism that addresses issues in black and white, and declares nuance, ambiguity, uncertainty, and questioning all the work of the devil. A local church out here in my own hinterlands declares on its yard sign: “We have the answers. We teach certainty.” And there you have the essence of the first principle of divide.
A significant portion of America does not want governance, which would involve all of those messy, devilish things involving human fraility—but rather rulership, the kind that sanctions itself by sheer din of asservation and faith alone. “Believe me, people, it’s going to be great.” No evidence or policies required, just faith. Such a desire for authoritarianism doesn’t indicate a populous becoming attentive to its needs but rather one that seeks to defeat its imaginary enemies invented to relieve the burdens of having to pay attention or decide for oneself. Deciding for oneself isn’t necessary when there _are answers_ and there are scapegoats. Such faith is not understood as an abdication of personal decision-making but rather as an unambiguous affirmation of an unassailable power. Catechisms, dogmas, black and white worlds appeal to those for whom authority is the answer, never the question. What once belonged solely to God is now on offer, right here.
We have come to that place where half of us accept the deeply sobering, and usually uncomfortable requirements of citizenship. We put our faith not in the candidate but in the fallible system itself because we believe that is actually all we have between ourselves and the leader’s mob. This requires accepting a flawed candidate for a wholly imperfect, complicated world that demands our acceptance of those terms, like them or not. The contrast is with those who would prefer a world in which there really exist infallible answers that some _one_ unassailable can possess (even if he has no plan and never tells us those answers). For these folks, there _must_ be a savior —and a bully—because the world demands order. When he declares only he can “fix it,” they cheer. This is religion, not politics, except now it _is_ about half of our politics. The rest of us stand shuttering at the prospect that we who must believe in the system of our collective efforts might not be the majority. You see, there is no arguing with those for whom answers provide the foundation of their views. The only thing more dangerous than ignorance is certainty, and that is a commodity that is easily sold to the willing. For others their needs are to question and to doubt the surety of answers and so go to those vulnerable places where being wrong is yet another serious possibility to admit and change. Some of us are not looking for answers but instead for the questions.
So the question I ask is not why the polls are changing —actually I don’t think they are enough to sway the election one way or another. Rather I ask myself if the majority of the American people will prove themselves truly worthy of being called “citizens.” James Madison said it clearly, “Had every Athenian citizen been a Socrates, every Athenian assembly would still have been a mob.” And that is why the polls divide us almost evenly. At issue is our human nature: Are we a mob wanting to be led by the one with “the answers” or are we citizens admitting to the messy business of governing?