We live in structures and, rightwing conspiracies notwithstanding, the deeper formations of the state as culture and ethos will determine who we are. Who do we want to be is a difficult question because it takes time and thought and effort to think about what that means. So first a few facts. 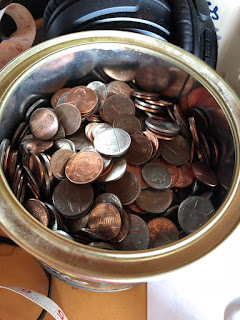 Wages are not going up appreciably and there are jobs, lots of them unfilled in sectors from crops to pick to engineering and medicine. From 2012 through 2016, the Obama presidency presided over steady growth in jobs—about 214,000 per month. Trump inherited this “tortoise process” that he of course claims now is his miracle, but it’s all partisan babble. The rate of job growth has not really let up much since he took office—about 189,000 jobs—and it’s taken a long time since the Republicans last crashed us with their brilliant ideas to come _back_ to growth (that is, from 2008-2012). Thank you again, Obama. These are just the facts and I think we have almost as much luck using astrology as we do the numbers to predict what will happen next. No one here doubts how I feel about astrology. So?

I want to make two points. First, it wasn’t economics that elected Trump. Second, it’s structures of culture that will determine our future. That is, if we have a future be that a planet fit for humans orif the democracy can withstand an authoritarian pathological liar and his toadies. That remains to be seen. The deep state of the State needs to change if we want something other than our current irreconcilable differences and partisanship. For now, I say, live with that conflict as the issue at hand. Structures involve deeper matters.

There was enough misunderstanding, false blame, memory loss, and the rest to move people to vote Trump but what moved people wasn’t economic catastrophe, like what W produced. What moved them was the feeling that their structure is failing—because it is—and that this imbecile is their savior. They got this wrong on all counts but that’s due to structural facts too. Most of the people who voted Trump had a job and however they are squeezed by wages and costs (insurance, no retirement, etc.) they weren’t on soup lines.

What moved people was structural facts and cultural values—do remember that racism and sexism are facts and values as much as fighting against them. The keys to the election were to match these facts and values to deeper underlying motivations and to season them with fear, anger, resentment, and grievance. The key to current Trump rallies is still anger because it’s the conduit between success and failure. When you are really just failing, anger doesn’t work as well. Anger is key when you already _have_ a job because when things get _really_ bad people are more desperate and sad and fearful and less likely to rally. It’s easy to rally when you’re mad; harder when you’re just trying to survive. Think of what happens after a hurricane and think of how people forget to vote. Anger comes later, after you think about survival, then much later what you really want, not just how to deal with the loss. You don’t have to be Kubler-Ross to see this unfold.

America the land of the “free” was founded on the structures of racism and sexism as much as it was on any other ideal or set of values like opportunity and liberty. Our ideals aren’t rotten. But they are corrupted when we don’t know how to incorporate shadows. That conversation has never really begun in America and there are no signs it will anytime soon.  So when we have structural racism and sexism this manifests in different kinds of injustice, inequality, health care access and costs, etc. These are the _problems_ and the questions we ask involve us in deciding what we are willing to do about those problems. No one like sacrifice. No one likes to feel they are not getting their share.

White people tolerate key elements of these founding structures when they are useful to them, when they don’t impact them more than the problems they create. White people would prefer to deny their historical place in the structures that gave them their privileges; Republicans simply deny these structures are keys to their white privilege. Go to a Trump rally, ask around. Or ask someone in the ‘burbs who believes everything they have they earned without privilege. Structures create and support us, or they fail in various degrees until you are one of those structurally disadvantaged. Some people are born with structural disadvantages that they inherit from the culture: that’s why it’s structure, not individuality alone that matters. Individuals can make their way through, like Neo gets out of The Matrix but not by themselves, nor Neo. Making people care about those structurally disadvantaged is no small matter, even if you are one of them.

To see this play out loo at the demographics of rural/urban as today’s basic keys. More education, lots more diversity, better economic opportunities, less religion, all of these add up to blue dots. The exception to this ^^^ m.o. is in richer white exurbs where we find urban resentment and tax resentment, the get off my lawn resentment peeps who vote R. And it is here that the gender divide is finally going to cost Republicans. Why? Because cultural divisions, which include _structural_ misogyny, are finally making a real mark—white women who are not all voting R with their R husbands. The assault on women, which has always been a matter of men controlling women’s lives in rural worlds by religion and cultural values, has an embodiment in Trump and his toxic toady Pence. Two incomes may be required to pay the mortgage now but that freedom to work has brought structural family stresses too.

I think in the _short term_ America’s hope is with women, even rural women who will see at last that they are being manipulated to severe disadvantage within structures that they’ve supported in the past. New voters? 108 million who didn’t vote? Republicans will do everything they can to make sure that these people never vote. A change in demographics does little to change the map. Will Texas, AZ, FL, GA go blue enough to turn them around? I remind you that NC was going blue until rural whites decided that wouldn’t do and elected a gerrymandering posse. We are headed to a non-majoritarian Senate as far as the eye can see unless those “purple” States give us blue senators—and what sort? Manchin? Heitkamp? If they vote for Kavanaugh, they merely support the structures that represent the old order. That old order is white and uses religion and money to keep women and minorities just where they want them.

What’s at stake are changes in values. Only that can alter the shape of a structure over the longer term. What happens now and next will decide where we go. As Lyndon Johnson said, you can’t have a great war and a great society at the same time—something has to give.