It appears that I grew up a mere 22.7 miles from Donald Trump. Just two bridges and a stone’s throw. Apparently that made a difference. I’m sure there’s more: economics, upbringing, religion, all the rest.  But let’s here take up that difference of circumstance and community. 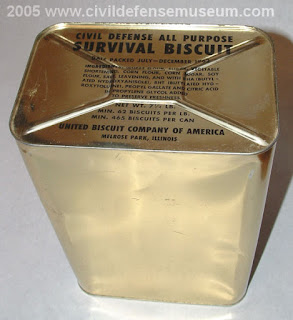 Here’s a formative fact to my upbringing: “In 1965, after a struggle to address de facto segregation in housing and education, Teaneck became the first community in the nation where a white majority voluntarily voted for school integration, without a court order requiring the district to implement the change.”

Today the NYTimes makes this observation: “The Jamaica Estates of Mr. Trump’s boyhood was an exclusive and nearly all-white place, resistant to outsiders and largely impenetrable to minorities,” The Times reported in 2015. In fact, the 1950 census found that at that time, 96.5 percent of the 1.55 million Queens residents were white.” The article by Thomas Edsall, does a fine job making the case, and it’s simple enough. Trump wants 1950 back again, because that’s when America was great in his understanding: before desegregation, before diversity, before “those” people showed up in the neighborhood.

What breaks my heart is that 63 million Americans, many of whom have had _no_ personal experience of diversity _at all_, harbor the same kinds of feelings about things outside their experience. We can call those feelings racist and bigoted because it is a fact.

But most Trump voters —like the majority of my current neighbors— have _never_ lived or worked or _gone to school as kids_ with anyone even slightly different from themselves. It is as much a kind of parochial xenophobia as it is racism. I have been literally called “you people” to my face and told I should “go back to where you came from.”

What we have before us each day in Trump’s growing isolation, in the pathology of his narcissism is a personal microcosm of the larger American problem. As he hunkers down into his own personal bunker of neurosis, fear, frustration, and rage, he will relive his childhood lessons. Everything that is not him is to blame; everything that is wrong comes from “those” people.

Donald Trump is ten years older than I am and grew up in Queens those 20 miles away. That ten years makes a difference but, in a certain way, we grew up in the same crises: civil rights, the war in Vietnam, the challenges of the 60s and 70s. But our differences are even more profound because it comes back to values and choices.

My integrated schools childhood didn’t teach me not to fear difference or diversity. But it did expose me, challenge me, and invite me to it. I was not taught that everything was going to be okay. Instead it taught me that I had a choice: I could stand with change and justice or I could run away and into my bunker. We could have just fought each other or we could reach into what was around us. There was going to be real peril sometimes, we weren’t going to understand each other or get along all the time. But we tried, we really tried.

We were also being _taught_ by our parents, by example, by our teachers, and from each other about our shared humanity. We weren’t homogenized into sameness —because that would have been running away. We were being invited into a richer, more complex way of being human. We could have sown enmity and planted the seeds of more chaos or we could try the more challenging path of peace and real diversity. We were lucky enough to have that chance because there were leaders and parents and however much strife, the effort to try.

I only wish that Trump had had more of my experience and less what it was like those 20 odd miles away. But what got Trump elected was another version of his own experience. Our challenge is to reach into that isolated and naturally xenophobic America and do the work of 1965 all over again. Perhaps that’s another way hope can turn into change.