Skip to content
October 25, 2017October 25, 2017Douglas BrooksLeave a comment
October 23rd, 2017
This morning’s sutras:
@profdbrk
General Kelly changed job descriptions this past week: from adult day-care shift supervisor to enabler. We become the company we keep.
@rajanaka
Courage is not virtue. Courage is the requisite to be virtuous. 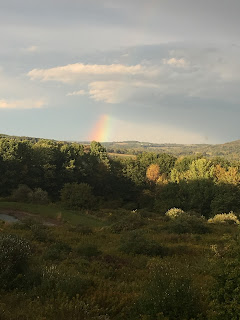 IF Republicans— Establishment and Nativists alike—can get it together to pass their enormous tax cut for the wealthy and corporations they will have indeed embraced an important feature of Reaganism. In truth, one of its most destructive and harmful features. Trump will sign it. Dupes everywhere will applaud and win nothing. A society entirely ruled by the interests of the 1% will need only scream Benghazi in some or another form and laugh all the way to the bank.

We will have to wait for another Democratic presidency and Congress to fix the ensuing catastrophe —only to be thwarted by the next Republicans who will again balloon the debt for sake of the rich and force Democrats to raise taxes athinggain. It’s dèjá vu all over again, as the great Yogi once put it. Do note that Reaganism also embraced the worst depredations of the environment, attacked education, sought to undermine Social Security and every bit of the social safety net, rejected civil rights and women’s rights, and set the stage for _everything_ that is Trumpist racist nativism. So why now the enmity between Trump and the “Establishment”?

The über-wealthy who own the Republican Party need the _emotional fuel_ of Reaganism because Reagan/Conservative policies are in fact quite unpopular. As much as rich Republicans hate taxes, rural whites like their Social Security, Medicare and Medicaid, and don’t just want to be left alone with their guns and religion when they need other peoples’ money just to survive. What is at stake then are their votes. To win them, Trump knows he has to protect their religious bigotries from liberal secularism, appeal to their every fear of others, especially minorities and immigrants, stoke their resentment of economic stagnation by blaming it on “elites,” and make sure there is a scapegoat liberal to blame for everything else. What’s different about Trumpism is that resentment, aggrievement, fear, and bigotry are all Reaganism has left that is _actually popular_ among the rural white base. What we will get as the new Republican Party Post-Flake-McCain-Corker is the same disaster of Reaganomics coupled with the christian white nativism that wears its grievance on its sleeve in the form of flag, theocracy, and authoritarian law and order.

October 24th 2017
@profdbrk
If Flake and Corker believe Trump unfit for office will they call for the application of the 25th Amendment from fellow Republicans?
@rajanaka
Integrity is a contest of virtue that tests our ability to place truth above self-interest.

October 24th 2017
The “Morally Treasonous”
aka “Your Neighbors”

Flake has a 93% lifetime rating with the American Conservative Union and a 96% lifetime score with the Club for Growth. Corker’s is above 80% with both the ACU and Club for Growth. These Republican Senators are not sane, decent, principled politicians. They are the tools of the extreme Right. So why is it that both would be losers in their Party’s primary? Their warnings about Trumpism have been met with silence by their Republican colleagues who dare not speak up. Bannon talks about taking their scalp but where do they differ in votes and policy?

Trump has no policy, instead Trump is a “movement” that requires the sycophantic loyalty that Flake described today as “morally treasonable.” Do we need to describe the essentials of that movement or can we accept that it means “supporting Trump”? The politics of resentment? Let’s go with the “supporting Trump” because then we don’t have to describe these people morally bankrupt bigots. But it is precisely this morally treasonable behavior that explains why Flake and Corker cannot win their safe Republican seats. This behavior is not merely Trump’s behavior —and this is the crucial fact. Such “moral treason” belongs to the 80% of Republicans who strongly support Trump according to the new Gallup Poll.

62 million voted for Trump. 80% of those voters are 49.6 million Americans participating in Trump’s moral treason.

Flake said, ““I think that this fever will break. I don’t know that it’ll break by next year.” No, it will not. Trump is not a singularity, he is not an anomaly or merely the cause of the white entitlement grievance that is now the New Republican Party. Trump is _result_ of Nixon, Reagan, Bush, and Bush because each of them wooed and accommodated, adapted and included the worst of America into their Party.

When their own propaganda machines appeared in Rush and Fox, et.al., they used these tools to cosset the anger, fear, and resentment that defines the ethos of the base. Trump may be an aberrant for his absence of conscience, shameless narcissism, but he is neither inconsistent nor a breach from the past. He is the consequence, the result, the consummation.

America’s fever has multiple causes but all of them can be traced to two _kinds_ of facts—change and stagnation. The changes that President Obama represented were made out to be the embodiment of evil that whites could recognize as a threat to their narrow visions of life and privilege. The stagnation that Republican policies in particular have wrought —endless war of choice, economic immobility, wealth inequality, science rejection—provide the the complement.

Flake was right yesterday when he said he had no chance to win in AZ. I cannot say this enough: Flake’s diagnosis of character and immorality may have made him quit but it was his enabling, participation, and continuing ideology that made his political bed.

“Conservatism” in America is a disease wrought of fear, anger, entitlement, privilege, and _history_. The fever is just now raging but the disease is America’s long failure to address its causes: bigotry, racism, sexism, economic inequality, privilege, and primal fear, all coddled and nurtured by conservatives.

Democrats have clearly played their part, especially when it comes to the needs of corporations and empire sustainability. We are in a permanent state of war around the world and no one, much less Democrats, will really talk about why. We are living at the whims of big money, corporate usury, Wall Street’s dictates —and no one has the power to stop them. No, not even Bernie, or especially not Bernie. It’s capitalism’s consequences mingled with the consequences of change and stagnation, fear and need, the lack of any better system familiar to our history.

Conservative talk show host Charlie Sykes is finally, _finally_ catching on. Look at his interview with Jonathan Chait in NY Magazine for the clarity of his own failure and his enabling recognized. He calls it a “relief” to be out of the conservative bubble because, well, it’s a fever that is merely a symptom of the disease. What they fear will change leaves them stagnant; what makes them stagnant is the change they refuse to embrace. It’s primal, it’s real, and it’s not a fever that will break anytime soon. Trump is ascendent, not over. Hang in there, grab an aspirin, don’t give up.  The disease may be  here to stay but we must break the fever.