Skip to content
January 28, 2017January 28, 2017Douglas BrooksLeave a comment
A Few Words in Defense of Our Country, or at least For the Choir
We are consoling ourselves with talk of impeachment or resignation, with fantasies of divine intervention and, dare I say, even the notion of “reasonable Republicans.” That last one is more laughable than the divine intervention bit. So? That’s Not.Going.To.Happen. What do we do? 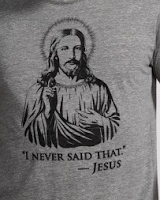 First, stick together as best we can knowing that our diversity and differences will cause among us friction, even conflict. To have a serious conversation among allies is to admit that there will be honest differences of opinion and genuine disagreements. We will need to compromise amongst ourselves to have the slightest chance. Words matter. Resist with activism. Try not to beat up your friends. Try to remember what you are for so that you can rally against what must be stopped. But rally to stop this travesty before you indulge your own self-affirmations. Hope is not simply having your way, it requires making a deal with the possible.
Second, in a real sense, the Courts are now our best political tool. We can only expect to slow down this catastrophe there, the other branches of government will be largely powerless. Call your elected representatives, show up at protests, be _out there_, for sure. But think about the work of the ACLU, SPLC, and other groups who pay lawyers. The alternative to lawyers resisting with suits and briefs is open rebellion, and that usually works out poorly for the rebels.
Last, take care of yourself. But this doesn’t mean you need to take a break or just not think about how utterly loathsome all this makes you feel. Don’t buy the idea that continuing to care, to resist, to feel wholly the depth of this obscenity is somehow to your detriment. Your mental health does not require withdrawal. There is plenty of room for all of the horror because this is yet another condition of being an ethical human being. Taking care means feeling more, not less, even when those feelings are “negative.” It’s not an indulgence to feel what is real or true or to place decency and justice in the realm of conflict and resistance. For some of you I would suggest that _this_ is what your yoga might be about. That is, to have the courage, the temerity, and the whole of your person fully committed to what you _feel_ and _think_. Even when it’s genuinely painful, depressing, or horrid, you have the courage and the strength to make something good of _all_ of that. Don’t back down. Don’t let up. Stay in it. You can do this, no retreat, no surrender.