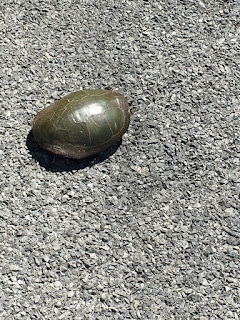 The Comey hearings drew out Republican strategy that should be familiar to anyone who understands how they win elections. And plan on continuing to win. They don’t need the majority, they need their voters to vote.

So here’s what they do. They use explicitness—words _said_ that allow them to direct their agenda. Selective literalness may not be elegant but it describes the situation. This requires using words with focus and intent in order to push their narrative wherever they need it to go. Codes, dogwhistles, you name it, are inside these words but the Republicans deny that and seize the literal as obfuscation. This allows the President to say that he did not obstruct justice and that Comey is a “leaker.”

The further complexity comes when they also use metalanguage or, more commonly, exaggeration and falsity _deliberately_ to create a metaphoric umbrella. This is what Trump voters mean when they say the literal truth doesn’t matter. In these situations they _want_ the code, the sense, the encompassing meaning they are after. And it doesn’t matter if their voters can explain this exercise, they totally get it.

To make the point about literal use and explicitness, I will quote from the WaPo: “At Thursday’s Senate hearing, Sen. James E. Risch (R-Idaho) sought former FBI director James B. Comey’s agreement that President Trump did not tell him to drop his investigation of fired national security adviser Michael Flynn: “He did not direct you to let it go.” Comey agreed, “Not in his words, no.” Risch pressed his point: “He did not order you to let it go?” Comey concurred: “Again, those words are not an order.” Yet later in the hearing, in response to Sen. Angus King (I-Maine) asking whether the president’s words were “a directive,” Comey said, “Yes.””

Republicans can then ignore Democrats demanding that Comey’s receiving a “directive” _really_ meant obstruction, which Comey wholly understood and wanted to imply without getting into the prosecutorial weeds. Trump the mob boss meaning, “take care of this and you’ll keep your job,” can be ignored even though it’s plain enough. Meaning in context, seemingly indisputable implication, none of this matters when the literal meanings of words will suffice to meet the Republican requirement. This allows them to seize on their talking point, redirect the conversation elsewhere, and use the explicit comment to nurture their misleading or half-baked narrative. But this isn’t the end of it, only the half.

When the language turns to their metaphoric forest, Republicans are happy to remind their voters that everyone _really_ knows what’s meaningful and important. Obama doesn’t need to _really be_ a Muslim to make that point that otherness is to be despised. Infowars readers don’t need Pizzagate to be real (it was real enough to provoke one of their loons to “investigate” with a gun) to know that Democrats have secret plans to undermine democracy. Sessions can talk about voter fraud and the racism within it is the emotionally satisfying feature for their voters. The wilder fantasies and gross exaggerations can be ignored by suburban whites and the kinds of Republicans you may know in your own family —people you don’t think of as stupid but willing. But why?

The exaggeration, hyperbole, and nonsense feeds a kind of nihilism. The fear, anger, and hatred serves an emotional need that doesn’t have to be rationally examined. Let me be plain here: these are scared white people who understand that their ascendency is over, that culture has changed and so people unlike them, women, and others historically oppressed have will opportunity that “cuts in line” and undermines their entitlement, superiority, and power.

These Republican voters aren’t just poor, rural, and undereducated —though the majority are. They are the people in midwestern suburbs and towns that gave Trump the election. They reelect Paul Ryan and elect Republicans because the narrative is simple: Republicans hate taxes, Democrats raise them; Republicans want things how they used to be, Democrats advocate _real_ change that threatens their power. These middle class Republicans voted for “change” at any cost because they knew _more_ change would follow Hillary, just beginning with _her_. And they just want things “the way they were” because once it was just all better than it is now. Their version of change, their “draining the swamp,” means getting rid of change in the form of anyone who rejects their implicit narrative of white ascendency.

But if you can’t have it your way, then the world is already gone, so what more is there to lose? This is nihilism. So the game of explicitness and exaggerated falsity is the strategy to maintain power and feed their emotional need to adjust to change (and loss of power), which they detest. You don’t have to be Freud to figure this one out.