Skip to content
August 23, 2019August 23, 2019Douglas BrooksLeave a comment
Can You Hear Over the Whirl of Marine One?
Listen closely, Pandemonium is Optional

His level of unhinged really has taken on new dimensions, hasn’t it? We currently live in a failing reality TV show and desperation for ratings is the tawdry underbelly of the current leader of the “free” world. The Amazon (the real one) burns, Greenland melts (can you buy it on Amazon?), and of course many people are talking about it, like you’ve never seen before, because fake news. Nevertheless, we must persist.  The way out of this is through this. 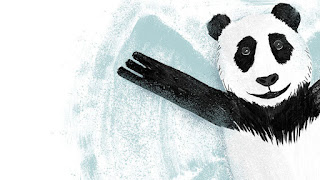 Chauncey Gardener meets King Lear? The malignancy and mental illness this insinuates would not be nearly as dangerous if we weren’t talking about an imbecilic anarchist who is also the current President of the United States. We’d have many of the same problems but we’d feel a whole lot differently about them. So, are we doomed?

We might be but don’t fret. Not that help is on the way. Democrats running for president have a plan for that or know that it’s all just an abberation soon to resolve in bi-partisan fealty. If you doubt both, that would make sense to me. We can hope that the candidates’ circular firing squad does not resort to live ammunition. That might be asking too much given all the abundance and availability of things we don’t need and perhaps too little of what we do. If you think we need a dose of truth, that might be asking too much. We’re going to need something far more potent.

You see, things that are true are not necessarily as helpful as you think. I’m not advocating solipsistic narcissism even if that’s the current fad. There is an alternative and to put it in the vulgar it goes something like this: try not to lose your shit. At least for the next 515 days, some 17 hours, etc. If things go south before then, well, feel free to lose your shit.

But let’s return to the problem in the meantime. Wittgenstein always helps in a pinch. I kid you not. Well, maybe a little.

But logical propositions are true no matter the content. (Think about that for a moment.) And what your experience tells you about pandas tells us nothing about the truth of the proposition, which may be empirically vacuous—as it is in this case. The lesson from your Pedantic Professor is this: we need truth, we gots to have it. But it’s more than truth that is at stake. We need sanity in these utterly insane times. Never mistake logic for experience. Things can be true and still meaningless in the world that tests your sanity. The task to sustain sanity never abates.

But just because true sentences can be as ridiculous as current presidents of the United States, doesn’t mean that you are entitled to a reality wholly of your own making. That too, technically speaking, is called “losing your shit.” Everything is not just _your_ opinion. Don’t do that. Don’t go there. Reverting to “that’s my experience” or “that’s just someone’s opinion” is giving in to the fake news just as much as believing in fish eating pandas that eat fish.

This means that when it comes to experience make sure you don’t rely solely on _your own_. You can be mistaken even if you aren’t mad as a hatter or dumb as Trump. A more honest strategy—and forgive me for getting all serious about this at this late stage in the game—is to remind yourself that, yes, we really are in this together. We’re going to need each other’s sanity to use both logic and experience to keep us from _feeling_ too crazy, too distraught, or too traumatized to act. Think but be wise. Feel but don’t give in.

Now you can ask sanely, what happens to America if the market crashes, the Russians decide the Balkan states are theirs, or ISIS manages to do some hurt on the homeland, and we still have The Chosen One as President? Yeah, we’re screwed, fersure. I am not the paranoid sort unless there is reason to be and we should resist doomsaying to honor the language even when it fails us logically. Thank you, Wittgenstein.

But we should not forsake pandas, our best assessments, and how we make them _together_. Now is not the time to double face palm unless you are as wise as Jean-Luc Picard and have someone watching while you take that break. We’ve 515 days of this nightmare left, if we are lucky enough to break the spell. Pay attention. Or enough to get through it.

Like you, I don’t underestimate the stupidity of the people who did this to us in the first place, including those who decided not to participate in preventing it. But let us not distract ourselves with the near-past. Any viable future (okay, okay, let’s assume) depends on embracing this paradox: we’re going to have to stay the course of sanity to change the course we’re on.

It does seem like the madness is winning. We can be mad about that. But we can’t lose the plot, pandas do not eat fish, and we gotta trust enough in goodness to be good. There is no goodness but what we make. That means the whole mess is up to us. You’re worse on your own, you know that. There may be irredeemable and incorrigible stupidity and evil in the world. Personally, I have no doubt about that. But we can be good, do good, and survive this. Whether or not we ever truly flourish as we could, that might have to wait for better days.