Earlier today I noted how my new Twitter Troll-Friends have twice (at least) made clear that the KKK was founded by Democrats. Are they ignoring every bit of history since Eisenhower, do they not know it, are they just in denial? Sigh. But as I think a bit more about it, the issue is not policies but, like Trump, a reaction, drawn from impulses and fears, rooted in white nostalgia for past dominance and some deeply felt need to prevent change that has already arrived. I also told the story last week of meeting the old Wyoming cowboy reveling in his weathered isolation from liberals, savoring the last fresh air of freedom from change and distance from ‘those people.’  Some of my neighbors refer to me as “you people.” I try to imagine how hard it is not to be white and hear this. 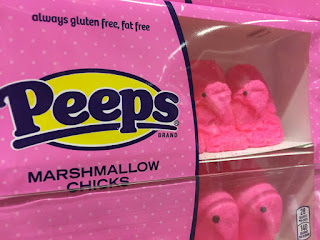 These folks want things they way they were, dammit. When white men were uncontested to do as they pleased, when women defended men, when everyone else knew their place so that they could get along with being supreme. There’s a little room for successful minorities, like Ben Carson and Clarence Thomas, because they _earned_ their way and don’t advocate for government help. (It matters not that both of these men received such aid. Remember: facts do not matter, keep your eye on _feelings_ about facts.) The facts are no longer with them — America is changing at last, but not so fast that cops can’t kill black men with impunity or elections can’t be gerrymandered and courts stacked. There are ways to keep things “conservative” and they aren’t fools about political power, using money, and, above all, making sure the liberals and minorities don’t take over too soon.

As the midterms approach, Democrats have plenty of ways to ignite their base: every day brings a new outrage of incompetence, corruption, and dangerous, regressive policies. Republicans will continue to ignore the facts, however plainly these are made to even the meanest intellect. Why? We’ll get to that. But first…

Republicans continue to run against Hillary, obsess over Leader Pelosi and BLM. They are having a harder time using the Parkland students but they’ll figure it out because their voters don’t like kids “talking back.” We mustn’t make light of the sexism and racism, those are matters too important, however transparen, to dismiss. It is the emotional conjurations that we must try to fathom. Trump figured out that these white people don’t care about facts or promises about policy or even Anne Coulter’s Former Trumper kvetchings. They care about how what is said makes them feel.

Fox gets this, especially when it’s another meme about Christians victimized, persecuted, and how liberals loathe them for their beliefs and think they are stupid. (They aren’t wrong about this.) Like this one I culled from today’s Times:

“Google snubbed Easter with no doodle for 18th year in a row, Christians say,” from Fox News: “For the 18th year in a row, Google has no doodle to celebrate Easter, and Christians are angry on this holy day. Paul Joseph Watson, Infowars editor-at-large, tweeted Sunday about Christianity’s most joyful day: ‏’So Google has a doodle for every obscure “woke” person/event imaginable, but nothing for Easter?… James Woods retweeted it, saying: ‘They loathe Christians. Plain and simple.’ The search giant did find room to celebrate April Fool’s Day — by inserting a ‘Where’s Waldo?’ game into Google Maps.”

Once the bullies of the playground uncontested, superior, and able to get away with murder— they can still do that so long as the victim is a minority— the Old White Christians don’t even need to be professed Evangelicals or even Christian at all. They _feel_ Christian or at least “Judeo-Christian” even if they haven’t been to church in ever. They only need to share the views of Franklin Graham and Jerry Falwell, Jr. when they express their devotion to the notion that we _achieving_ white people are the true America and don’t want “handouts.” Further, it has be clearly implied that America must not be allowed to fall into the hands of ‘those people.’ It’s not these beliefs they cherish as much as it’s feelings about beliefs. These “Christians” are post-belief but not post-feelings. However they chose to cite their sources to justify their claims, beliefs serve feelings, not the other way around.

Daily claims are driven by something far more visceral and tribal, something that comes closer to entitlements of whiteness. These are not understood to be entitlements that have a structural history with roots in oppression and complex immigration movements. Rather, those matters are long past, as Justice Thomas and Gorsuch maintain: we have laws since the Cause was Lost that have made us all “equal” before the law. We can preserve our history in Confederate statues because heritage is a feeling that needs no further facts to consider.
All this furthers the claim that everyone should earn their way, rely on no one but family, and hold in contempt anyone who needs, takes, or asks to serve the public good. Those are socialist and liberal ideas that ruin freedom. There is church but government is nothing but failure, intrusion, and oppression: and it will soon come to take your guns, another symbol of how their freedoms are being “taken away” and must be saved. Feeling aggrieved is not the same as being a whining snowflake. Yes, snowflakes can apparently whine.

Those of us who try our best to love facts, advance the values of progressive education, and still cherish family and even certain religious traditions, we too are post-belief. We know that facts are provisional, unfinished, and subject to revision because that’s how human learn. We know that facts are important even though we also know we could be wrong. That is far, far too much to ask for from our feeling friends over on Twitter. Most of us (is this wishful thinking?) have traded in the religious superstitions of our familial traditions (some merely substituting with others) for a more social-based care-in-kind values. Nothing gets the dyspeptic Evangelicals going quite like their fellow liberal Christians talking about social gospels and helping the poor when they should be saying “He is Risen!” Catholics, well, they are all over this map, sometimes mapping with Evangelicals about women’s rights and sometimes just following the money. (N.B., _always_ follow the money.)

Our liberal post-belief world eschews literalism, which is why these Old White Christians believe everything we say is “fake news.” The “facts,” as they see them, are matters not to contest, much less doubt: they are _feelings about beliefs_ that have little (or nothing) to do with what we call facts. Our facts are merely “theories,” like evolution and that’s not faith.

For our part, our feelings are actually less tender than they are expressions of frustration and the endless futility that comes with dealing with feelings that cannot be penetrated by facts. To win over any of them, to get a few votes or get them to just stay home —since many would rather die than vote for a Democrat— we need to appeal to their feelings and only to their feelings. We can’t win on policy. We don’t share values or beliefs about values.

The way in is simple but we must find that sliver of an opening. The issue is “fairness.” I’ve used quotation marks here because OWC notions of “fairness” have little to do with what any liberals think or even with any fact at all. But the Old White Christian grievance _feels_ it has a soft spot for “fairness,” albeit only the sort that would favors them and keep ‘those people’ at bay. Regarding Trump the complaint must be, as Jonathan Chait has described, corruption, the kind that is just unfair, not him but his poor choices. HE means well, because we OWCs voted for him and we feel deeply and know we can’t be wrong.

OWCs wish they were all rich like Trump, could act with the impunity and disregard for anything but themselves —this is why no number of Stormys matter and why Mueller must go. They love authority, they want things simple again and they never resent the rich. But if the rich are playing them and not paying for their golf, jets, and glamor, then that’s just not fair.

In fact, even Trump has fired those he senses are “corrupt,” impervious to any of his own obvious corruptions —but let us not devolve and confuse any of this with the facts. I remind you, facts are not important, it is feelings. OWCs need to _feel_ like the privileged are paying for their stuff just enough— they can cheat on taxes, because that’s okay, that’s the guv’mint stealing your hard earned cash— and they can put up with Russians and anything else because that’s just deal making, and deals are good when you are a “winner.” Tariffs are good because those people, the ones stealing from us, are unfair.

However, if we press the matter to a kind of corruption that touches the fairness-button and press gently, this will not win any hearts or minds, but it may keep 77,000 of them home on election day. And that’s what we need. As for our plans, well, Democrats and progressives will form their own circular firing squads over ideas, purity principles, and agendas that divide and make villains of allies, because no one knows how to lose an election better than a room full of liberals. And that’s a fact.