“Successful presidential candidates are mythmakers. They don’t just tell a story. They tell a story that helps people make meaning out of the current moment; that divides people into heroes and villains; that names a central challenge and explains why they are the perfect person to meet it.”

Myths are of course true, just not the way that David Brooks uses the word. Here we go again but it’s kind of important. At least to me. He means to tell “the truth.” I mean to get to the truth by using myths to go deeper. Onward. 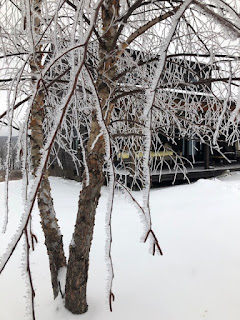 As usual David Brooks of The Times gets a crucial feature of the analysis or the language dead wrong. But he also has the point in the midst of the malaise. Here he is using the word “myth” in the ordinary parlance. This saddens, infuriates, discourages me as much as the superficial use of “yoga” or other words that _could_ mean more but don’t because words mean ‘how people use them’ (and NOT what they ‘could’ mean. This is why, for example, you may have noticed that I don’t often refer to Rajanaka as either “yoga” or “tantra” anymore—because we have lost the meaning-war and there is no getting it back (for now).) Anyways, David writes about the election:

“My takeaway from Wednesday’s hellaciously entertaining Democratic debate is that Sanders is the only candidate telling a successful myth. Bloomberg, Joe Biden, Pete Buttigieg, Amy Klobuchar all make good arguments, but they haven’t organized their worldview into a simple compelling myth. You may look at them, but you don’t see the world through their eyes.”

First, there was nothing “hellaciously entertaining” in my view. Rather it was insipid, frustrating, demeaning, and unhelpful. If that’s what it takes to win the presidency, I would rather live with penguins full time. I hated every moment and lost respect for EVERY candidate. Name calling, misrepresentations, angry bullshit from everyone about the other. Nothing was gained, much was lost. Trump won bigly.

Right now I am betting that the nightmare continues, only worse.  Far worse. Catastrophically worse after he is re-elected.  There really is such a thing as the Trump Voter and they are in States that will decide the election.  It’s that simple, California.  So vote “your heart” and lose.  Because voting your myth depends on what kind of myth you like.  That’s my point, not that of David Brooks.

David uses the word “myth” pejoratively and that, of course, is what sends me _personally_ over the edge. Meh. I have no hope, ZERO for reclaiming “myth” because yoga _means_ stretching and “Tantra” not only means bullshit it mostly (99%) IS bullshit. Notwithstanding, he is also on to something.

That something is that people who inhabit a story don’t need believe it (he has it backwards, of course, as usual, he makes this mistake frequently), they need to want it to be true. People don’t vote for arguments, they vote for their wishes, their dreams—even bad, ugly dreams, like Trumpists. But it’s not about arguments, it’s about who they want to believe they are. This is why I prefer pragmatists, as candidates and in most things.

Not that you should care, but I see the world as Mahabharata: you fight when you think it’s the best thing you can do, winning is often losing and deeply compromising, you make a better deal on the basis of the battle, and you try to live with yourself and your enemies as best you can. Not everyone shares that view or that vision but for me, _that’s the real world_ that I mythologize. I need stories that use myth to ground you in the hard world that is and in the dreams you want, without losing either.

For Sanders, like for Trump, there’s much more dreamy bullshit about what is and what will be or could be. Their version of the hard world, well, Bernie’s isn’t wrong or false. It’s that their solutions will never happen because the demons are just as real and cannot be destroyed. No demon is destroyed, not ever. I say David is right, most people want that sort of myth where they just get what they want, and they believe they will get it. They want their dream, they want their fulfillment. I see the end of the story as just the next bit of living with yourself because you don’t get what you want, you get compromised and compromise. You get to die another day, as the saying goes, and that’s not so bad because the alternative is far worse.

I think he’s right too that Sanders is the likely nominee. Trump’s reelection is, imo, far more likely because America will far more easily buy Trump’s myth in WI, MI, and PA. I’m not prepared yet for the Mondale McGovern blowout that will likely happen. Unless it doesn’t. Carry on, ragingly.