Skip to content
August 13, 2017August 13, 2017Douglas BrooksLeave a comment
Monuments to Failure and Hope’s Unfinished Future
What Do We Do Now?
“We cannot pretend that the ugly bigotry unleashed in the streets of Charlottesville, Va., this weekend has nothing to do with the election of Donald Trump….Now is the time for every decent white American to prove he or she loves this country by actively speaking out against the scourge this bigotocracy represents. If such heinous behavior is met by white silence, it will only cement the perception that as long as most white folk are not immediately at risk, then all is relatively well.” —Michael Eric Dyson, NYTimes op-ed, 13 August 2017 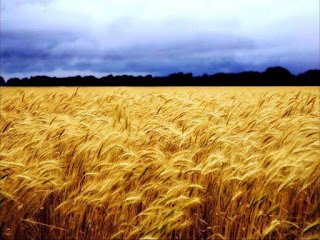 The key phrase here, the one that we must acknowledge is the reason that the _majority_ of white voters in America elected Donald Trump, is “white folk are not immediately at risk.” Had the gravity of the risk, the implications of their actions been more apparent would they have placed the nation in such inept, incompetent hands?

The majority that tipped the balance in PA, FL, MI, WI— these are not deprived and desperate people willing to try anything merely to survive, this was a willful jaunt into nihilism. This vote was fueled not merely by some palpable emotional anxiety over economics but rather over the fear of losing cultural privilege and domination. The nation changes and much of white America has chosen the weltering heat of denial and anger.

Our rage of resistance must become a calm center that neither forgets nor too easily forgives these failures of judgment and their consequence. We must each account for ourselves. There is no moral middle: the nation is, in fact, ruled by extremists and their most trusted allies. To seek ethical fortitude is not to claim certainty but instead to act in ways that evidence the unmistakeable difference between right and wrong.

Now these extremists have their true champion, however mildly admonished for violence and too blatant an expression of their bigotries. How many will condone this inexcusable moral failure of leadership and reject the criticism of their ethical deficiency? We are failing as a nation, not only we have proven incapable of serious discussion of its original sin, but because complacency and plenty have made us immune to self-evaluation and honest conversation. We refuse our differences to assert only some or another false claim to superiority.

Until we have new, inspired leadership we will need galvanized and motivated resistance. We will need a measure of tolerance for civil discourse even as we reject entirely the hate speech that comes unmasked from this Administration. We will not succumb to the level of this illiterate, puerile imbecile. We will not have _a_ leader —that is their way of doing things. Instead, we will lead. We. The People. And every voice needs to be heard to denounce this remade Confederacy and offer instead a vision of an America that has not yet been realized.

Hope is unfinished and must always remain so. But I say hope is not what we need right _now_ Hope we will need because there must be a better future. There is no plainer distinction than _this_ right and wrong, _right now_. We don’t need hope to see that truth. We need the courage to act because we know it is true.

We can expect Trump and Republican leadership to continue sound their racist dogwhistles. But the sound we hear is a clarion of the heart that must inspire our every action. We need now above all that courage to act, to place decency above differences, and to address the sources of conflict that will not change until we make our convictions clear. Resoundingly clear. Listen to the clarion, that’s your heart beating faster and louder still.