School is on the horizon and I mourn more than the loss of a summer largely lost, but that’s all too personal a matter to matter much. I don’t lament my shrinking university enrollments, they mean I can pay closer attention to students in the classes and that I will have fewer papers to grade and _every_ college professor would prefer that, especially those few of us who must grade our own papers. 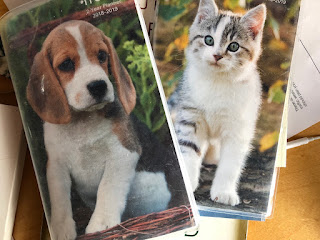 My purpose here is to raise a few issues other than the failing state of liberal education. What’s “failing” isn’t the subjects or the merely the pressures of capitalism on learning but a great politics of learning. What’s failing in education is failing everywhere else too. We are feeling overtaken, overwhelmed, overdone by complexities we don’t control, by lives that we struggle to manage in everyday ways. Why?

What’s “failing” aren’t the subjects nor is it merely the pressures of capitalism on learning. We fail because there is more world than we can comprehend, far more than we address or change—learning means there is always more, and I can assure you that if you are serious about learning, there is more than ever to consider. As anti-intellectual as Americans are, the state of our learning has never been even remotely this advanced. We know _so much_ that we are overwhelmed by the horizons of our ignorance. We even know sometimes that we don’t know. Because there is more to learn than ever before; because there is more real world than ever around us. And it _is_ complex.

We’re inclined then to tell ourselves how we long for simple things, like family and friends, the pup’s constant love, the things we like. None of this will make the world a less complex place. We want reprieve but there is never going to be less complication or confusion because they too come with complexity. Ritual often points out the disparity between what’s “really” happening and what we wish were true, but that is a matter not only for communion or graduation, that incongruity is happening all the time.  It doesn’t often feel good and so we avoid talking about it but nonetheless find ways to address it, because we must.

To escape complexities and the serious effort it takes to learn about the real world, we use allegiances to sports teams, hobbies, we take yoga classes about feeling good, and who doesn’t want to feel good? Life is precarious, short, and what’s the point of more hurt? Who can object even as we acknowledge the privilege not to contend is a privilege? We daily need instant-vacations, anything from 30 seconds to hours of relief in which we vacate from the complexity. But it is complexity that really scares us as much as the world that seemingly could stand a little more nirodha and little less vritti-esque tumult.

Identity politics is a way of reducing problems to a list of grievances or factors that make them manageable. Laura Ingraham is making white anxiety about change her focal point on the far right—and mainstreaming it on Fox to that self-selecting audience. Those on the farther end of the left have complex arguments about structural historical problems but being a bottom-line, get to the point, keep it simple culture that avers complication at all cost, issues are similarly reduced as far as possible. Racism, misogyny, however these are reasons for things that we long to change, no _one_ variable is _the_ reason. It’s just more complex than that. We prefer to look for one reason, _the_ reason why this or that is the core and then the source of our particular concern. Not a chance that’s true.

The pursuit of simplicity is anything but failure, as Occam so helpfully demonstrates. But it is Occam’s razor that reminds us that “simple” means the _fewest_ number of variables and our world shows us how rare “few” is and how ordinary complex needs to be. That is, if we have any desire to take matters seriously. Like I said, we’d prefer to reduce or vacate whenever possible. That’s going to make the world a worse place, as I see it. Why? Because knowledge continues to grow, because humans live in a global community no matter who tribal or parochial we are. So what can we do?

First, we have to admit that our subjects, our understandings, our efforts are more complex and need to be, that this process is more unfinished and in progress than ever, that no _one_ of can keep up with what we _need_ to know. We’re going to have to delegate, specialize, and trust that those we rely on are acting in good faith, on the basis of the evidence and something like facts, that they can be wrong as much as we want them to be right. aComplexity means simple trust is always at risk because the world won’t relent from complexity even for a moment. Information is global instantaneously and all good argument (let’s use that phrase to mean “truth”) means is an informed opinion. The more that we _really_ know, the more doubts we will have. This isn’t the same as uncertainty, it’s more complex than that. Not everything is worth doubting.

Second, we have to become more agile, more resilient, more capable _with_ the deeply discomforting features of complexity. We’re likely ill-equipped for this in evolutionary terms much less emotionally. We’re going to need some character evolution, more willingness to use the imagination to try to get further than our own immediate perspective. Just how to do that when time conspires to overwhelm us with the daily anodyne necessities, like making a living, raising children, dealing with our health? Time may be all we have so we have to ask how willing we are to make time for things that are important to us. Deciding what’s important or what to prioritize is no simple matter. Once again complexity rules us no matter how simple we make our lives.

Last (for now, ’cause complexity tells us there is always more), we need to embrace complexity rather than run away, merely vacate, or use reduction as our preferred learning. Students often ask me how long a paper needs to be. I say they should write every word they need and fewer that they don’t. This never helps. Then I say something like not fewer than X pages, not more than Y. They would prefer questions with answers, at worst multiple choice, and a world that doesn’t ask so much of them. But that’s the point: the world is never going to ask less of you unless you give up on caring about how the world really is. How’s that world? It’s mixed up, muddled up, and shook up. It’s not going to get less complex until you will depend on it to take care of you. Take care, as much as you can. Complexity won’t give up, so don’t give in to less.