Skip to content
February 10, 2018February 10, 2018Douglas BrooksLeave a comment
There is an everyday scandal in the WH, everyday the administration hands more and more of the country to the oligarchs, and what is left of our faire land is now “deregulated” for profit. The crisis before us is America’s deeper failure of character, a reckoning with our shadow that may never happen. But we may yet bring about a pause that thwarts the current disaster and _appears_ to address our more serious problems.   We must make sure that everyday reveals another Trump scandal.   Fatiguing as that is, it must be part of our daily bread to make sure that their trespasses remain unforgiven. 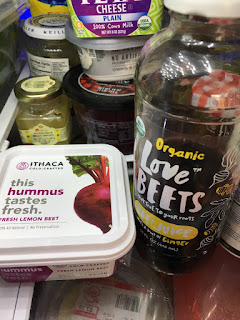 The Obama Presidency demonstrated perfectly just how far we are from considering our nation’s real divides and needs, and the deeper issue at stake is our national shadow. No matter amount of virtue in the White House will “fix” that. But we must address surely our venality, at least insofar as we attempt to thwart its advance.
Our immediate solution is not a “revolution.” Sorry, but we did that and _this_ is what we have to show for it. A revolution may sound appealing to some but it is a losing strategy for practical electoral victories. Those kinds of victories —pyrrhic and hollow as they may be— are what I think we need _first_. Further, revolutions destroy things and that’s the wrong idea. We have enough destruction. The best solution would be realization, not revolution, but we are not prepared for that.
Our temporary electoral solution is right before our eyes and that does not depend on any deeper reckoning with the American heart. We may indeed be able to oust the villains by virtue of mere discontent and rage, without any unified claim to political values, much less virtue. “Stop Trump” may well be enough to wrest the power to slow down this fast lane to catastrophe. We may talk a better game than mere anger and rage but those emotions may be enough for now.  Of course, we may actually rouse enough anger that we never come near our real issues but only set them back.  But we don’t have in place any of the structures we would need to address our real issues. The right doesn’t want that conversation because it represents the old forms of privilege and entitlement to which they desperately cling and the left is failing because it refuses to admit that virtue does indeed require individual assessment as much as it does structural change.
I would not be opposed to some kind of victory _first_. By that I mean a directive of the electorate to send Trumpism further back into its bunkers of ignorance and into the darkness that is its natural habitat. Let the Balrog go back to its lair. There may be no better remedy for now. As for us, I say “run, you fools” towards some kind of temporary safety until we can do better. We can talk about the hard work from wherever we stand.  None of this will stop the abusers or the racists because our victory will, in fact, energize them too. But we might outnumber them if the system is not so rigged that it just fails to represent the majority. That could happen. Our strategy would not provide real hope because hope requires a future in which there is change— and real change requires real reckoning. In the meantime I think we should take _any_ level of pause and reprieve that grants us at least three more years of life.
No, I don’t think Mueller’s report — even if it demonstrates obstruction, perjury, money laundering, or treason— will move Republicans to act. Get it through your heads: _nothing_ is too debased or too corrupt or too morally bankrupt for the likes of Ryan, McConnell, and all the rest who want reelection and power. Not Collins, not Murkowski, none of them. The bar for them cannot be too low to protect Trump because they are Trump and without Trump they will be replaced by Trump. Hannity will decide their choices. So unless 2018 brings electoral change, expect things to become much worse, much more rapidly. Is that even possible? We need a short term strategy because the cure is truly beyond our national reach. If we buy time will the more honest reckoning begin?

No, it will not.  Like I said, that requires the kind of hard work that no one likes.  We keep trying to make school “fun” when a lot of it demands plenty that is just hard.  It all depends on what you want.  And by “school” I mean both school and whatever it is that gives you the skills and the aptitude to do something worthwhile.  Excellent things are rare because they are difficult, ask Spinoza.