Roe is obviously about far more more than a woman’s right to make her own health choices or abortion. It is as much about those who seek to control women, who seek to shame, manipulate, or use people for their own purposes, and who would impose their will and values on others. It is a test of decency, a matter that cuts to the core of liberty and probity, and its weakening or overturning poses a threat that brings us closer to tyranny, oppression, and an imperiled life determined by the will of the minority. What is clearer to me than ever is that nothing will stop those who seek this power and that there is nothing that can persuade them of their error and their evil. 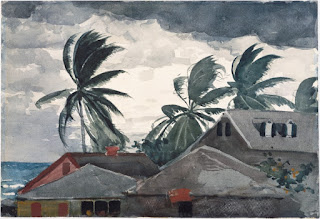 The irony is rich: the deciding voice will be not only another white male with far beyond mainstream religious beliefs but one appointed by a president who boasts of sexual assault, elected without the majority of female voters, and in need of this justice on the bench if he is to retain power. This phony president is empowered to proffer a lifetime Supreme Court appointment that will endure for _decades_ and produce decisions that will deeply affect the course of public life and the country—all as a gift to the ex-frat boy now credibly accused of attempted rape.

Kavanaugh will find his ally in the irredeemable mendacity of the all-male all-white Republican Judiciary Committee. His goal is to join with the likes of Clarence Thomas, who we know now not only for his sexual misconduct, his proven lying, and moral debasement but for his dangerously out of touch judgments on the law. He will find a true colleague in Thomas since both will demand our respect by virtue of their office but stand apart for their vacuous moral character. The highest court in the land will have then a majority determined to vote against the court’s three women and gleeful to impose the will of their patriarchy.

How much more of America’s future will be further decided by men beyond the pale of decency and without the slightest respect for a future that no longer tolerates their privileged claims to power?

I reject every last bit of this horror and I will fight however possible this tyranny but the facts are undeniable, bitter, and deeply saddening. I want to live in a world in which these forces of regression and patriarchy are in retreat, not in power and gaining power.

We can only hope these rancid men are crushed under the weight of their own venality and our good efforts to see them fail. Where the future lies depends on who will care to reverse the horror they insist we accept as law.