Skip to content
March 21, 2016March 21, 2016Douglas BrooksLeave a comment
This afternoon I took two hours off to celebrate my mom. It’s five months to the day since she passed. I’m a mess and I’m sure I will never “get over” this loss.  Why should I?  What would that mean?  I give myself permission to feel everything and every single day I miss her more.  But we talk, meaning I talk out loud to her.  And I do things that make me love her memory and think about our lives.  Without the slightest conception of an afterlife, I remain centered on the things we shared. There is nothing heroic about these feelings but for the fact that vulnerability is never something we can transcend.  This being human has its own terms. 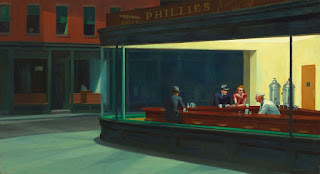 So I took out a beautiful cast iron skillet that mom only used for preparing eggplant parm—our very favorite dish— and that her mother, my feisty little Italian gramma Anna Marie Giordano, used for onlythe same purpose.  My grandmother was a member of the United Ladies Garment Workers Union, she worked as a seamstress her whole life, made it through as a single mom excommunicated by the Catholic Church in the 1930s with three little girls, and, oh my, could she sing too.  She chain-smoked Pall Mall filterless and worked in a factory that I still remember vividly — I would go running through aisles and aisles of sewing machines in Paterson, New Jersey to find her.  I knew right where gramma held forth amidst her friends and apprentices. She was a profile in courage, real courage.  Imagine living in a cold-water flat, evicted every three months during the Great Depression, and living as a divorced Italian woman in New Jersey.  What sort of strength and decency do you need just to survive?  And my mom was very much the same. Where do people find such inner character?
To bring a sensory memory to my day of tears, I made the eggplant for supper while my wife Susan was busy in her art studio.  I played hooky from University today but I am happy to report that I’ll soon be back to reading a real page-turner called Scholastic Sanskrit.  You can skip it if you like.  We all have our jobs.  But I did have a thought about why this Trump Thing has caught on with a certain constituency of Angry White Americans, especially men.
Frying up the breaded eggplant in olive oil (slow, low heat), I watched John Ford’s 1959 civil war movie The Horse Soldiers starring none other than John Wayne and William Holden. I think both are indeed brilliant in this campy love story about death and devastation that is without much real blood or, for that matter, any realism—it was 1959 and this is the movies. There were a few opportunities to very indirectly raise the issue of slavery but nothing too serious.  Holden at one point says something like, “I would help but you Southerners apparently have your own help.”  It was about as clear and direct as this John Ford western could allow.  You take what you can get from such a sordid past of denial, false adjuration, and phony solicitations of decency.  How badly it fails, how corrupt and inept that effort is to address these real issues of American history and the exploitations of society cannot be excused or overlooked, but that it was then and is now still so feebly and careless addressed is essential to my point—which is coming.  Are you still there with me?
Somewhere not far below ordinary awareness, not even in my subconscious, I saw in The Horse Soldiers the Trump Phenomenon, like déjà vu all over again.  A friend this morning pointed me to an article in The Washington Post about how Secretary Clinton can convincingly win the Presidency (because she will be the nominee, no matter who you are rooting for…), without a majority of white men. (‪https://www.washingtonpost.com/…/hillary-clinton…/…) She can even do worse than Democrats did in 2012 and still win decisively, even easily. Political science is a helpful thing, albeit sobering like much else that involves coping with facts. Reading this article, thinking about the difficult lives of the powerful women in my life —my grandmother, mom, my wife Susan who I can still hear working away down in that studio—I thought again about the power, the inevitability, the need for the heroic narrative.
American men, white men, maybe all men, maybe all human beings need their own heroic narrative.  We need to feel and be part of a story that takes us not only to our nobility but also to our anger and our rebellion against the forces, any forces that thwart us.  We must stand up and stand for something that speaks to our power— not to virtue but to power— and so beyond our real helplessness.  We need to feel like we can do something about “it,” no matter how much of the problem or the solution is rooted in fantasy.  We need to fantasize assertions of self-stature and expressions of personal pluck, to defeat fears of diminishment, failures of procurement and protection, and the very real loss of power. For America’s white men centuries of dominance, privilege, and victory have given way to the subconscious recognition that all of those prerogatives, entitlements, and charters are fast disappearing. The Washington Post article makes it perfectly clear that by the numbers, these former alphas are now flaccid remnants of masculine power and largely irrelevant in the present and to the future.
The crush, the bitter pill, the ensuing ego-fiasco that this is precipitating as declination gives way to childhood JohnWayne-esque memories, those Horse Soldier Days when men were men, when it was “morning in America” remaking the fantasy of Reagan’s No Apologies, No Regrets Phony Palaver.  And that, that too is gone because it was always the chimera of hero’s narrative whose fabrication is now played out in fantasy scenarios and Cliven Bundy Scenes from a Real Bad Western. Trump’s ludicrous inanity is irrelevant, much like Wayne’s bombast dialogue in The Horse Soldiers: what is important is to feel like the hero again.

There’s a new Geico commercial playing during the current season of The Vikings on The History Channel that captures the ludicrous objectification of the Heroic Narrative Syndrome. Three men —one with a football jersey beneath his getup, another with a garbage can lid on his back to look like a Viking shield— are raiding the refrigerator. The commercial starts with them making Viking-esque roars, their faces all painted, one even emulating Floki’s eyeliner. The wife busts them, turning on the kitchen light, and exposing their jejune vagary.  More importantly there is the diminished narrative. White men again in diminished masculinity mode, being here Silly Boys, but nonetheless cut down to sizeagain. Even if you have never seen the blood and guts of The Vikings replete as it is with faux-Scandanavian English inflections and powerful women being powerful, look here for this commercial.  It is yet another nail in the coffin of the Heroic Narrative Syndrome:  ‪http://www.ispot.tv/…/geico-history-channel-vikings-raid.  You won’t be disappointed.

We all know that the Old John Wayne Bullshit would have never assented to such a comic makeover or allowed itself to be registered as a chucklehead, but since the ’80s the Bumbling Inept Father As Seen On TV has produced a steady stream of revisionary male identity. And now the White Man is in revolt. He has found his hero: The Trump.  Not as a person, but as a voice, a fantasy to act out, a President of the United States?  It has devolved to that.  And turning to The Trump is indeed a way of reacting to the needfor bluster, swagger, putting on yer inner rebel yell.  We are all rebels when we fear our power is beyond our authority and rather than cower, we humans act out, much like children in meltdown.  And if you think there’s no parallel on the other side, I suggest that the BernieBurnouts, especially among certain white millennials, are now proclaiming their willingness to fall on their Bernie Light Sabers because the Evil Empire Equivalent of Republicans is none other than Senator Clinton.  Alas, more infantilized reveries of Principle At Any Cost to make up their narrative needs in yet another version of Heroic Narrative Syndrome.
To fall into the Syndrome is to not only to believe your fantasies, delusions, and memes, it is to act them out, first in social media or some other interactive virtual reality and then, if you can, somewhere in the real world.  Trump rallies are perfect scenarios.  Republicans see this without much recognition of the beast they have created in their own political base: unable to control them from acting out the proverbial HNS, cultivated and nurtured since Saint Ronnie, but with plenty of JohnWayne precedents.   The principal actors in this emotional opera are White Men buying more guns and suing for concealed carry while even going to the Post Office, declaring that the 2nd Amendment trumps all others because carrying a gun is a real world way of feeling heroic.  Unconcealing nascent racism is another version of castle protection and marking territory (re: the wall, the Oregon bird refuge fiasco), and yet another form of pissing on fire hydrants when you are losing power.
The problem is hardly new—The Vikings makes the point just fine in that fantasy-is-reality way— but it is indeed tragic and dangerous. That John Wayne movie this afternoon was all too instructive.  There is little chance that this generation of Newly Disempowered White Men will adjust to a far different world than their youthful imaginations have already provided.  But it is just as true that we will all need a new narrative of Heroes and Heroines.  What will they do when Secretary Clinton is President Clinton?  I think of my grandmother and mom and my wife when I ask myself what that narrative needs to look like for me.  I’m pretty sure we humans can’t live without a heroic story about ourselves, however vain that may be.  We came into the world that way: needing a story that provides enough vanity to buffet the indignities of our true vulnerabilities.