Skip to content
March 15, 2018March 15, 2018Douglas BrooksLeave a comment
This is about Rick Saccone’s election night observation about we on “the left,” why he’s not wrong about me, and why we can’t compromise.  Are you up for it?

Let’s start with the idea that America is built on the constructive fiction of its Dream. I say “constructive” because the ideal expressed, well, it wouldn’t be half bad if even half of it were true. And just for reminder’s sake, let’s define that Dream according to conventional fictions. To wit, “In the definition of the American Dream by James Truslow Adams in 1931, ‘life should be better and richer and fuller for everyone, with opportunity for each according to ability or achievement; regardless of social class or circumstances of birth.” Freedom and equality, or perhaps equity, fairness guarantees the opportunity for prosperity, success, and upward mobility— all without regard to barriers of race, gender, ethnicity, etc. Would Dr. King or Paul Ryan or Barack Obama or Rick Saccone disagree? See what I mean? 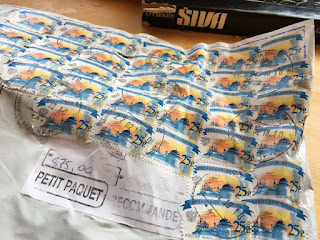 Fiction, like mythology, is a way of hinting at the truth beneath and betwixt facts and perceptions. We need stories that suggest what actually traverses on the bridge connecting the way things are with the way we say they are. We work with this disparity between what people say is true and what is true to sustain an appearance of sanity and even a modicum of decency.

However fashionable it has become to “say it like it is,” this locates reality in desires that write over inconvenient truths. We shape our conversations to meet the terms we think will sustain us, no matter their tone or content. But few have the patience to enter that dangerous intellectual demilitarized zone in which we take seriously what we are doing to get along or have our say. We more often retreat into safe zones of identification with preferences. We prefer to tell stories that soothe, console, or by pass because these too serve important purposes: we want to make it through today and tomorrow. “He’s in a better place…” “Do you like the picture of my smoothie?”

In this age of Trump in which _overt_ bigotries are emboldened by leadership and are in ascendency, we notice that they are still masked and encoded, more and less explicitly, in a ubiquitous media and political discourse. What is absent is a commentariat committed to unmasking and decoding, one that the majority of Americans finds entertaining enough that they will pay attention. We would need to presume efforts that challenge both intellectually and personally.  But of course the vast majority of humans prefer entertainment to education. Americans hate going to “school,” or at least we hate that it’s hard, tedious, or unpleasant. When we can’t be entertained but need something a bit more, well, we’re happy to reduce the serious and tendencious tasks of learning to religious explanations and spiritual “retreats,” preferably somewhere warm in the winter of our discontent. “That’s my belief…” “God will decide.” “Go within.”

(Don’t mistake me, I’m not being personal yet. As we are want to disclaim, “The story, all names, characters, and incidents portrayed in this production are fictitious. No identification with actual persons (living or deceased), places, buildings, and products is intended or should be inferred. No person or entity associated with this film received payment or anything of value, or entered into any agreement, in connection with the depiction of tobacco products. No animals were harmed in the making of this motion picture.”)

Movies are supposed to be better than we are. And nowadays they are: those animals aren’t _supposed_ to get hurt. We’re not nearly as concerned with people, you know, the kind that are in the real world, being hurt. We see plenty of that, so we find ways to cope. A favorite strategy is assign blame or responsibility, which might even be real. Everyone has an interest and not everyone has a kind thing to say about people not just like themselves.

I don’t take offense at this comment. It might be fair to say that I do indeed “hate” President Trump —and that I believe I have very good reasons to despise his politics (such as they are), his choices and values, his utterly despicable personal character. I would admit I am motivated to comment and to oppose Trump with every fiber of my being. That’s a part of any well-reasoned “hate.” I would also pity his mental illness and his family’s situation were it not at the price of the republic. Clear enough? I’m admitting to Saccone’s first observation. So let’s move on to “hatred” of country before we get to God.

There’s a great deal about America worth “hating” much the way we need to lament our history of “compromise.” Everyday some well-meaning person proposes compromise or meeting in the middle. Governor Kasich claims this as both personal conviction and politics. But when we look at his choices and policies, well, we see again what “compromise” means to him. We are not a nation built on our ideals but on the compromise of ideals meant to suit the interests of dominant political interests: white men, business and capitalism, people who have had all the power since the founding.

Not every outcome of this domination has failed if by that we mean a measure of prosperity in comparison to the rest of a very sorry world of exploitation and oppression. I don’t hate being white or male but a deliberated measure of “self-hate” (n.b., hate quotes) strikes me as another serious way to ask very difficult questions about one’s self. You may not like the word “hate” here, so if “criticism” feels more comforting, go for it. America’s history of opportunities have as much to do with privilege and exploitation as they do with any constructive fiction of our “Dream.” So let’s pause there for a moment and talk about more about why compromise needs to fail.

A brief history of compromise required, if you can stand the tedium.

White Supremacy is the principal feature of America’s “compromise” identity: slavery is legal in the Constitution, then the important “Compromises” that “preserved” the Union (Missouri, Nebraska, 1850, etc.), then the great Failure of 1877 that once again guaranteed white domination and stood fast until the brief shining moments of 1965. We need not deny some progress from the emergence of an America after wars that have “brought us together.” War seems to make America deal with being America, though its costs can never justify any of its outcomes. Not one.

But let’s remind ourselves _who_ we are before we celebrate our unions. How are post-Nixon Republicans not the explicit legacy of Dixiecrats and pre-Civil War Democrats? How many Americans can even follow that course of history with the slightest familiarity of the facts? Current day Democrats have, at best, a mixed record of “compromising” with these bigotries and interests of privilege. We are so woefully ignorant of the basics of our history and so intractably inured to the racist false narratives of the American Dream, nothing can really change until we decide upon an honest national conversation. Chances of that? Zero. Here’s why.

Rick Saccone says that we on the “left” hate America but I ask you, what is there to love about that history of abuse, exploitation, and dissimulation? If trying to be aware, critical, and involved in telling the truth about our history is “hate,” then count me in. Trying to understand our history, make amends, and move forward requires confronting the facts. Those who want to “Make America Great Again” have time and again rejected facts of history, created their alternative narrative, and decided that we hate them because we take seriously our collective factual history. Just as Trump, Kelly, et.al. admit no mistakes, offer no apologies, or seek to take these greivences of history seirously, there is little to “compromise” about. That’s because there really is no conversation, just our differing values, attitudes, and objectives.

We will have a “new” America once the white majority becomes the minority that inevitably demographics promise. White Americans should pray —this being their typical fantasy solution to real problems— that the new majority treats them better than they have treated everyone but themselves. America is a failure wrapped in war, capitalist exploitation, and now a dying planet. But the few— white and male— they’ve done pretty well in comparison to the rest.

That America is a better place to live than others depends on what we mean by “better” but we can say that rural white Americans are indeed suffering. And so are many, many others. And the rest of nearly all of us? (n.b., not the Mnuchins and their friends.)  Most of us are working with little hope of retirement, in fear of catastrophic health needs, unaffordable education, the lists go on. But if you haven’t seen my neighborhood, I recommend a tour of MAGA World. Much of America looks like Greene, Westmoreland, and Washington counties in Pennsylvania’s current 18th District. It’s not a pretty sight. Why and how we got there involves matters that must address our history’s successes and failures. Doesn’t every American deserve the narrative of the Dream? Is there the slightest chance that the current Trumpist Party that governs MAGA America will take that conversation seriously? Watch the Trump rally for Saccone. I dare you.

Do I hate God? Can we be more specific? I’m positive I hate any God that uses God to project hate on other people and causes people to hate others. So, for sure, I hate Rick Saccone’s God.  I would agree with the late Stephen Hawking that “God” is a sometimes useful metaphor and otherwise fiction that can work within a humanist framework.  This likely does nothing to endear me to any faction of MAGA crowd, or even the current Pope who strikes me rather unlike the MAGAmericans who can’t seem to find room in their Christian hearts for we, the well-wishing less aggressive atheists.

I rather like how religion provides the fictions that allow people to cope and explain their lives and whether they empower awareness or enable delusion, I hold in contempt only the kind of religion that gets too involved in other people’s business, particularly my own. But religion, and God for that matter, is always a political matter. A more honest effort to insist the First Amendment keeps the law wholly secular would help us all. That too is something that belies compromise when we take seriously the kinds of religion that inform our fellow MAGA citizens. So if Saccone thinks I “hate” his “God” he’s probably right.

I’m not prepared to compromise with Saccone or Trump or the Republican Party that has decided to cast its lots with MAGAism. That would be tantamount to 1850 and 1877 and all the rest all over again. I am prepared to do everything I can to make the MAGA-hood a better place to live and work, no matter what they think about how I hate them, their President, their country, and their God. In my country there is room for them. But they may not govern (or pretend to) if I can help it because the way things have been must not be where we are going together. If they continue to govern as the majority after November 2018, well, America will only continue suffer no matter our irreconcilable differences.