Skip to content
June 2, 2017June 2, 2017Douglas BrooksLeave a comment
David Brooks in today’s NYTimes (June 2nd, 2017) writes eloquently about how Trump poisons the world.  I cannot disagree.  But Brooks’s eloquence and pointed criticism of Trump, for all its merits, is also typically reductive.  It’s a feature of David’s thinking that the human world is rooted in some sort of metaphysical moral either/or, and Trump and company fail this test.  If we start with this premise then can admit the argument is valid.  But it’s far too simple to be true.  Sorry, I also wish it were otherwise.  The Trump Problem cuts deeper. 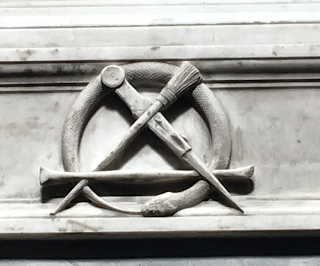 Like other ersatz-moral philosophers, David fancies human beings not enough like the rest of the natural world and so exceptional for our moral capacities.  He’s right to say that we are born for a moral nature because that’s how we, in our collective altruism, have gained our advantage in nature. We cooperate because we need to, because it’s built into us.  But this doesn’t mean that our selfishness is the true poison.

It is the failure to appreciate just how complex we truly are that makes The Trump Problem more serious and David Brooks’s analysis noble but less helpful. Maybe we need explanations this simplistic because the alternative is complexity, and we humans don’t _like_ that.  Americans in particular like bullet points, bottom lines, and plenty of “that’s the way it is.”  Binaries R’ Us, like good and evil, bound and free, because, well, figuring out life is way harder than that is hard and we’d like it not to be.

So let me land the plane because we really can get lost in ourselves— complexity is real and that’s often confusing.

What poisons our humanity is our inability to admit that our complexity is our task.  We are as selfish as we are altruistic, understanding the value of “selfishness” is important to self-invention, and every act of altruism, however brightly it burns, casts some shadow.  Even our altruism is regrettably far more complex when we would prefer it not to be.  We are always acting for ourselves and we are wholly capable of acting for others with the most wholesome intentions.

Wouldn’t it be grand if our nature were selfish _or_ altruistic, poisoned or moral?  It might be even better if we were somehow _really_ altruistic, downright good-by-nature, or even possessed blissful, perfect innermost selves.  These are religious claims that might suit you.  And if that’s what motivates your goodness to act, I’m only interested in the results because I don’t need to share these claims about intrinsic goodness to be moral.  I can be a good person knowing that I am selfish _and_ altruistic and that the complexity, the conflict, the _situtation_ of being human demands more from us.  This is the core of The Trump Problem: there is no demand for more from us because the world can be reduced to any simple binary.  David Brooks’s piece makes us feel good about  contrasting superior morality with selfishness but it’s Brooks’s own simple binary that also doesn’t quite grasp The Trump Problem.  So let’s turn to that. (https://www.nytimes.com/2017/06/02/opinion/donald-trump-poisons-the-world.html?action=click&pgtype=Homepage&clickSource=story-heading&module=opinion-c-col-left-region&region=opinion-c-col-left-region&WT.nav=opinion-c-col-left-region)

He writes, “George Marshall was no idealistic patsy. He understood that America extends its power when it offers a cooperative hand and volunteers for common service toward a great ideal. Realists reverse that formula. They assume strife and so arouse a volley of strife against themselves.”

Let’s leave aside of his unfortunate use of the word “Realist.”  In fact, let us assume strife because this is the heart of the error in David Brooks’s argument.  Instead may we indeed assume strife and selfishness are as natural, as real, and as wholly part of us as our commendable cooperation and deep moral motivations?  The human world is not a binary, David, it’s made of the strange third commingling that invites us to understand the terms of our existence and the choices before us.  Every moral choice places a restriction upon us that we affirm to have value.  Every selfish act causes us to question our relationships, and should.  We are all selfish, we are all driven by our need for deep moral collectivities.  We are complex beings, and this is what Lincoln, Roosevelt, and Obama have understood.

Trump has demonstrated the worst of humanity because the unexamined self may well become selfishness unleashed.  We may learn —or be indoctrinated with goodness as our “truest” nature and unleash our altruism upon the world.  It’s hard to argue that would be worse.  But here’s the point: we need a leader who understands that humans are capable of greatness, capable of moral collectivity, and _need_ this as much as they need to contemplate the value of their selfishness.  To see the world without such nuance leads either to righteous domination, which appears in claims to American Exceptionalism (the sort that David Brooks makes), or to Trump’s Poisoned Selfishness.  But the poison is not only our selfishness, rather it is our inability to see that claims to moral superiority are another selfishness unexamined.

Trump is incapable of that more complex self-examination, not merely inept.  The best Presidents and leaders know that our selfishness is not always a vice and that our altruism is more than just virtue.  They know too that we must err on the side of selflessness in a world that tests our abilities to fathom its asymmetries.  Trump and his followers have abandoned the conversation about our humanity for something akin to Rand’s claims for domination as superior morality.  This sounds all too complex, and I’m sorry for that.  But it might just be that the Ugly American is real because we refuse a more serious conversation about our human nature.  We are creatures of for better and for worse.  We must choose our disequilibrium to be better.

Trump is a symptom of our American failure because McMaster and Cohn and 62 million others see the world from the same tragically simplistic point of view.  David Brooks is right here: in their view, selfishness wins.  That may not be a false worldview but it will likely destroy the world.   And we must decide that will not be our conversation or understanding.  But are we prepared to have a more serious conversation about our light and shadow?  Rage On and Keep Calm.  That’s a good place to start.