Skip to content
May 17, 2017May 17, 2017Douglas Brooks1 Comment
So what happened? How did the Republican Party lose every last bearing on its moral compass? Why did they become so determined to rule rather than govern? Why have they simply given up on telling the truth or standing for more than power? 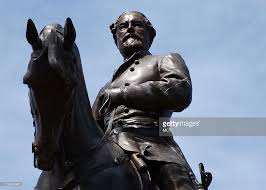 What is before us now is America’s true shadow. Some half of the population I believe actually wants to address this shadow. It wants to have a conversation about race but doesn’t know how, knows that it will be deeply scary and dangerous, doesn’t know how to begin or really where to start at all, and is afraid of the repercussions. The reflection it will demand will be painful. The rejection that will accompany it may ruin the republic. President Obama knew this so well that he knew America wasn’t ready for that serious conversation.

Our other half— let’s call them the Fox News half— wants none of it. Not now, likely not ever. For them there is no shadow, there is only darkness to reject and shiny objects they can use for light. For them there is no work to be done: not on our society and culture, not on themselves as individuals, there is nothing to do but validation and self-confirmation of the simplest worlds of black and white. This is the real “clinging to guns and religion” because those are the symbols of fear and instruments of denial that allow the dismissal of this conversation. And it is this reality of the America’s failure to contend with its true shadow that I think paralyzes our country and bodes so sadly for our future. When will we wake up? There is a future worth our having if we can begin to understand what lies beneath. Work to do.

There’s a deep-seeded illness that infects America that is part of our history, the failure of the noble experiment, the sin of sins. Until Obama, the real balance of power, our system of so-called checks and balances were handled fundamentally by white men. They stood for different policies and surely there is no mistaking Nixon for JFK or Reagan’s southern strategy for Bill Clinton’s move to the corporate center. But the differences here are real and yet there is one more exceptional fact. They were all white men moving around the pieces.

When Democrats were at last wiling to see the world in bigger terms and allow others to play, the stakes changed entirely. Republicans knew it could be played as a zero sum and their worldview demanded it. White men must rule entirely and there is no room for others. Enter the well-germinated seeds of Trumpism.

So when women and minorities, gay people and others who’d been systematically disenfranchised dared to claim a seat at the table, Democrats could embrace that purpose. Sure, they too are corporate hacks beholden to money and craven with ambition but the difference here is real.

Democrats realized that their purpose was to began to look for a _bigger_ table to share. With Obama the threat to Republican white-male-only-governance rose to the highest level, and that finally made it game over. White men and their dutiful women would not share because they could not stand the loss of their complete hegemony. This is as old a story as America’s founding. LBJ knew it in 1965 and Reagan got elected on it in 1980.

Power is everything and in America race has always been power. Obama in the White House was never okay with Republicans. Not. One. Bit. Nothing President Obama could do would undo what President Obama is. And that is black. To see him as “unAmerican” was just a furtherance of the same fact of identity, not a difference.

Republicans see their power going away the same way they see race, immigrants, women, and any one who is other. We humans are tribal and Republicans seize upon that narrowness of identity with deep, unconscious fear and shameless, overt passion. They will resolutely deny their policies have anything to do with being racist, sexist, or homophobic but it is this fear of identity loss, this choice to hoard power and the largely unspoken issues of white superiority and heterocentric domination that dictate their decisions. Those once enslaved, oppressed, or genocidally removed must never take what rightfully belongs to the legacy of European settlers. So the conversation about line cutters, entitlements, immigrants, and the rest is just their next stock in trade, but it is nothing really new.

In this worldview now there is NOTHING BUT power, and any edge of majority power is regarded to be absolute. The current majorities in Congress require nothing more than efforts to collect that power. (The good news is that their own competing interests may foil them.) But there’s nothing like hating a liberal to make it easy for whitey to pull the Republican lever. There can be no sharing, and no acknowledgement of others’ stakes in the game.

Gorsuch was their latest victory. They simply choose to ignore anything but a scorched earth of white male power. Ignoring whatever any Democrat says about Trump or their policies now will be their next obvious choice. They will not move to impeach Trump unless their power is in jeopardy. Then and only then will they move on to the next lackey that supports their deeper fears. Their goal is to not allow the _order_ of white male domination to be changed, the patriarchy that has ruled since the founding must rule, and they will run against Democrats in 2018 as the party of “give aways.” This will work wherever the fear of otherness does its insidious business.

Democrats don’t really understand power because they have always believed that politics serves a purpose: it is there to promote the welfare of the people, for something like the common good. Perhaps that is too idealistic since Democrats in power seem hellbent on the money too. But since Reagan and before, Republicans have understood politics to be the fundamental impediment to claims of entitlement and superiority. The southern strategy is now Confederate flags in rural white western New York, Michigan, Ohio, and Pennsylvania.

The choice is to NEVER give up power, never to share power, never to change their minds, and never ever to allow anyone change anything that shifts the balance of power. Their God wills this order and justifies its claims. But alas, they see their power slipping away and mean to seize upon like a death grip. Democrats dream of progress and betterment. (We can say they dream of money too, but let’s pretend more.) But for Republicans it is brazen and intractableL they dream of domination and a simpler world, one in which they can rule without opposition. It isn’t for them merely a matter of who rules, it is a matter of who they must rule over.