Skip to content
April 14, 2018April 14, 2018Douglas BrooksLeave a comment
Every once in a while the NYTimes allows a columnist to use an unfamiliar word. Allow me. Today’s word is “priapic.” It was used today by the loathsome, not to be rehabilitated or forgiven Bret Stephens who supported the Iraq war, the Bush tax cuts, and every Ryan-esque effort to hurt ordinary people. He deserves no uplifting or resurrection for his past sins. Not yet. But he can write and so, like Buckley and Will, is the sort of conservative you are forced to read. He is now a NeverTrumper, which is only one degree of worth warmer than an absolute zero. He writes: “…conservatism opportunistically played the sycophant to the congenitally mendacious and previously priapic nativist bigot who, through a bad fluke, captured the White House.” 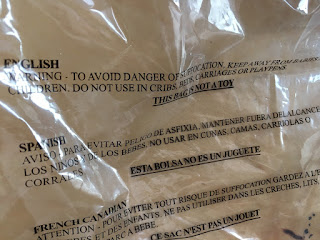 The adjective “priapic” refers to Priapus or Priapos, in Greek, who manages to be the son of both Aphrodite and Dionysus. (He has other parentages but this one will, ummm, satisfy.) We would call him in Sanskrit “Lingotbhava” but for the…downside. “Linga” for phallus, “utbhava” for…”arising” or “emergent.” So Priapos was renown for having what we might call an “ever-hard-on.”

Much like conservatives, he’s got one for immigrants, otherness, oil kleptocrats and environmental regulations, you get the idea: anything worth hating, serving to fuck anyone they feel deserves it, particularly the innocent, the environment, and decency itself. Our conservative Trumpist, like Trump, stars today in virility commercials but _only_ in the disclaimer or danger-phrase, “In the event of an erection that lasts more than four hours…” and other comparable forms of priapism. None of this is ever a good thing, but it does warrant further explaining. And so ends any comparison to Shiva or any reference to…well, anything but frustration, pain, toxicity, and failure, all of which describe the relationship between conservatives and Trump, and Trump himself.

So what do conservatives, Trump ,and Trumpism share with Priapos? Priapos was cursed by Hera while in the womb when Aphrodite’s favorite Paris dared to pronounce Aphrodite more beautiful than herself. The curse, of course, was that the well-endowed and ever-erect Priopos would fail to maintain himself at just the proper moment, and so be always impotent, embarrassed, and a failure. He would be characterized by bluster, neediness, and self-inflation but never quite rise to the real occasion.

Now you could say that it’s not poor Priapos’ fault since, after all, his curse— which also includes being ugly and particularly repulsive— is a result of one of those strange matters of vindictiveness that follow around the Greek divines. (Sanskrit lore has strange sexuality matters but nothing that involves the gods cursing one another or taking it out on humans.) But we have to leave that unfortunate circumstance within mythic realms to make our point. Are conservatives just aberrant failures congenitally? We know that Trump is a congenital liar and that Republicanism is Trumpism: you can’t get more “with the gentials” than that congenital aberrance.

Let me tinder, umm, tender another take on the matter at hand.

Conservatism is priapic because it was _always_ going to fail, it’s curse is that it is based on enfeebled vanity, every kind of false and toxic masculine misconception known to man. It is all excuses, no explanations, no apologies, and no care for anything but its own self-pleasing fantasies. It is more than just factually incoherent (think: ummm, trickle-down economics), it wallows in the incapacity to know facts from fantasy, it is a pornography in which the porn star is the more honest business. No hush money required here, we know conservatism, like Trump, is cursed from the outset because the fix is not in the fixer. The fixer is going to jail and the country will be left unsatisfied.

Next, conservatives are priapic because, like Trump and Trumpism, they love to the wave the flag, dodge the draft, and employ their fake militarist patriotism (Let’s have a parade!) all without ever serving up the truth. All of this tedious self-inflation displays their toxic, impotent, insecure, and false virility— all in their effort to assert their superiority. Think: flag lapel pins, the insipid, self-righteous looks of seriousness on Mike Pence’s face, and the Calvin pissing bumper stickers on the backs of jacked up pickup trucks. Think of the trucks themselves. Some need to be Chevys, “like a rock.” Others are just gas guzzling Ford F-150s or, even worse, Ram Tough Mopar. (Apologies to rams.) Something about all of these things says to you, in the quiet of your own thoughts, “small dick, small mind, wearisome, enfeebled, idiotic masculinity.” Now you can just say “failing priapism.”

They then further use these priapic forms to erect and attempt to keep up their nativist biogtries. Think: tiki lamps, Confederate flags on those same pick up trucks, and Klan costumes, all of which are meant to scare and intimidate, when in truth they symbolize failure, the banality of hatred, and their own limp, sapless insecurities.

Enter Trump, Priapos himself, along with the toadyism of the current Republican Party Klan, all of whom are in full demonstration of their impotent, “priapic” character. It’s plain as day, now isn’t it?

So when the time comes —think about that one— Trump and conservatives like the…umm, “retiring” Paul Ryan are cowards, desiccated phony moralists, unproductive, incompetent, etiolated failures. They wan and pale when the moment of truth arrives and will leave the country stiffed, holding their deficits, and all of us by the balls when we are charged to fix the mess they leave behind.