Skip to content
September 20, 2018September 20, 2018Douglas Brooks1 Comment
It’s Power, Just Power
Kautilya and Machiavelli Commingled
There’s a classic of Sanskrit law attributed to Kautilya called the Arthashastra. It makes Machiavelli look like a kitten playing with string. But put the two together and we have some chance of understanding what is going on with the Kavanaugh hearings. It’s about power.  There’s nothing else in the picture.  No image available. 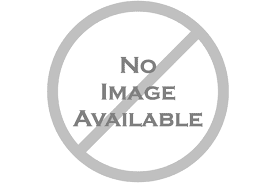 For the next five days we will hear the continuing voices of reason regarding due process, fairness, and decency that should be the real issues involving Kavanaugh and the wholly credible voice of Professor Ford. Editorials, TV pundits, and the _majority_ of the country will demand a fair reckoning, a call to the rule of law, and urge a bipartisan effort to uncover the truth. This fails to understand the Republican pathology, its determination, and strategy. Democracy is a ploy, an inconvenient obstacle that has no bearing on the end game.

Kavanaugh is precisely the justice that Trump promised his electorate: he is the frat boy right-winger they have voted for time and again. Grassley, Hatch, and the rest of the white men who were there for Clarence Thomas are not about to let this crowning “achievement” slip away. Kavanaugh will be on the bench come hell and high water. He will vote to overturn Roe, make sure Citizens United remains the law, and do the bidding of their extremist agenda like the partisan hack and ideologue he is. Republicans will do _anything_ to complete this task.

Their base demands it and their money men require it. Every hope of remaining in power requires they do whatever is necessary to give both their religious fanatics and oligarchs their man. That Kavanaugh is a proven liar is of exactly zero consequence. That Trump is a dangerous narcissist unfit for office has no bearing on them. To think any of this talk about due process or serious investigation means anything to the Republican leadership is pure delusion. Collins and Murkowski and the lot of them will fall in line. Their careers depend on it. Money, power, it’s plain as day. They will say and do anything to make sure this happens.

We can rightly criticize Democrats for living in some alternative universe of laws and ideals but that, in fact, doesn’t matter. They don’t have the power to stop this and Republicans know it. It’s only about power. And everyone knows that.

Nothing can slow the Republican Party’s advancing authoritarianism but removal by election. They must have the court on their side and this guarantees it for the next thirty years. But even if an election slows them down, their Republican pathology of patriarchy, oligarchy, and religious fanaticism remains. Eric Cantor, Ryan, and McConnell proved that when President Obama was elected and they committed to his failure at _any_ cost. Trump is merely an inconvenient and embarrassing tool who they can ignore so long as he gives them their agenda. He will. Trump knows what it takes to feed the mob.

The entire Republican establishment will continue to tolerate him because he’s the red meat that feeds their circus of low information voters and presses their single issue buttons: guns, god, bigotry, sexism, and the rest of their needs when faced with failure in a changing world. The wealthy just want the money and Republicans make sure they get it.

When Trump delivers Kavanaugh he is half way or more to reelection. “Conservatism” in America is a disease rooted in our long history of authoritarianism, bigotry, racism, sexism, oligarchy, and religion that will remain, win or lose come this November. It may be a dying ideology in blue States and for the _majority_ of Americans but white power, patriarchy, and money will do _anything_ to remain in complete domination. Democracy is only a minor inconvenience when there is this much at stake.

Our hope lies in electoral decimation, sending them to the margins. That’s still quite a long ways off. They know it and so should we. The long game is nothing but the short game. That’s how they will play it and that’s how they can continue to hold power, win or lose at the polls.