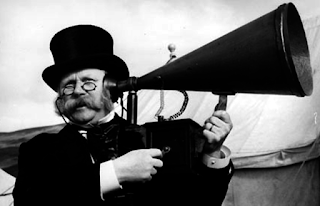 I can’t condemn everything someone says just because I disagree with them nearly 100% of the time. It was George Will who reminded me once that to be an American means only to dedicate to the proposition—that it is not race, ethnicity, language, or any other criteria that frames the ideal. And it was David Brooks who once said that Americans don’t vote who they are but who they wish they were.

Today Brooks writes, ““Politically correct” has become the phrase people use to define those who use cultural power to enforce ideological conformity.” Bingo. I think it’s used this way both by those who resent the cultural elites—Biden voters? Trumpists for sure. And it is used by the cultural elite leftists who chastise anyone who is less than Bernie or Warren approving. Descriptive definitions work best when they apply as well to contrasts as they do narrowing to specifics.

Fact. No matter who is elected in 2020 we are going to be left in purgatory with a nearly 42-42% situation and some or another form of divided government since it takes 60 (count’em, SIXTY) votes to move legislation through the Senate. That means even with a Democratic landslide and all those seats lost in, say, NC, AZ, that there are still not enough votes to get an agenda passed.
We are looking, for the most part, at a stagnant policy pond (another reason why Obama was actually so accomplished despite far WORSE than a stagnant opposition). There is not going to be any Bernie revolution if he wins. There’s not even going to be a left-center or bring along a few Republicans coalition under any claimed “realistic” idea of change, whether that comes from Biden or Klobuchar or Bloomberg. If the Democrats landslide then the only Republicans left will be the worst of the lot. Can they be any worse? Not really, even the “moderates” are McConnell flunkies.
Basically we are headed into legislative deadlock as far as the eye can see. and that is FAR FAR better than Trump, no comparison, snap out of it, get real, don’t fool yerself. So just to STOP TRUMP the Democrats need how to figure out how to win the presidency and maybe, just maybe reverse some of this irreversible damage.