Skip to content
July 29, 2016July 29, 2016Douglas BrooksLeave a comment
Last night we were treated to history because after 240 years of occasionally great, barely tolerable, and too often mediocre men, a major party nominated a serious, steadfastly committed, and exceptionally accomplished woman.  It should seem unfathomable that gender has been such a barrier in an America that professes equality but it is hardly mysterious. 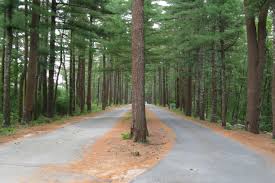 The origin documents made clear that all men [sic] are created equal and few need reminding that a woman’s right to vote came after slavery was abolished.  Even if we choose to ignore, revise, or abide by the mere conventions of grammatical gender, the issues are too important to dismiss as past errors rectified, as justice somehow finally done.  There is something to see and to be seen here that demands our attention.  The onslaught of events will surely demand yet another refocusing, but we need to pause for a moment of reckoning.
Certainly a ceiling has broken, the old structure shudders, the system is at last somehow reorganized but the reckoning has not yet reached its crisis.  I mean more than election day.  I mean instead the test of our American character.  Are we “the good” who profess to greatness?  Secretary Clinton said last night, “America is great because it is good.”  And what does that mean?
It has taken 330 million little avalanches and however many unnoticeable tremors before the American sand pile has moved enough to create something new out of something possible.  Change doesn’t guarantee betterment even if we admit that atrophy insures decline.  The world moves and the pace is not wholly ours to determine.  We’re each a part of something far greater than our individual powers to determine.  Whether we can claim goodness is our most genuine challenge.
“I alone can fix it” provides us with delusion of the first order not merely for its dangerous demagoguery but because all things, even the single cell organism, exists within systems in which no one element is sufficient to define the whole nor will comprise the true meaning of an identity.  Even if we think we’re one thing, that one exists in relationship.  (Much to the chagrin of monists, oneness is meaningless without its comparison to manyness.) Metaphorically speaking, it’s that whole blind person touching the elephant thing.  We not only need more information than any one feature can provide, we need a plurality of factors and relationships to fathom our experience.  Donne was right, of course, “No man is an island, Entire of itself, Every man is a piece of the continent, A part of the main.”  Pronouns notwithstanding.  Again.  We dare not choose to ignore the language for its influences, no matter how we address the sentiment.  Words too are moments of reckoning because we humans need them if we mean to become great and to be good.
And therein lies the point I mean to make today, we are always contending with systems of meaning, whatever more comes forth in complexities of language.  I will leave it to others more qualified to take up the many specific issues that should challenge our thinking and further awaken the feelings of this historic moment.  Let’s think for a moment what it means to be built-into systems, that we are part of structures, forms made of history, uncountable numbers of events remembered and forgotten, facts that cannot stand alone because facts are not isolates but relationships.  “It takes a village” is yet another way to say as much.

There are no islands without seas and continents; there is no meaning unless we look for things inside other things and the parts of parts of greater things.  However obvious this fact may be, our key to understanding is not to mistake the powers of adaptation and survival as necessarily improvement.  To improve, we must deal directly with features of the system that will not change until we recognize our advantage demands rearranging, rethinking, and reworking the system itself.  If we want to be good, we will need to find more meanings for “greatness.”  We can’t pretend we are immune to the systems that have created us and in which we exist but we can also create greater value if we acknowledge the relationship of the parts.

Last night the Democrats nominee for President Hillary Clinton said this: “I refuse to believe we can’t find common ground here. We have to heal the divides in our country. Not just on guns.  But on race.  Immigration.  And more.  That starts with listening to each other. Hearing each other.  Trying, as best we can, to walk in each other’s shoes.  So let’s put ourselves in the shoes of young black and Latino men and women who face the effects of systemic racism, and are made to feel like their lives are disposable.”
I was astonished because Secretary Clinton actually said “systemic racism” and as wonky as she claims to be, the more prose than poetry candidate, she used the term as if we might understand it by context.  She was smart enough not to digress to explain the “systemic” part.  So allow me some of that digression, for which I am justifiably well known, sometimes accused and mocked, and nearly always unrepentant.
In more specific terms, the Wiki definition makes it clear enough that we are talking about values, feelings, and behaviors that exist within institutions and structures and distinct from that of individuals or informal social groups (here: https://en.wikipedia.org/wiki/Institutional_racism).  Such a definition will do for heuristic purposes.  I think we might want to think more about what it means that racism exists as part of our American system, just as sexism and misogyny do within structures that can be revised and rebuilt only on the armatures of history.
We Americans like to think of ourselves as individuals and that responsibility, for better and worse, redounds to singles, or sometimes smaller teams but not to all of us.  Trumpism is tribalism and that tribe wants the right to define and dominate all the rest of us.  Anything other than that would be deemed socialism or worse, which will take far more than Bernie’s-redef to become decisively positive in meaning for Americans. “Socialism,” like Trump’s explicit appeal to tribalism, is too is part of a system of meanings, of usages and memes that are perpetuated within a culture of implicit, often unexamined ideas and feelings.  Do remember “common sense” isn’t the common we all sense but rather the sense we each believe is common.  It’s hard to see into our selves, much less into systems that shape our beliefs.
Systems are like the armatures of the painting canvas.  The painting is not only itself in process but is also changed by all the previous paintings painted on that canvas, painted over again and again. And so is the canvas itself being challenged: is the structure sound enough to continue the process? And how do we “move on”?  How can we effect change that improves, that answers to the claim we are good, rather than merely adapt to survive?

First thing to notice, these aims are complementary.  We’ll not survive without change.  The question rather is, will we be good?  We can choose to improve because destroying the system is only one among our options.  Sometimes we’ll need to peal off so much paint that we’ll get all the way to the canvas again.  Is that the revolution being discussed?  But this is not the only important process.

We need to find boundaries and forms that make up the armature, that give us access to the structure’s format.  To discover what the system what can offer we must look for the reality it has established as the beginning of possibilities.  We cannot create what is beyond the possible.
An America that began in structures claiming freedom, life, liberty, and opportunity is also an America built on slavery, sexism, and myriad other forms of exploitation.  To improve upon that system is not to deny the reality of any of its parts but first to acknowledge their roles and relationships.  We don’t progress without that deeper awareness of what lies within and then beneath the surfaces.  America must decide not only upon the future of its system but the depth of its character.  To revise the meaning of freedom and to create opportunity we will have to do more than merely admit that the deeply problematic is part of our history.  We will have to bring that shadow into the light and create something greater from all of our histories and all of our parts.
This is, as Secretary Clinton said, a moment of reckoning.  The system that stakes its claims on opportunity and possibility is being tested not only for its content and expression —complex and volatile as that is.  The system is being tested for its character, its mettle: for the greatness it seeks must become as well the pursuit of the goodness it professes to claim as the deepest foundation of our character.  To be good we will have to create goodness by reaching further into the greater charter of our origins.  We’ve already said that all men are created equal.  Now we know something more.  We also know that in this moment of reckoning there is far more to greatness than assuming the good will somehow magically appear without all of us recognized, seen within that America.