Skip to content
April 10, 2020November 21, 2020Douglas BrooksLeave a comment
This weekend I can guarantee you that thousands of Americans will go to church on Sunday. That they will defy government mandates and pay the consequences. It’s unlikely that they will pay any legal consequences because they are “free” to be religious and government will not prosecute them, I promise you. What will happen is that they will get sick, make others sick, and make matters worse. 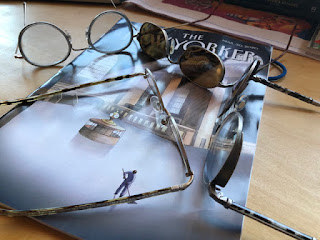 Religious “thinking” doesn’t have to make things worse if by that “thinking” we mean our human capacities to use symbol and metaphor to instigate a deeper investigation of culture and conscience. Religion having once been the only game in town in most towns creates art and ritual, invests in social and personal identity formation, and otherwise allows us to create investments in coping, in joy, in grief, and meaning. This happens often at the expense of fact but it need not if by religious “thinking” we keep a steady hand on reminding ourselves that we are humans merely inventing ourselves.

Science succeeds here where religions fails because it begins with the claim that we can create shared methodologies that allow us to experiment, learn, admit and correct mistakes, and so establish provisional truth. If “establishing” “provisional truth” makes for some paradox, even contradiction, that’s part of the deal. Truth is always incomplete, provisional, and limited because it is always conjured by humans for human purposes. Science is less capable of meaning because the facts as we understand them don’t have any meaning but the next empirical outcome.

To revert to mystery to explain anything is merely to admit that there are matters too complex for our methodologies, that our limitations are real, that our understandings are incomplete. To attribute purpose or agency to such mystery is to revert, once again, to some of the most invidious bypass that religions use to “explain” the world. Humans may be desperate for explanations and need meaning but how we provide it makes all the difference. When we resort to the supernatural we dehumanize the value of meaning. Religions can be humanizing when meaning becomes a resource for living in more humane ways.

Sometimes the meaning lies in the fact that we don’t know, even that we can’t know. Sometimes the best meaning is that there is no reason, no purpose, no goal, no why—things can happen in a world that self-organizes information because we are forms made of the same complex information. The evolution from simple to complex can be denied but it won’t care because there isn’t any reason to think it ever has. Darwin made that observation despite the consequences religion would have on his life and his theory. His is, by the way, the only human theory that explains seriously how we became human. It does not explain how to live humanely. For that we need art and symbol, love and grief interpreted. We don’t know why we are here but we can appreciate that being alive invites us to understand how we might want to live.

In this time of world-changing disease I have little hope that our paradigms or investments in human collectivity will change somehow for the better. The temptations of the usual kinds of religious thinking run too deeply. Humans want things to be easy, meaningful, and explainable without all that much effort. We want someone or something, like God, to know. But these religious beliefs and practices will once again largely make matters worse.

Until we decide that religion’s proper purview is to decide for an honest appreciation of our wholly human nature the path of folly leads it forward. If religious “thinking” invites us to more compassion and candor about what we can and cannot do and know, if it leads us more honestly into the power of metaphor to feel and think more humanely, we will gather its better angels to our tasks.

These comments were prompted by reading a thoughtful piece from Michael Gerson, a Never Trumper, who regards himself to be both “conservative” and an “evangelical Christian.” That piece in the Washington Post is cited in the first comment below. Gerson is not wrong: conservatives are at the heart of the problem of addressing this pandemic because they deny expertise and facts. But he misses the heart of the matter. “Conservatives” don’t want a humanism where facts actually matter more than their ideologies because underneath their packages of respectability are religious delusions.

“Faith” just won’t allow our souls to be simply human—that is human with all of the meaninglessness that invites us to remember that meaning is only another kind of important human invention. Meaning isn’t there to be had, it doesn’t exist but for the ways we conjure it to tell us the stories that suggest we can flourish, we can live lives from within our boundaries and limitations. Human achievements are remarkable, worthy of our admirations. Human folly is likely unavoidable. But when it is perhaps it is the wiser achievement to do what we can to do better.
***

Here is the link to the Gerson piece that prompted these comments and below that my glib reply in the comments section of the Washington Post:

Isn’t God supposed to save you? Doesn’t your God have some mysterious Plan that we should trust gives meaning and reason for this human suffering? You see, the core of this problem isn’t just that conservatives can’t wrap their heads around science. Much less the scientists who understand that empirical learning might be provisional but is, in fact, based on fact. It’s that conservatives have deeper delusions that lead them to astonishing feats of folly, misinterpretation, and poor judgment. Let me help you out here with your own words, Gerson: “Sometimes the interpretation of a crisis is so dramatically mistaken, so ludicrous and imprudent, that it can worsen the crisis itself.” Crisis: a putative Savior is crucified for sedition in conspiracy with his detractors. He might be innocent but wasn’t the first guy to get on the wrong side of his local politics and get killed for it. Dramatically mistaken interpretation: you think it’s God’s mysterious plan to redeem humanity. He rose from the dead. Ludicrous. You think you should tell people this nonsense. Not only imprudent but worsening the crisis itself: the dupes you tell this nonsense to create a ridiculous religion that ends up informing 40% of America, elects a failed con man—-no less a con man then any of your apostles—-and science doesn’t get off the ground for centuries. I appreciate your assessment, Mr Gerson. But like all Republicans and “evangelicals” it’s impossible to deny that you are part of the problem and that your soulmates are the cause of more unnecessary death.