Skip to content
December 25, 2017December 25, 2017Douglas BrooksLeave a comment
I was born to believe and I’ve spent my life trying that on. It’s not for lack of trying but I’m a believer in nothing supernatural. And I’d rather not quibble over what “supernatural” means either. I won’t substitute either a belief in humans or some claim to the goodness of humanity. What’s important about belief is that we need it, like the air we breathe, just to do the next thing, however ordinary or sublime. Belief is the task of reckoning with what comes next. Belief is how we address the possible, for better and worse. 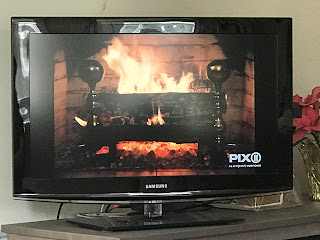 Now, if there is anything left of “belief” by the time I am done with this, it will be that belief needs strange company to do its job, to perform the tasks of making do. That companion is religion, which when I am done with that, will be nothing more than reckoning with the impossible.

As a religion professor I think about what “religion” means all the time. I cringe just to say that about myself, or even confess to my chosen profession. I’m often embarrassed to say that I am a University Professor of Religion. Truth is, religion and the professing part chose me and I’m usually none too happy about either of those things. When we are really lucky in life we not only do the thing we need to do, we find a way to make a living doing it.

I used to defend religion as a subject, the one that can be our catch-all for all that is culture— the place to study art and music, history and language, the refuge for a humanist who wants all that philosophy, politics, and human reflection can create. Add into the mix the irrational, the indirect, the mythic, poetic, and the pageantry of ritual, consider how the truths of feeling write over reason at every turn, and there you have it, a subject to embrace for its humanist possibilities. I still make that argument when I need either to defend my place in a humanities curriculum or console myself for a lifetime of choices. But nearly all of that is apologetics, self-consolation, mere rationalization. Religions deserve no excuse, certainly warrant no privilege or exemption, and still we must study them.

No sane person can dismiss religion’s role in oppression and horror and, more occasionally, in altruism and beauty. And given the fact that nearly everything about religious belief that is not art and imagination invites charlatanism, absents seriousness, and calls upon stupidity, we are all left wondering how to collect ourselves, where to put the stories that endure past the individual memories that possess them. We can say we are socialized with religions but that is something we can study too. We need nothing from religions to be moral, however much we need to learn how to be moral to be human. We long for irrefragable values or principles to guide us, but however we take a stand for more enduring truths, our most noble confessions serve us better as ideals and beacons. It is the power of questions over answers that will occasionally save religion from itself.

Let me pose the matter in more candid, even less romantic terms. If we can make religion a question, I would make it this: how can humans create more than cruelties of self-interest? Religion may offer ideas, even examples, but humans prefer to reject the tawdry facts of power and the criticism that must follow from honest questions. We instead prefer to look for immaculate answers and tell ourselves there is a plan, a mystery, an anything to console the pain or justify the unjustifiable. We must find room to celebrate and illumine hope because without those things, well, we know what will happen without those things. Life needs to celebrate life, not merely endure its tragedies.

It’s taken me nearly a whole life— and my entire professional life— to realize ‘religion’ is not my favored subject, at least not “religion” by any conventional definition and all of the historical unraveling of the strange human phenomena it features. My subject preferred subject is our humanity, with a special turn towards thinking about the impossible. For just one moment, maybe even just here, I want “religion” to mean the entirely human pursuit of holding the world together. We do this with words and art, with ideas, values, with the collective power of institutions, the unconscious, and the longing for life and liberty. We want a world that holds together, and if that is the meaning of “religion” then we’re on firm ground. That definition would take us back to the etymology of the word “religion” itself but we need not digress there.

This holding the world together is something we do all the time; something we need to do no matter how we acknowledge it or pursuit it unwittingly. That historical religions have been dishonest in offering serious answers about ‘holding together the world’ is a feature of power, not an absence of human imagination. There is phrase in the Gita that makes this idea I am calling “religion” plain; it’s actually a simple compound in Sanskrit, lokasamgraha. Literally it means “grasp together the world.”

“Holding the world together” is what Krishna says when he is asked why he acts at all. Yeats knew too the fact we all know: the center cannot hold. The Buddhists made it the very feat of liberation to release into that void, claiming there was never a need to hold on to anything at all. But no matter who we ask, we all know that we cannot hold the center, and neither can anything else. So I add here: not God or Buddha, certainly no self-proclaimed or, far worse, declared to be saint. Our more human task is the impossible, and that is something I can embrace, something I can believe in.

I can love the impossible not because it is someone or anything that can solve our problem or answer my question. Not because Krishna will save the day any better than anyone else. I can love the futility and abhor the hypocrisy of “love thy neighbor,” “may all men [sic] be created equal,” that we are “dedicated to a proposition,” you name it: a thing of beauty is a joy forever. The list goes on, doesn’t it?

I can love the impossible because I can also reject the implausible —may that I walk on water, find the god to save me, be freed from suffering and all beings be happy. If that can’t happen then I can go about the more dangerous business of admitting to the terms of a shared humanity. We aspire to what cannot be and are better for it, or we can be better for it if that is what we aspire to be.

We can seek a humanity that knows love is always imperfect, knowledge always provisional, life’s conditions permit only human achievements and certain failures. I can’t achieve anything impossible, but I can believe in impossible things like freedom, life, the majesty of imagination, and the consolations of human touch. Our human arc towards the impossible sometimes touches greatness but that greatness fails to be perfect, or just fails, does not dishearten me. To love the impossible tells us we can be more than our cruel self-interest, however flawed we might be for the trying, however the center does not hold. We are not going to be free when we know that and nothing special is going to happen; we gain no privilege when we create impossible beliefs, but we might gain a few reasons to love life. We are going to have to try, no matter what, until we can no longer. When we give up on the impossible that serves self-delusion and cruelty, the impossible that is left is worth our hope and every effort.

Religion has created all the worst impossibilities and yet features the impossible as its most important claim. To study the impossible is to ask what is worth living for and how we might hold this world together when we know that will not last. To study those impossibilities is to examine human folly in the midst of great creativity, aspiration, from inside a heart aspiring to decency and goodness. People have always used religion to hold their center, which is another way of saying that whatever we use to hold our center is our religion. However that may be too loaded, too uncomfortable a definition because of all the things religion already is. But we can still say the impossible matters in human life. I revel in the impossible task that claims this being born human is a wonder and a chance to savor what is possible by seeking what rages and burns, what soothes and consoles, all that engages and inspires us to revel in the impossible.