What’s at stake in our political stalemate is a conflict of values.  We like to think that values are things we share.  But, in fact, it’s on matters of value that we most likely differ, even to irreconcilability.  It’s important then to try to think in terms of others’ values, particularly those that are unlike your own.

There’s a direct corollary between immediate self-interest and “conservative values.” What _affects_ conservative voters is that the given matter touches their lives with tangible immediacy. This is what is giving pause to the repeal of Obamacare. What _effects_ them is more difficult to demonstrate. But we stand a chance if we make them feel the sting. 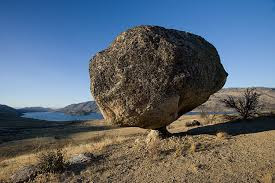 When Rob Portman discovered his son to be gay this caused the Senator to, you know, think about gay people a little. Yes, selfishness is how they begin to see themselves in other people. Empathy is for liberals. When stuff happens to me, well, now that matters. Notice that this is the American way. That’s important too to remember. In the language of business, we fight for the bottom line, profits before people, “it’s only business.” In the language of the entrepreneur there are winners and losers and in a risky world you need to win.

Conservatives only imagine themselves the winners in their Ayn Rand world. This is a key to Trump’s discourse: we are going to win again, bigly. So we must appeal first to their value of self-interest, their commitment to selfishness, and then try, whenever possible, show them that these issues directly effect them and they are losing, again. How’s that? They gotta feel the sting. A good con game is hard to bust but there’s nothing like being made the fool that tells you that the cards are marked.