Skip to content
October 14, 2018October 14, 2018Douglas BrooksLeave a comment
This morning’s New York Times features an op-ed suggesting that we have a God problem, one that points to a “rhetorical problem” because Americans are somehow inhibited, less than fluent in God. 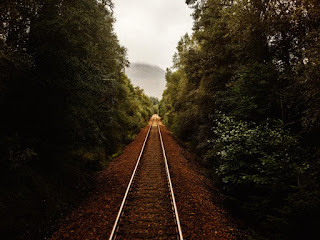 But, truth to tell, that train goes nowhere and the problems we face, especially in America, won’t be solved somehow with “more God.” A more adept humanism need not wholly forsake “god-talk” but unless we take on the follies of supernaturalism, we’re boarding the wrong 21st century train.
First, the link to the article. I’m sure I disagree with just about everything it has to say:

My initial reply is directly to the author:
Perhaps what you really need is a vocabulary suitable for the 21st century, one that employs more sophisticated metaphors rather than traffics in fantasy and anachronism, rooted in the literalism of Bronze Age goat herders? The proof that we don’t need “God” to be moral or to have a conversation about what it means to be moral is just one secular person with sound ethics. That would also suffice to disqualify all of the evangelical Christians now supporting Trump.

The last thing we need is more “sacred language.” Instead, how about more people educated in the rich complexities of humanistic metaphor and the facts of science who can deal more thoughtfully and compassionately with the real world. Life is hard enough without more obfuscating God-talk-nonsense and harder still with more of it, precisely because it’s a means to bypass, false consolation, and creates more ethical atrophy. That’s the more honest “rhetorical problem” before us.

The solution isn’t a more active “vocabulary of faith” but a more open and honest wisdom rooted in plain speaking candor. We can keep the metaphors but let’s keep your revival to yourself, thank you.

But here’s a bit more:

In America the more self-designated religious people are in red states and identify their Republican/Trumpist politics with their God-politics. The outcome? Higherrates of poverty, crime, preventable illness, child abuse, sexually transmitted diseases and unwanted pregnancies. Who pays for this? Blue-state tax dollars where people are less religious and so better able to address these problems.
So there’ll be greater prosperity and joy if we forsake human accomplishment and reason to praise Jesus? Those telling us as much do a fine job reaching into our pockets, ’cause somehow that’s the path to heaven?

Now here’s the alternative.
We _need_ to know too much about the natural world these days to require the supernatural. And _that’s_ the real problem we can solve. People don’t know enough about reality—because that’s hard to learn. They know plenty about God because that’s the easy way to skip the truth.

For those who can’t learn or need to get along with supernatural religious talk, we can feel compassion. Some are compelled for social reasons to claim these beliefs or use this rhetoric just to stay in their tribe. It’s a sociological imperative. Some can’t afford to be more honest but all can be better educated. The godless among us might not be able to be more honest about that without hurting the god-filled’s tender feelings, but that too is a price of education. Those who need to resort to dissimulation might well have to, but that is a steep price to pay just to protect those who can’t handle the facts. It’s no small matter to draw lines between worlds of metaphor and religion-baked fantasies.