Skip to content
January 27, 2017January 27, 2017Douglas BrooksLeave a comment
Words are actions even if they are only the prelude to deeds and outcomes.
After all doesn’t the “man of action” move from pure instinct, from impulse, from the place where thinking just “gets in the way”? Over the past six days —yes, it’s only been six days— the prelude of words has not only brought deeds we can hardly fathom, it has rightly stoked our fears that America is being remade, sacked by a barbaric, infantile anger. So what can we do about it? 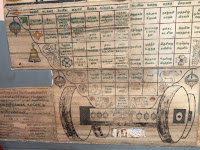 The potential for words should not be underestimated. We know how hungry this glutton is for adulation, how urgently he needs confirmation. Trump neither controls his impulses nor recognizes his own needs: his appetite for approval and need for ratification provide us with real opportunities to expose his disqualification. We must make this “man of action” unpalatable even to his most ardent supporters. We must demonstrate his own de-legitimation, bring it to a breaking point, to a manifest unfitness for the office that even his supporters cannot deny. It will be no small matter to penetrate the sycophants but words that matter will be important actions. Trump can be brought past where he has already gone. Yes, that’s possible.
Of course, the risk in baiting and taunting Trump is that we will suffer only further his preference to punish rather than protect people. But it has indeed come to this. We must urge the press to keep up the pressure and we must do everything we can to expose further the consequences of Trump’s words and deeds. Those phone calls we make to representatives, television report, yes, in comedy, in celebrity tweets words will eventually diminish his power.

Since every taunt, criticism, and public protest only enrages him further and emboldens his worst instincts, we have no choice but to test him to the very limits of his marginal sanity. There is no stopping him, so we must not stop.
His Republican handlers only want power and when Trump threatens their reelection, they too will begin to diminish him. We may not be able to stop their craven policies or prevent the cowardly Trump from lashing out. But getting him to act out, more and more, may eventually break him and create some space between him and his support.
Human beings made art before we made letters because we can sing but letters invented the sounds we remember. We need to torment Trump with song, with words that produce actions that no one will forget. I hope we survive the consequences because what Presidents say matters.