Skip to content
August 30, 2017August 30, 2017Douglas BrooksLeave a comment
Studying Religion and Acting Politically:
How We Decide to be Human
In the study of religion we consider how people’s beliefs, values, and actions inform our human responses to nature, culture, and individual conscience. As professionals we must consider our subject the way a myrmcologist takes up ants, that is, we study our subject first in an effort to suspend our moral bias and emotional judgments to understand what it is we think is true. There is nothing —not one thing— that is unusual about our academic task because we _study_ our subject the way we mean to study _any_ subject. Religion is our subject. This warrants a bit more explanation. 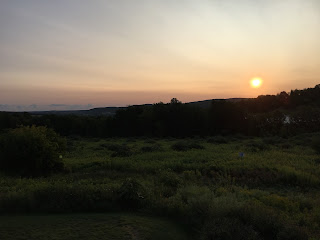 Our resources come from any number of methodologies, because religion is a _subject_ and NOT a method. (Modern political science often describes itself the other way around, fyi.) So, first we pause, consider to take seriously what people say about themselves and what they do, and we do this to place the argument _in front_ of our judgments. This means we pursue clarity and decipherability regarding the evidence ahead of our preferences, as far as possible. This process is not guileless or wholly objective (because there is always a subject) but it intends to be honest, aiming with acidic but not corrosive transparency towards an assessment of the facts. What makes studying religion strange is that we must distinguish ourselves from those advancing or advocating a particular religion, even if we share similar objectives such as a transparent assessment of facts. We might call the study of religion a secular religion insofar as it is based on such an essential claim deemed uncompromisable. However, our facts are vulnerable in ways that most religions reject, they can be revised in the fact of evidence, our findings may be refuted by further study, and, most importantly, there are methods of disproof that separate our pursuit from religious dogma. We ask how we could be mistaken rather than merely attempt to prove our correctness.

But just as fire ants can pose a clear danger to human life, and so require us to act in ways to address their behaviors, so too the _consequences_ of religion demand a similar evaluation, both moral and practical. First understand what people are saying, ferret out their complex historical features, their use of language, attempt to discern the underlying motivations and meanings with as much honest claim to truth as is possible before drawing conclusions. (Certain religious traditions may pursue truth with just as much emotional composure and intellectual clarity and so share in the spirit of secular inquiry.)

In the so-called Nashville Statement (warm apologies to Nashville and to those rejecting this identity) from The Council on Biblical Manhood and Womanhood we need to understand that both the methods of our secular study and the outcomes are determined to be a threat to their version of Christianity. When someone claims to be a “true Christian” (or “true Anything”) remind yourself that such persons _believe_ this and that _each_ claim is “true” insofar as that is their belief. ALL such claims are valid inasmuch as the claim itself is _believed_ and to acknowledge that fact is called the “principle of charity” in the study of religion —we are charitable to admit that people’s claims must be taken seriously. This process is not to be confused with endorsement or the principles of soundness in argument. (Arguments can be valid but not sound because a valid argument merely requires the conclusions to follow from the assumptions; a valid argument does not require the assumptions to withstand scrutiny nor does it require the evidence to withstand critical examination.)

There is nothing particularly new about the “Nashville Statement” insofar as many of the same voices have advanced this kind of “evangelical Christianity” for decades. What makes this kind of statement more interesting than its predictable content is its timing, its context, and the way these same people are now emboldened by their political allies. It is a certainly a political evaluation to conclude that these views are homophobic, deeply prejudicial against LGBTQ persons, and mean to establish as dogma opinions that others, including other Christians, would reject.

It is also seems to me an indisputable _fact_ that these views are morally repugnant to a society based on inclusion, no matter how they are derived or asserted on the basis of religious belief. If we assert the right of freedom of religion and these are expressed as religious views then their explicit rejection of same sex marriage and other human rights should lead us to conclude that our only recourse _is political_. To deny human rights on the basis of religion is a political choice, not only an ethical decision founded on some or another belief system. However we might protect their rights to express and to harbor such beliefs, religion grants no immunity to their moral depravity. Such a judgment of moral turpitude is not religiously grounded, it is secularly determined by claims to legal rights. Our fundamental recourse for those of us who are appalled by such beliefs is to deny these people legal power to determine the course of society —to keep them out of power legally. Religion is always political, this too is a fact of history.

For the record, below is a link an article about the Nashville Statement with an internal link to the document.